While a discovery from 2016 did reveal the presence of a small asteroid trapped in Earth’s orbit, this object cannot be classified as a moon. 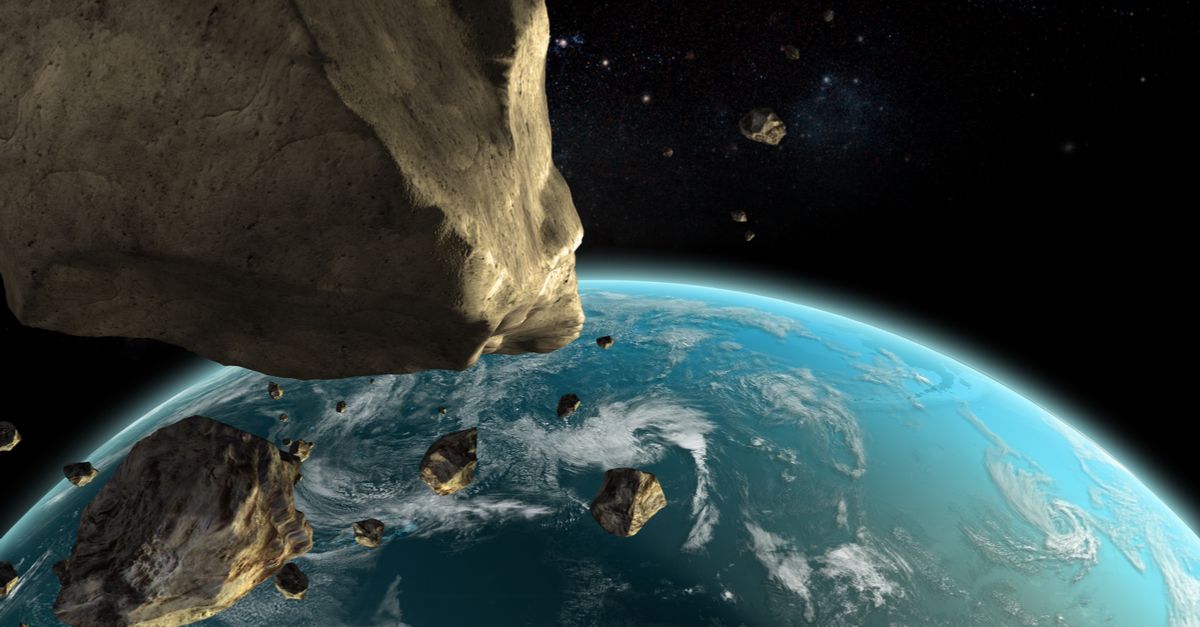 On 15 June 2016, NASA reported on the discovery of a small asteroid that, by virtue of some of the funkier aspects of orbital mechanics, is stuck alternately following and leading Earth's orbit around the sun in a highly irregular and circuitous path:

A small asteroid has been discovered in an orbit around the sun that keeps it as a constant companion of Earth, and it will remain so for centuries to come.

As it orbits the sun, this new asteroid, designated 2016 HO3, appears to circle around Earth as well. It is too distant to be considered a true satellite of our planet, but it is the best and most stable example to date of a near-Earth companion, or "quasi-satellite."

Despite a number of assurances that this body, for myriad reasons, does not fit the actual scientific criteria to be considered a natural satellite (i.e. a moon), versions of the story continue to reappear online with variations of the headline like this one, from a February 2017 post on the website “Untold Universe”:

NASA CONFIRMED THAT EARTH HAS A NEW MOON

Firstly, it is inaccurate to refer to 2016 HO3, which is thought to be between 300 and 120 feet across, as a moon of Earth because the object's orbit is not stable. Instead, the asteroid, which was once in orbit around the Sun, has been caught up in the gravitational pull of our planet in a “quasi-stable” arrangement:

In its yearly trek around the sun, asteroid 2016 HO3 spends about half of the time closer to the sun than Earth and passes ahead of our planet, and about half of the time farther away, causing it to fall behind. Its orbit is also tilted a little, causing it to bob up and then down once each year through Earth's orbital plane. In effect, this small asteroid is caught in a game of leap frog with Earth that will last for hundreds of years.

The second reason 2016 HO3 is not a moon is that its presence in our orbit is likely temporary. Scientists estimate that 2016 HO3 has potentially been trapped in this dance with Earth for around a million years (that sounds like a long time, but it's a blink of an eye compared to the one-and-only moon's four billion plus year co-existence with Earth), and that it will likely stay in its current setup for at least another 300 years. It is unlikely, however, to remain a permanent fixture in our neck of the solar system.

Third, the object is simply too far away. NASA reported in their announcement that the asteroid is “too distant to be considered a true satellite of our planet.” The closest 2016 HO3 gets to Earth is about 38 times the distance between the Earth and the moon.

This is far from the first quasi-satellite of Earth discovered. This one is just longer-lasting and more stable than the five other quasi-satellites that have been discovered, per a 2016 paper on the topic:

Because none of these objects meet the criteria to be considered a moon, we rank the claim that NASA has confirmed the existence of a second Earth moon as false.