Did NASA Fund Theological Research To Study How Humans Would React to Extraterrestrial Life?

The total price tag was said to total more than $1.1 million. 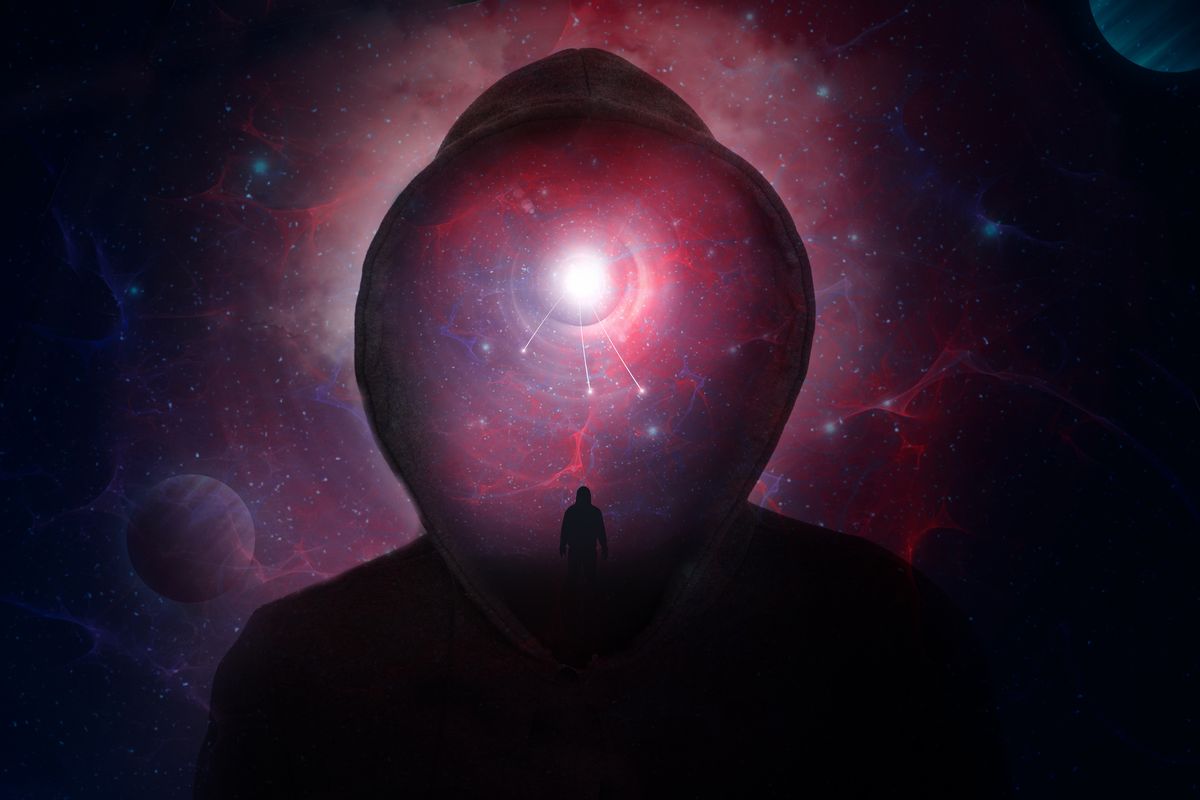 A science fiction concept of a hooded figure without a face. Over layered with a man looking into a universe of stars and planets. (Image Via Getty Images)

Claim:
NASA provided $1.1 million in funding to a religious organization to study how humans may react to life beyond Earth.
Rating:

It is true that NASA provided funding to the Center for Theological Inquiry in 2015 to address the societal implications of astrobiology and life beyond Earth. However, the NASA-funded portion of the research concluded in 2017 and the space agency was not involved in the selection of researchers involved in the study, nor were any of the scientists involved directly employed by NASA.

NASA made new headlines in late 2021 for an old program that supposedly funded an effort to understand how humans would react to life beyond our home planet. While the hunt for alien life isn’t anything new, the take on the search was: The space agency was said by publications like the New York Post to have hired theologians to “to understand how humans will react to news that intelligent life exists on other planets.”

The story picked up speed in late December and was covered by a number of publications. It also made for an interesting gab on social media:

And while the claim is largely true, it is based on events that happened years ago. In an email to Snopes, NASA confirmed that it had partially funded research conducted by the nonprofit organization Center for Theological Inquiry (CTI), in Princeton, New Jersey. (The institution is not affiliated with the university as some publications reported.) But the grant ended after two years and the space agency was not involved in the selection of researchers involved in the study, nor were any of the scientists directly employed by NASA

“Addressing the societal implications of astrobiology and, specifically, the potential societal impact of finding life beyond Earth, has been a goal of NASA since 1998,” a spokesperson told Snopes.

“The agency's Astrobiology program provided partial funding through a grant to the CTI in 2015 to assess societal implications for NASA’s astrobiological and search for life efforts.”

NASA further noted that the researchers involved in the study were selected exclusively by CTI.

“NASA was not involved in the selection of researchers for this study, and individuals who receive grant funding from NASA are not employees, advisors, or spokespersons for the agency,” said the spokesperson. “Thus, the researchers and scholars involved with this study were not hired by NASA, but instead received funding through CTI to conduct this work.”

In an email to Snopes, CTI specified that its research was not a search for aliens, nor did its scientists work for or advise NASA on that topic. Rather, the work focused on "the scientific study of the potential of the Universe to harbor microbial life beyond Earth."

"The grant was awarded to enable scholars in the Humanities to become conversant with the current science of astrobiology, and to study its implications for humanity’s views of the natural world in religion and society," a spokesperson told Snopes. They added that the work is available in the institution's magazine, Fresh Thinking (Issue No. 1, 2018, pages 32-45; Issue No. 2, 2019, pages 6 to 15).

The story originated on Dec. 22, 2021, when the United Kingdom-based newspaper The Times published an interview with a British priest, Reverend Andrew Davidson, who was among 24 theologians to have taken part in the NASA-sponsored program. Davidson was speaking to his upcoming book, “Astrobiology and Christian Doctrine,” set to be published in 2022.

A blog stub published by the University of Cambridge further confirmed the work in collaboration with NASA. Davidson, who was a Starbridge Lecturer in Theology and Natural Science at the time of the study, described is project as “easy to define.”

“I am researching and writing a survey of the main topics in Christian belief — what is sometimes called ‘systematic theology’ — from the perspective of life elsewhere in the universe. I am thinking about its bearing on the doctrines of creation, sin, the person and work of Jesus, redemption, revelation, eschatology, and so on,” he said.

“I see my main task as identifying, and working with, parts of the theological tradition that could bear directly upon the topic, even though they have not yet been brought to bear… So far, my attention has mainly been focused on what theologians call Christology: the discussion of who Jesus was, and in particular of what it would mean to hold that he is both human and divine.”

CTI described itself as “convening theologians and researchers in the humanities and sciences to think together on God and global concerns.” But at the time of the initial funding, the question over whether government funds ought to be allocated to a religious institution, specifically one of Christian orientation, was a controversial one. A letter written by the freedom from Religion Foundation in June 2016 formally requested that NASA rescind the grant, calling it “both unconstitutional and unnecessary” and an “egregious misuse of secular tax dollars.”

Snopes contacted CTI for more information about the findings of the research but did not receive a response as of this writing. We will update the article accordingly. However, an article published by Davidson in 2018 in the journal Theology and Science described his research:

Christian theologians have considered the significance of life elsewhere in the cosmos since the fifteenth century, but the brevity of these discussions calls for greater theological precision: the notion of multiple incarnations, for example, is often explored without reference to the detail of Christological formulations. Attention to the logical mode in which such work is set out is also fruitful, where the scholastic category of suitability or fittingness holds particular promise. As suitable, God’s actions are free and yet congruent, being consistent with the divine nature, with creaturely natures, and with the ends of God’s dealings with creatures.

Other research posits similar questions, arguing that the study of astrobiology and its intersect with theology present broad consequences, as billions of people around the world subscribe to religious beliefs. Finding extraterrestrial life could exacerbate theological questions surrounding the human origin story, the purpose of life, and could raise concerns that affect how humans conduct themselves, such as begging the question of ethical responsibilities toward life discovered beyond earth.

“NASA Paid Priests to Figure Out How to Deal With Aliens.” Futurism, https://futurism.com/the-byte/nasa-priests-aliens. Accessed 29 Dec. 2021.

Schulson, Michael. “Should NASA Have Given $1.1 Million to a Theology Institute?” Religion Dispatches, 29 June 2016, https://religiondispatches.org/nasa-theology/.

Update [Dec. 30, 2021]: Article was updated to include comments from CTI and clarify that the institution is located in Princeton, New Jersey and not affiliated with the university.