Viral images purport to show examples of a 'Narilatha Flower' or 'Nareepol Tree' with blossoms in the shape of a woman's body. 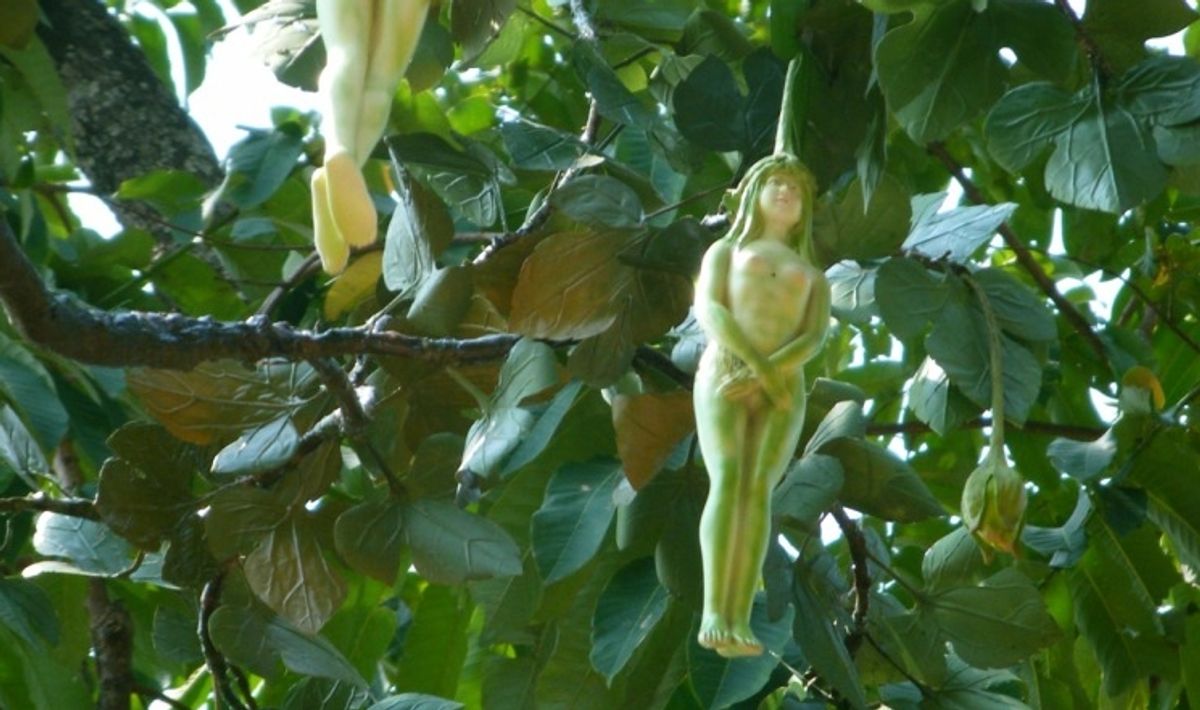 Claim:
Viral images show specimens of a plant with flowers in the shape of the female body.
Rating:

It is called the Narilatha flower, which when translated in Hindi means flower in the shape of a lady. It is also called the Liyathabara Mala in local Sri Lankan dialect. The tree is also said to be found in Thailand where it is allegedly called "Nareepol."

The Narilatha flowering plant is said to grow in the hilly slopes of Himalayas in India and is understood to bloom once in two decades only; in other words it blossoms into a lady like flower after a 20-year interval. It is believed that in times of yore the concentration of hermits and sages doing deep meditation would be shattered at the sight of these lady-shaped flowers.

The Narilatha or Liyathambara flowers said to be in the shape of a women are considered one of the most wonderful and rarest of flowers in the world. A recurring motif in South Asian mythology and folk art is known in Sri Lanka as "nari-lata" (or "nari-lata-vela," and sometimes "ndri-lata"), usually translated as "woman vine."

One old story about the nari-lata repeated in an 1891 volume of The Theosophist holds that its beauty is such that meditating hermits are unable to hold their concentration in its presence:

The hermits, who live on withered and wind-borne leaves, are tempted by the sight of naari-lata flowers and lose their devotion; hence if any one who lives sumptuously on milk, curdle and other nourishing food says that he has subjugated his senses, it is like saying that Maha Meru is floating on the surface of the ocean.

For all its supposed temptations, traditional folk art depictions of the dreaded (at least by monks) nari-lata tend to be sedate and unprovocative, at least to modern eyes. This photo from a 1906 volume cataloging the antiquities collection of the Colombo Museum of Sri Lanka shows an embroidered betel bag with the nari-lata design: In 2008, the Internet produced its own full-color, updated version of the nari-lata plant" — now spelled "narilatha," and also referred to as "nareepol," "nareephol" or "nariphon" tree — featuring improbably lifelike flowers in the shape of women's nude bodies dangling from high branches in a region sometimes identified as the Himalayas, sometimes as Thailand:

If such a flower or fruit actually exists outside of folklore, it's unknown to botanists. We haven't found reference to such a plant in any handbooks or textbooks of botany. That having been said, neither are there obvious signs that the images and video have been tampered with, which leaves only one logical explanation for the existence of the one-of-a-kind photographic "evidence" above: namely, that the "narilatha flowers" shown were carefully constructed physical props designed to fool us, entertain us, or both.