Did Photographs Show a Naked Woman Protesting in Portland? 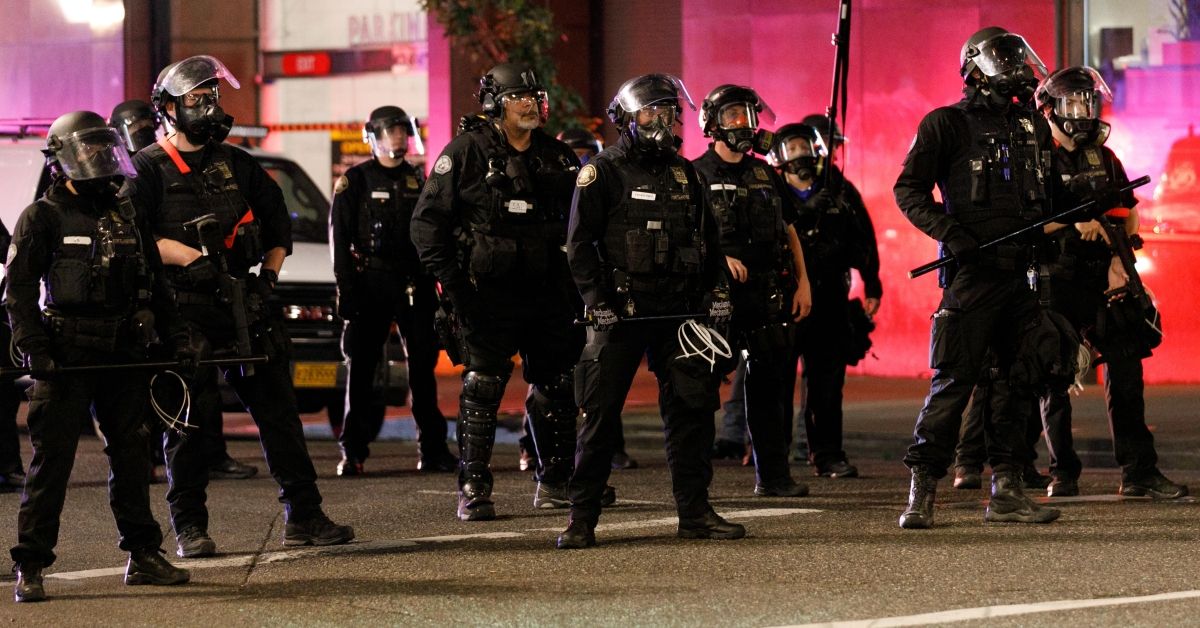 Claim:
A naked woman protested on the streets of Portland in July 2020.
Rating:

(Note: This article does not contain graphic images of nudity, but many of the links to original sources do. Any pixellation of images was done by Snopes).

In July 2020, readers asked us to verify the authenticity of photographs that appeared to show a naked woman sitting in a street and taking part in protests against police brutality and racial injustice in Portland, Oregon.

On July 18 and 19, Facebook users posted the photograph along with the following description:

"Police officers in Portland, Oregon were caught off guard after being approached by a nude female demonstrator, who lay down in the street and began performing yoga. The cops were then filmed 'withdrawing.' A woman wearing nothing except a mask and a beanie approached a group of officers clearing out the downtown area in the early hours of Saturday. A line of police and federal agents were standing at an intersection when the naked woman seemingly appeared out of nowhere."

'Naked Athena appeared and the little boys didn’t know what to do,' joked Donovan Farley, a reporter on the ground who documented the risque confrontation." The images also formed the basis of news reports by The Oregonian, the Daily Mail, and the Russian state-controlled RT network. In fact, the text highlighted above was taken from the RT article in question.

The photographs were authentic, and documented a brief period during protests in the early hours of July 18, when a naked protester confronted federal law enforcement officers and police wearing riot gear in Portland.

Farley captured several photographs of the unidentified woman, as well as video footage of her standing before a line of police officers at the intersection of SW Taylor St. and SW 3rd Ave. in Portland. Farley posted the images while live-tweeting about incidents at the protest.

As to why he chose the name "Athena"?

"I picked Athena simply because that's what popped into my head — given she's the patron goddess of heroic endeavor and in the circumstances, I felt the moniker appropriate," Farley told us.

Dave Killen, a photographer for The Oregonian, also posted a photograph of the naked protester to his Twitter and Facebook accounts, noting that the image was captured at around 1:45am local time on the morning of July 18.

The photographs of the protester were therefore captured by more than one person, taken from various angles, and video footage of her was posted in real-time, establishing the authenticity of the images.