Lindell, a prominent Trump ally who was banned from Twitter earlier in 2021, has also championed his new social network, Frank, as "the voice of free speech." 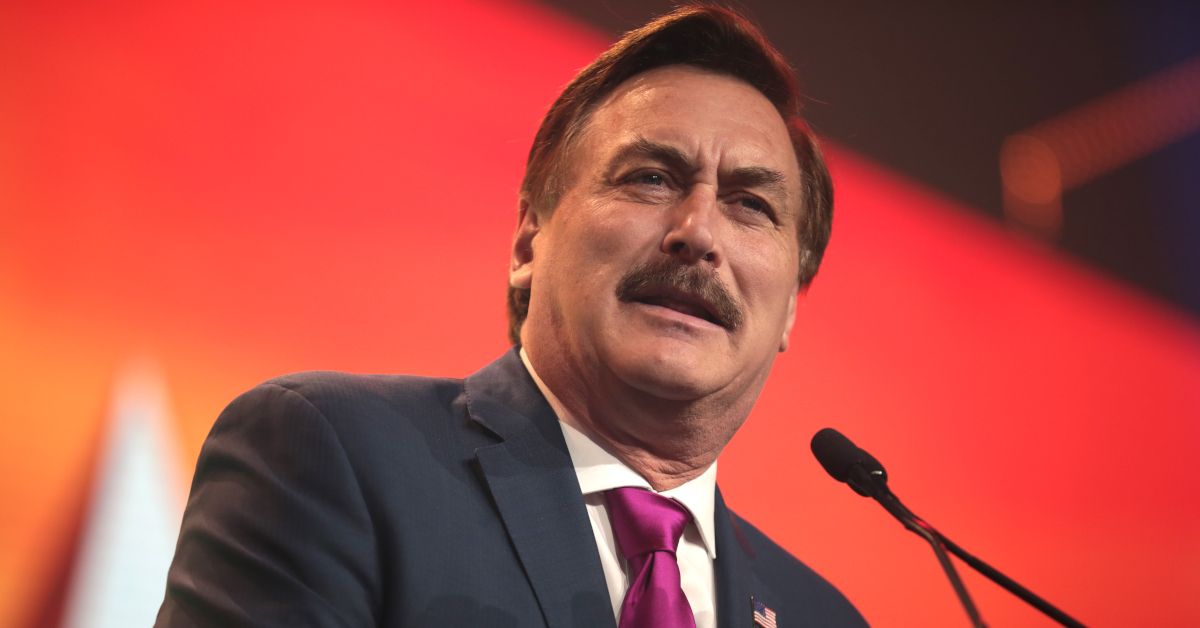 In April 2021, news reports claimed that MyPillow CEO Mike Lindell had made a somewhat ironic pronouncement about the limitations that would be placed on content in a new social network, called Frank, which he purported to be launching in the coming days.

Lindell, an ally and continuing supporter of former U.S. President Donald Trump, was banned from Twitter in early 2021, after persistently promoting the baseless conspiracy theory that President Joe Biden's November 2020 election win resulted from systematic and widespread electoral fraud. He has described his own planned social media site as "the voice of free speech" and a haven for those who have been "shamed, marginalized, and characterized for speaking forth truth."

On April 14 and 15, several websites reported, with raised eyebrows, that Lindell had vowed users of Frank would not be allowed to swear or take "God's name in vain" — restrictions that are not present on major social networks such as Twitter and Facebook.

If you’re after a healthy serving of irony, look no further than Lindell, the rightwing conspiracy theorist who has developed a firm loyalty to former president Donald Trump, and fed into the false claims that Joe Biden stole the 2020 US election.

Recently, he spoke about the launch of his new social media platform, Frank, as he shared some more information on his latest venture. Its aim is to unite Conservatives who don’t appreciate having to adhere to the terms of use on Twitter or Facebook; instead offering a place where people can speak freely and, well, frankly in an echo chamber to rival the likes of Parler and Gab.

The only catch, however, is that Mike doesn’t want users sharing certain words and will ban anyone that does. In a recent video, the 59-year-old revealed the specific rules of his free speech safe space: ‘You don’t get to use the four swear words: the c-word, the n-word, the f-word, or God’s name in vain.’

The Washington Times and The Verge published articles which similarly highlighted the degree of irony in those restrictions, on a site that Lindell has championed as a bastion of free speech.

Those reports were accurate. In a video that appears to have been posted on April 14, Lindell gave a general, and at times rambling, description of Frank, saying users would get a preview of it on April 16, 2021, but it would be formally launched on the morning of April 19, 2021. Lindell said Frank would be "like a YouTube/Twitter combination, you've never seen anything like it," and added:

And I do want to say one thing. That when you get in there on Thursday [April 16], when you get in there, look at our — I want you to look at our mission statement. Because we went back and defined — we found from our founding fathers and the Supreme Court and stuff, what defines free speech. So you're not going to have to worry about people, that they're on there, there's going to be a good reporting system. But you don't get to use the four swear words, you know the C word, the N word, the F word, or God's name in vain. You can't — free speech is not pornography, free speech isn't "I'm going to kill you." It's very well defined in our mission statement. [Emphasis is added].

Major platforms such as Twitter and Facebook, which Lindell and others have criticized as policing speech, do not have an outright ban on the words to which Lindell alluded, but do prohibit hate speech and harassment.

Those social networks do not prohibit content that could be interpreted as blasphemous, such as taking "God's name in vain," as Lindell described. However, both Facebook and Twitter have, controversially, cooperated with government officials in cracking down on blasphemy in specific countries where it is outlawed.