Was a Mistake Found in the Movie 'My Cousin Vinny'?

A temporal goof occurred in the 1992 movie "My Cousin Vinny" during a scene filmed at a corner table inside a real barbecue and seafood restaurant. 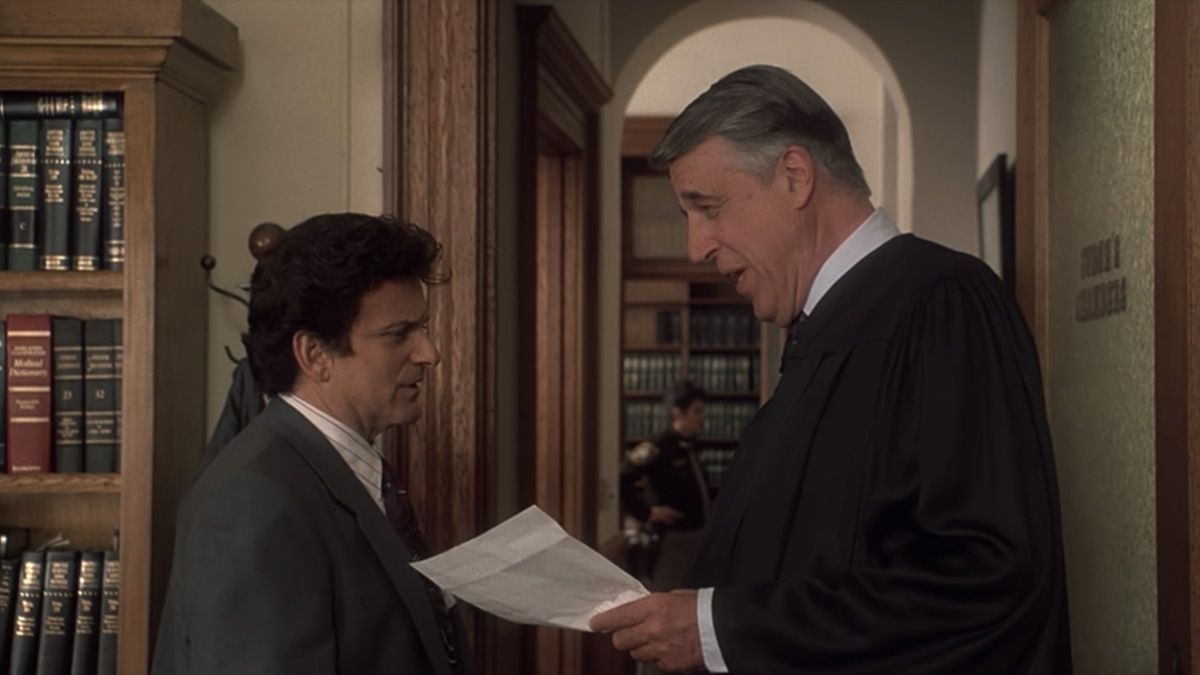 Claim:
An online advertisement revealed a continuity mistake in "My Cousin Vinny."
Rating:

Online advertisements that lead to lengthy slideshow articles are often misleading and unreliable. However, one ad that teased a reveal of "the mistake that made it into 'My Cousin Vinny'" actually delivered on its promise: It's true that a minor mistake was found in the 1992 comedy film "My Cousin Vinny." It's also true that an advertisement led readers to the MobiSpirit website, which revealed the mistake in its 44-page story. The full article was originally published on Jan. 14, 2021, by the Everyday Koala website.

Thankfully, the mistake wasn't part of the more quote-worthy scenes about grits or "two youts," but eagle-eyed moviegoers did spot a small continuity error near the end of the film.

At the 1:33:55 point in the movie, Judge Chamberlain Haller speaks to the lead character, Vinny Gambini, who was portrayed by legendary actor Joe Pesci. In the scene, the judge attempts to reach someone on the phone who can verify that Vinny is who he says he is (i.e., a lawyer). However, the judge is told the person will call him back later.

"He's gonna call back after 3:00," Judge Haller tells Vinny. "That gives you a stay of execution, unless by some miracle you happen to win this case in the next 90 minutes. Why don't you go to lunch?" This line from the judge indicated that the time of the scene was intended to be just after 1:30 p.m.

In the next scene, Vinny is sitting down for lunch at Dave's Bar-B-Q and Seafood. Outside the window, a bank clock reads "12:59." This clock was part of the continuity mistake in "My Cousin Vinny," as time in the film characters' universe suddenly seemed to move backwards over half an hour: At the end of the scene, the clock on the bank sign appeared to read "4:25," while the outdoors lighting was slightly darker: Vinny obviously wasn't eating lunch for more than three hours, nor did he fail to return to court before 3:00 in the afternoon. The change in the time on the bank clock indicated that the scene took several hours to shoot in real time, even though the scene covered much less elapsed time.

The same restaurant, later called Dave's B-B-Q & Soul Food, was still operating decades later, although it appears to have closed sometime around 2016. The building might still be standing at 114 Frobel St. in Monticello, Georgia: The story for "My Cousin Vinny" takes place in Alabama, although it was filmed in Georgia. Other locations from the film can still be visited in the present day.

When "My Cousin Vinny" came out in theaters, Pesci had just starred in two classic films, "Home Alone" and "Goodfellas," both released in 1990. "My Cousin Vinny" wasn't Pesci's only film that opened in 1992, though -- "Home Alone 2: Lost in New York" and "Lethal Weapon 3" were also released that same year.

The highest honor the film received was when Marisa Tomei won an Academy Award for Best Supporting Actress for her role as Mona Lisa Vito. (That award itself became the subject of a prominent urban legend.)

In sum, a movie mistake for "My Cousin Vinny" was teased by an online advertisement. Such ads are often quite misleading, so it was quite a surprise to find one that delivered on its promise.