Did Rudy Giuliani Suggest Borrowing a Legal Tactic from 'My Cousin Vinny'? 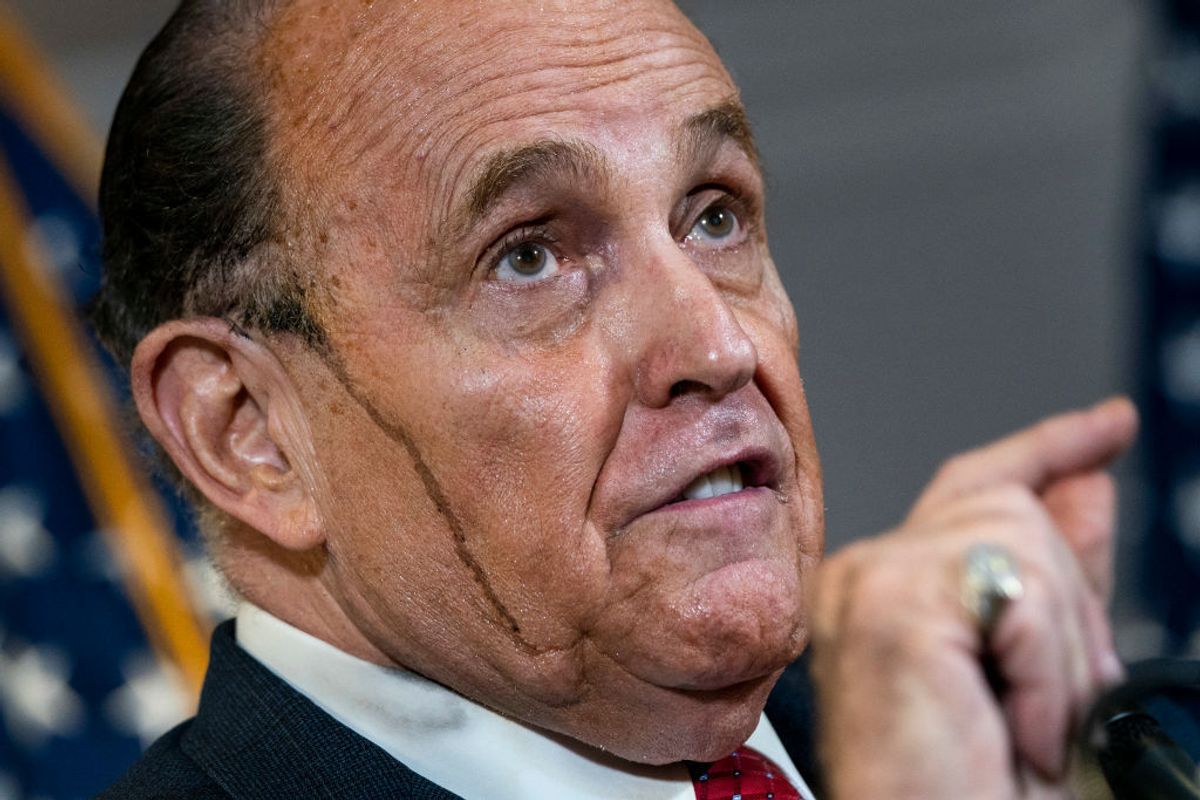 On Nov. 19, 2020, outgoing U.S. President Donald Trump's personal legal team held a news conference in which it promoted the falsehood that the 2020 election was beset by massive voter fraud, arguing that Trump should be installed as president even though he lost the election to Democrat Joe Biden.

During the nearly hour-long news conference, Giuliani made a reference to one of Trump's false narratives: That Republican election monitors weren't allowed to view the ballot counting process in Michigan, a state Biden won. In so doing, Giuliani referenced the popular 1992 movie "My Cousin Vinny." In that fish-out-of-water movie, Joe Pesci plays a New York lawyer who goes to rural Alabama to defend his young cousin against murder charges.

We could do like a, did you all watch "My Cousin Vinny"? You know the movie? It's one of my favorite law movies, cause he comes from Brooklyn. And when the nice lady said she saw, and then he says to her, "How many fingers do I — How many fingers do I got up?" And she says, "Three."

Giuliani was referencing a scene in the movie when Pesci's character, Vinny Gambini, tests the eyesight of a myopic witness to prove she couldn't have seen what she claimed to have seen. Giuliani argued that witnesses monitoring vote counting in Michigan were too far away to see what was happening. It was a claim made by the Trump campaign in an election-related lawsuit, but the lawsuit was withdrawn on Nov. 18, 2020.

Video of Giuliani's statement can be seen embedded in this tweet posted by Vox journalist Aaron Rupar: