Did a Man Escape a Murder Charge Because of New York’s Reproductive Health Act?

Anthony Hobson, who killed his girlfriend and her unborn child, was originally going to be charged with both unlawful abortion and second degree murder. 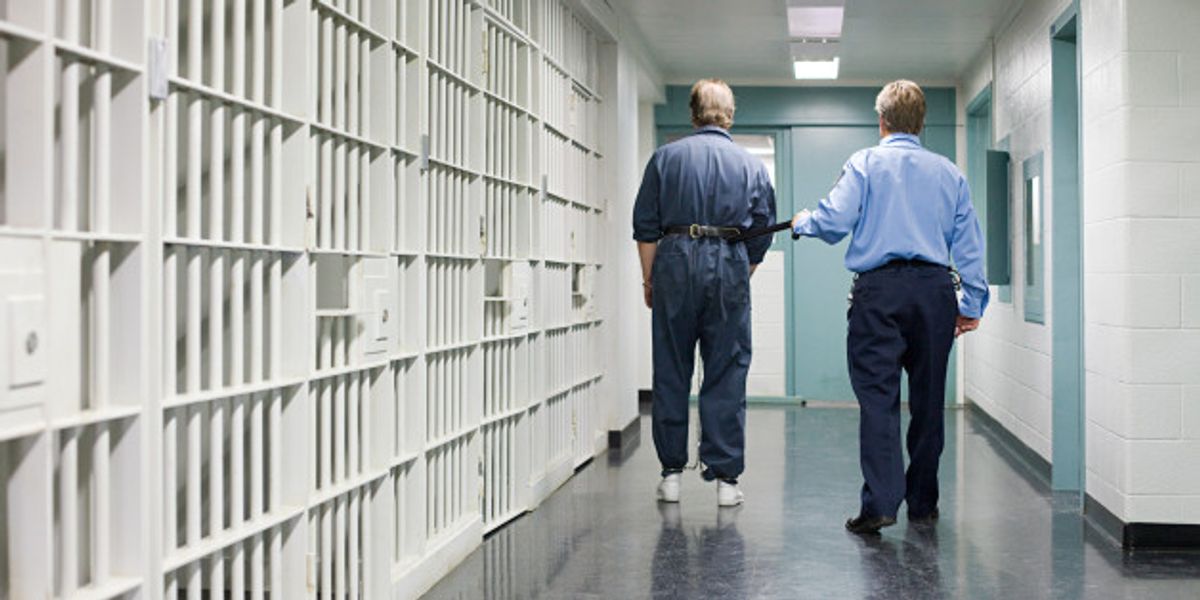 Prisoner and guard (Image Via Shutterstock)

Anthony Hobson stabbed his girlfriend in the stomach, killing both her and her unborn child. Prosecutors originally intended to charge him with both second degree murder of the mother as well as “unlawful abortion,” but due to the passage of New York’s Reproductive Health Act the latter charge was dropped.

Hobston was still charged with the murder of his girlfriend, and the dropping of the “unlawful abortion” charge likely would not affect his potential sentencing since the murder charge would supersede the unlawful abortion charge.

On 22 January 2019, New York state enacted the Reproductive Health Act (RHA), a law that -- as described by its advocates -- was intended to bring New York state, which had legalized abortion prior to the 1973 Roe v. Wade ruling, in line with the less restrictive federal standards generated by that ruling and modern medical guidelines:

The Reproductive Health Act would fix a troubling gap in New York’s abortion law. New York reformed its abortion law in 1970, three years before the Supreme Court issued its landmark decision in Roe v. Wade. While New York’s abortion statute allows abortion throughout a pregnancy when necessary to preserve a woman’s life, the statute does not allow abortion care after 24 weeks from the commencement of pregnancy to preserve a woman’s health or in cases of fetal non-viability. Thus, although the U.S. Constitution requires state law to allow for abortion in each of these circumstances, New York law does not comport with Supreme Court jurisprudence and the law is inconsistent with current medical guidelines.

The most controversial effect of this act was that it removed abortion from the New York criminal code. Prior to the RHA, homicide charges could encompass the abortion of “an unborn child with which a female has been pregnant for more than twenty-four weeks” even if the fetus were not viable. Now in New York abortion is regulated under public health law rather than under the criminal code.

This issue drew significant national attention following the New York Post’s coverage of the gruesome murder of Jennifer Irigoyen and her unborn child by her boyfriend, Anthony Hobson:

Hobson was captured on surveillance video at around 1 a.m. as he dragged Irigoyen from the hallway of her third-floor apartment to a stairwell, officials said. “He’s got a knife! He’s going to kill the baby!” Irigoyen had shouted, a witness previously told The Post. The expectant mother was then knifed multiple times in the torso, neck and abdomen, authorities said. She was rushed to Wyckoff Heights Medical Center, but neither she nor her unborn baby could be saved.

Hobson was charged with second degree murder on 8 February 2019. The Post later reported that prosecutors had “initially included a charge of abortion ... but rescinded it because of Gov. Andrew Cuomo’s new Reproductive Health Act.”

Meris Campbell, a spokeswoman for the New York district attorney, told the New York Times that “prosecutors dropped a second-degree abortion charge after learning that the Reproductive Health Act, which was signed on Jan. 22, had stripped the crime from the state penal code.”

This case became a galvanizing point for the pro-life movement. The Times cited the statements of New York State Catholic Conference spokesperson Dennis Poust, who tweeted that “Thanks to the #RHA, it’s open season on pregnant women in New York.”

On 11 February 2019, Bill Donohue, the president of the Catholic League for Religious and Civil Rights, penned a story for LifeNews.com with the headline “He Stabbed His Girlfriend’s Stomach to Kill Her Baby, Won’t Be Charged Because of New York’s Abortion Law.”

Donohue’s headline was misleading. Though it was made clear in the body of the article that Dobson was still being charged with second-degree murder, the headline made it sound as though he were not being charged with any crime. According to Daniel R. Alonso, a former chief assistant prosecutor in the Manhattan DA’s office, who spoke to the Times, the dropping of the abortion charge would not have affected Dobson’s potential sentence length:

Alonso ... said in an interview ... that charging Mr. Hobson with abortion would not have affected his potential sentence for murder, which supersedes an assault charge. “The basic thing is, because the killing of the fetus is the same act as the killing of the mother, even though they were separate charges under the old law, you couldn’t get more than 25 to life,” he said.

New York State Senators Liz Krueger and Anna Kaplan, the two co-sponsors of the Reproductive Health Act, argued in an 8 February 2019 editorial published in the Albany Times Union that the RHA does not prevent “appropriate charging and sentencing of violent perpetrators”:

The RHA removes abortion from the penal code, treating it just like every other medical procedure. This has led to accusations that the RHA eliminates the ability for victims to seek justice when a violent crime causes the loss of a pregnancy. This is yet more misinformation.

Physical assault resulting in the loss of pregnancy qualifies as first-degree assault, which carries a penalty of five to 25 years, far more than the previous sentence for "unlawful abortion." Furthermore, judges have discretion to increase the penalty in cases where the crime was particularly violent. The RHA does not prevent appropriate charging and sentencing of violent perpetrators.

The ambiguously constructed assertion presented by LifeNews and others that a man “Won’t Be Charged Because of New York’s Abortion Law” is only partially true. Dobson won’t be charged with “unlawful abortion” because the RHA removed that crime from the state penal code, but he is still charged with murdering his girlfriend, and the dropping of "unlawful abortion" charges against him will not alter his prospective sentence length if he is convicted.