Was a Mummified Monk Found Alive in Mongolia? 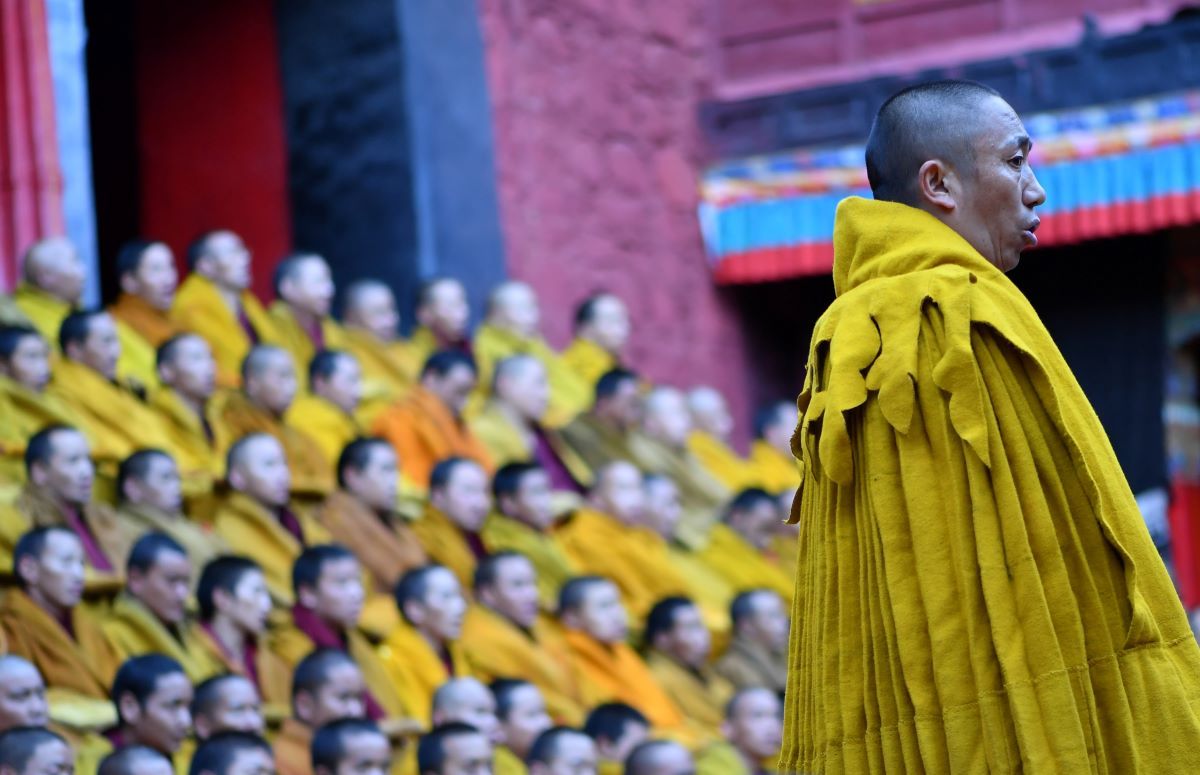 Claim:
A mummified monk was found in Mongolia seated in lotus position and "still alive."
Rating:

A mummified monk seated in lotus position was found in Mongolia in 2015.

There is no indication the monk was "alive" when found; this aspect of viral news stories appeared to be based on one vague quote in a Siberian newspaper.

In November 2020, social media users shared videos posted to the platform TikTok that claimed a mummified monk found in Mongolia was in fact still alive and in a deep state of meditation.

The story initially hit the news in 2015 when the estimated 200-year-old remains, found seated in the lotus position, were discovered in Mongolia's northern Songinokhairkhan province. But the rumor gained new legs in late 2020 thanks to viral TikTok posts:

The most sensational part of the TikTok video is the same aspect that made the story go viral in 2015 — the idea that the monk was found alive and in a deep state of meditation. It caught on probably because themes like zombies and ancient frozen people thawing out and reanimating remain ubiquitous pop culture fixtures.

But the idea that the monk was meditating and not dead appears to be nothing more than speculation based on a quote in one story published by the Siberian Times on Feb. 2, 2015. In that story Ganhugiyn Purevbata, founder and professor of the Mongolian Institute of Buddhist Art at Ulaanbaatar Buddhist University, is quoted as saying:

"Lama [Tibetan Buddhist spiritual leader] is sitting in the lotus position vajra, the left hand is opened, and the right hand symbolizes of the preaching Sutra. This is a sign that the Lama is not dead, but is in a very deep meditation according to the ancient tradition of Buddhist lamas."

In an analysis of these media stories at the time, the Daily Beast observed that this comment was probably more figurative than literal:

First, the only person to have actually claimed the monk is “not dead” is an art professor in Ulaan Baatar. Reading the statement closely, it’s quite likely that the professor, Ganhugiyn Purevbata, was explaining the iconographic symbolism of the monk’s posture: the lotus position, the open left hand, et cetera. “This is a sign” may be better rendered as “this is a symbol.”

Second, it is a common practice in Vajrayana Buddhism (which includes most forms of Tibetan Buddhism, as well as many found in Mongolia) for the bodies of well-known teachers to be entombed sitting in lotus position, and preserved in salt. Indeed, most of the past Dalai Lamas have been preserved in this way, and can be seen to this day in the Potala Palace in Lhasa. It would not be unusual for a respected Vajrayana teacher to be buried in this way.

The Siberian Times reported that researchers believed the identity of the monk was a religious man named Tsorzh Sanzhzhav and that police had recovered the mummified body, which was wrapped in animal skin, before it was to be sold on the black market.

In March 2015, the Siberian Times reported that the monk's body would be returned to its original resting place in a cave alongside his spiritual leader:

Tsorzh Sanzhzhav, who was born about 200 years ago, was a disciple of one of the greatest Buddhist teachers that ever lived and had been buried alongside his elder master.

He was a student of His Holiness Incarnate Ovgon Geser Lama, who is revered in the region and whose grave is visited annually by pilgrims wishing to pray.