Did MSNBC Use a 'Trump Worried About Pecker Leaking' Chyron?

The chyron 'Trump Worried About Pecker Leaking' was created by an internet prankster, not the graphics team at MSNBC. 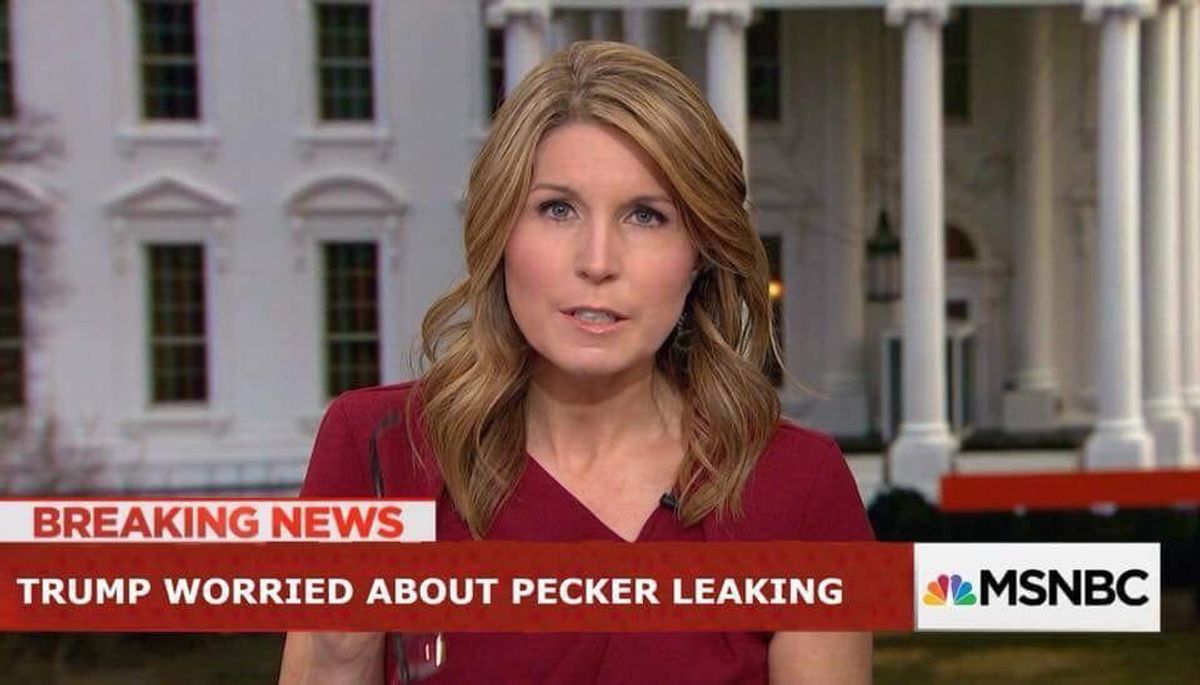 On 24 August 2018, news outlets reported that David Pecker, the CEO of the National Enquirer, had been granted immunity by federal prosecutors in exchange for providing information about President Trump and his former lawyer, Michael Cohen, in regards to hush payments made to at least two women during the 2016 presidential election. Shortly afterwards, an image purportedly showing a screenshot of an MSNBC broadcast featuring the chyron "Trump Worried About Pecker Leaking" started making its way around the internet: While Pecker's last name certainly creates the opportunity for some punny humor, and while President Trump may indeed be worried about the National Enquirer CEO's leaking information to federal prosecutors, this is not a genuine chyron that aired on MSNBC.

This doctored image was created from a screenshot of an 11 January 2018 MSNBC broadcast which featured Nicole Wallace, the host of "Deadline: White House," expressing outrage over President Trump's alleged "shithole" comment in regard to African countries:

Here's a comparison of an image featuring the genuine chyron (left) and the doctored image (right):