Did MSNBC Exclude Bernie Sanders from a Graphic About a Campaign Event? 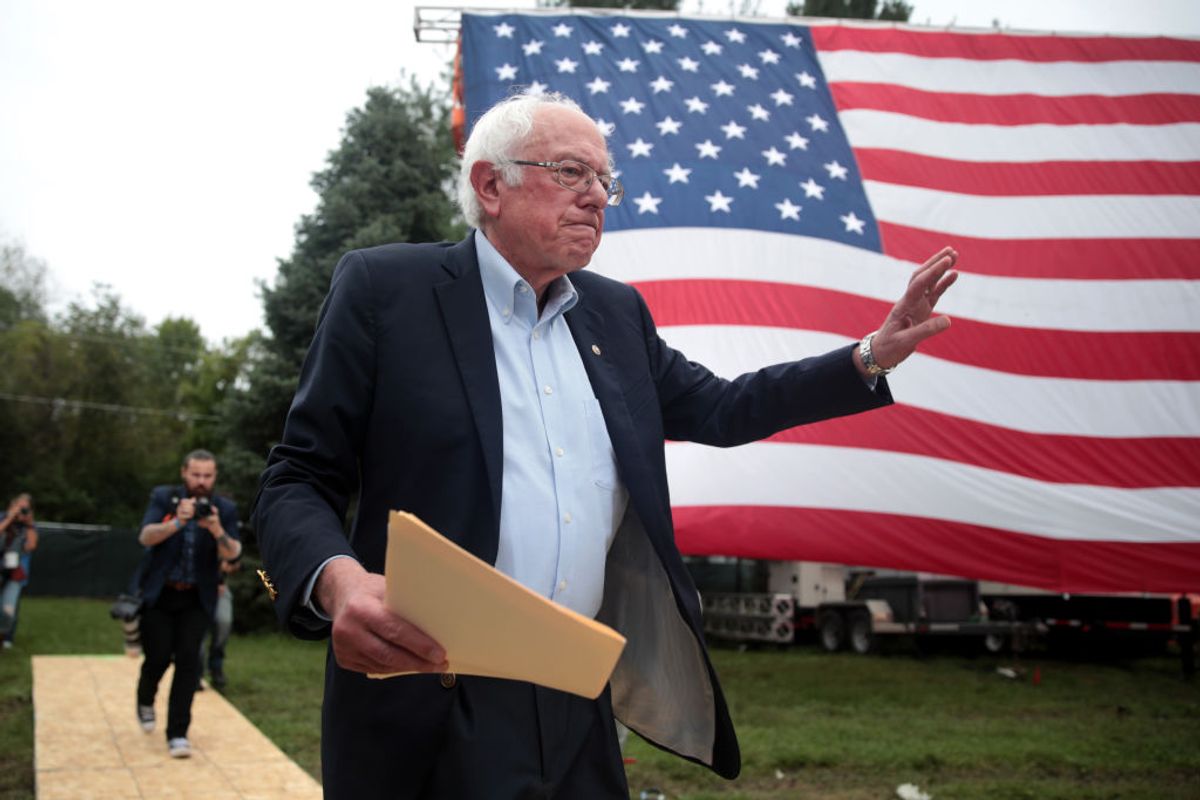 However, Sanders wasn't the only candidate not shown in the graphic; Andrew Yang and Beto O'Rourke also were excluded, among others.

Did a graphic showing 2020 Democratic presidential candidates on the liberal cable news network MSNBC exclude U.S. Sen. Bernie Sanders? It did, and it remains unclear why, though Sanders wasn't the only candidate left off.

The infographic aired during a report on Iowa's Polk County Steak Fry, an event on Sept. 21, 2019, that drew 17 candidates to Iowa ahead of that state's caucuses, including Sanders, an Independent from Vermont who is running as a Democrat.

It's unclear why the graphic pictured only 10 candidates, even as host Richard Lui reported that 17 were present at the Iowa event. But a screenshot of the image ricocheted around social media alongside claims that MSNBC was suppressing news about Sanders. One such accusation was lobbed by "High Fidelity" film actor John Cusack.

We sent questions to MSNBC media representatives asking why the graphic did not include Sanders, but received no response at the time of publication.

Sanders was left out of the image but so were other fellow candidates, including entrepreneur Andrew Yang and Beto O'Rourke. Nine of the 10 candidates pictured attended a forum in Iowa on LGBTQ civil rights issues (Joe Sestak, a former U.S. Representative from Pennsylvania, attended the forum but was not pictured).

The screen-captured graphic is likely one piece of visual information taken out of a larger context. A simple Google search for the terms “MSNBC” and “Bernie Sanders” reveals that the network regularly covers Sanders, while a search on the television-monitoring site TVEyes reveals mentions of Bernie Sanders appeared in closed-captioning 26 times on MSNBC over the weekend in question.

The Iowa caucus is seen as an important benchmark in Democratic primary races because it comes first and is often, though not always, an indicator of who will get the party's nomination for the general election.

National Constitution Center. "Who Wins in the Iowa Caucuses? Not Always the Eventual Nominee."   27 January 2016.