Can Mountain Dew Be Used to Make a Glow Stick?

A video clip claimed that you can make Mountain Dew glow with just a little bit of baking soda and hydrogen peroxide. 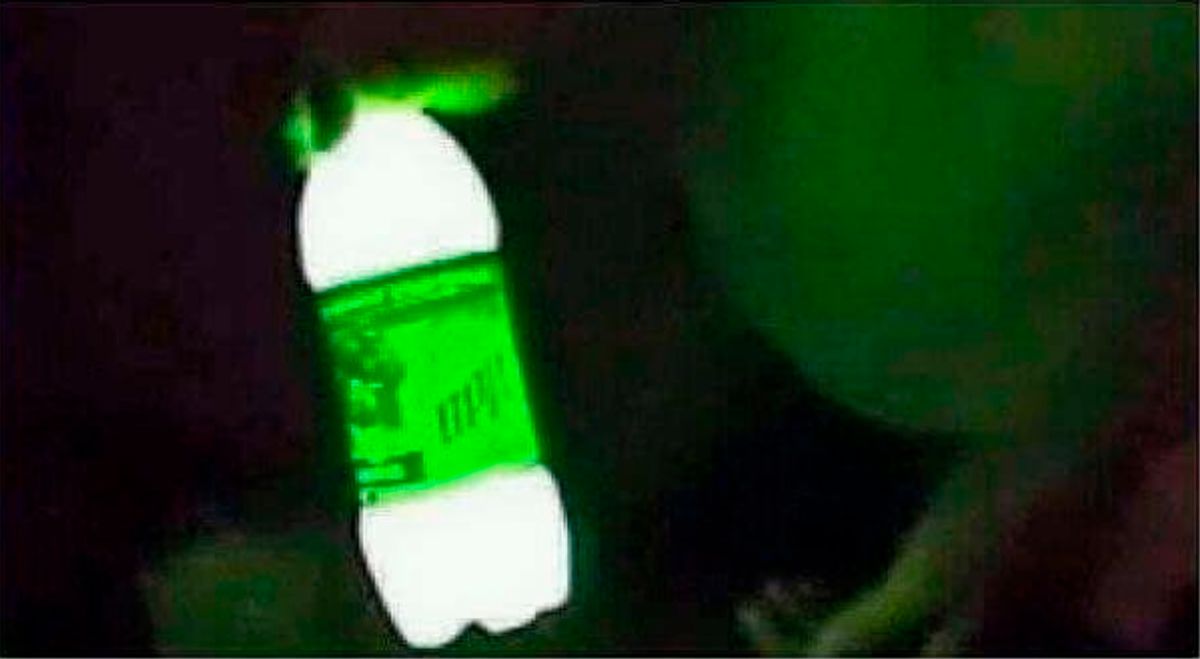 The notion that mixing small amounts of baking soda and hydrogen peroxide into some Mountain Dew soda will produce a brilliantly glowing solution is a a bit of flimflammery intended to send the gullible out to fulfill an absurd and impossible task. The glowing Mountain Dew jape first hit the Internet in 2007 in the form of a video clip and has been making the rounds on Facebook since 2012:

For camping or late nights at the beach? Leave 1/4 of Mountain Dew in bottle (just don't drink it all), add a tiny bit of baking soda and 3 caps of peroxide. Put the lid on and shake - walla! Homemade glow stick (bottle) solution. My son told me about this video clip that claims that you can make Mountain Dew Glow with just a little bit of baking soda and hydrogen peroxide. The clip is fairly convincing, but the chemistry doesn't make sense to me. Is this a hoax?

The results claimed in the original video were likely created by the surreptitious introduction of a glow solution into the Mountain Dew bottle, either through off-screen manipulation or via a substitution covered by editing.

In August 2013, a video circulated on social media sites asserted it took two Starbust candies to make glowing Mountain Dew. That too was false.