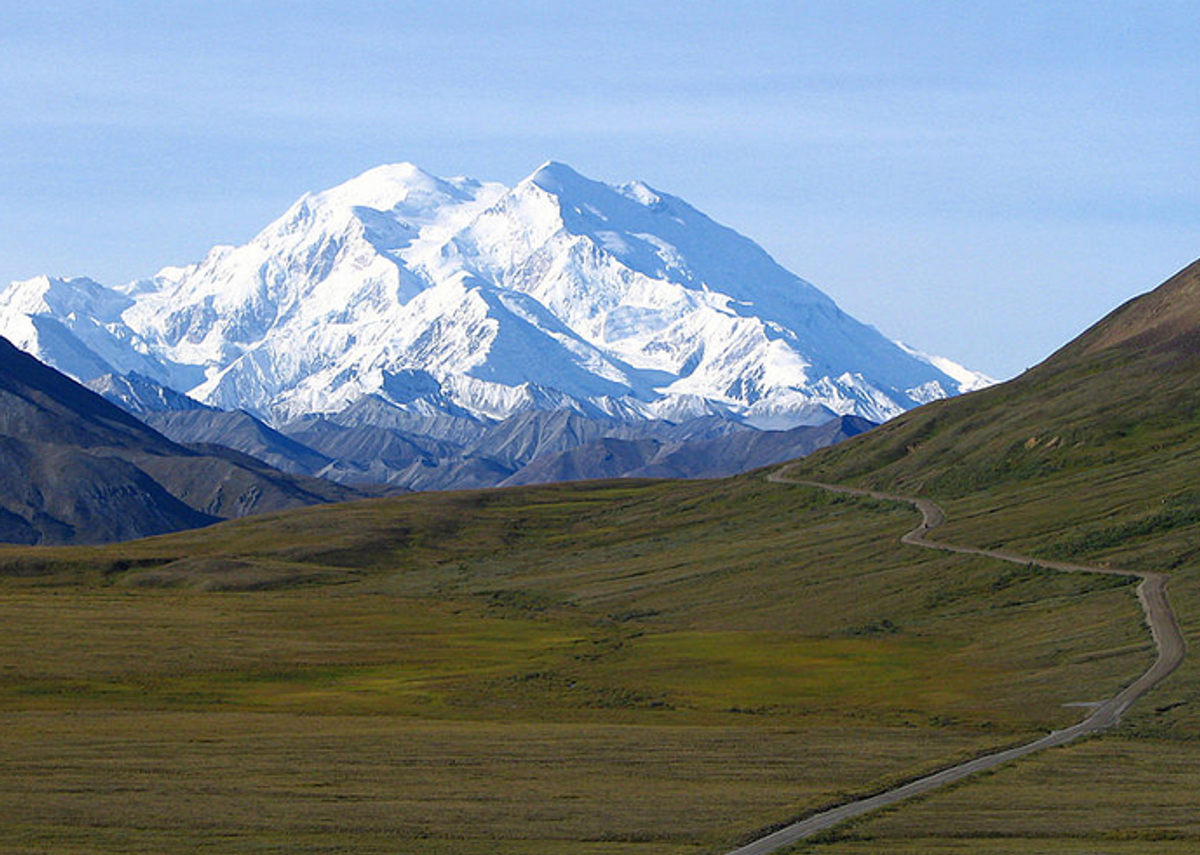 President Obama is changing the name of Mt. McKinley to Denali, which means BLACK POWER. Is this true?

Origins:    Shortly after President Obama announced in August 2015 that he planned to rename Alaska's Mount McKinley, the highest mountain peak in North America at 20,237 feet, back to "Denali" (the name by which it had been known prior to 1917) in federal nomenclature, a meme started to spread on Facebook claiming that the mountain's new name was a "Kenyan word" for black power: First, there is no "Kenyan word" for anything. That African country (home of President Obama's paternal lineage) has two official languages: English and Swahili.

Second, "Denali" does not mean "black power" in either English or Swahili. The word for black in Swahili is "mweusi" and the word for power is "nguvu." There's also no definition for "Denali" in the Merriam-Webster dictionary that mentions such an etymology or meaning.

In the indigenous Athabaskan language of western North America, however, "Denali" does have a meaning. Alaskans have been using the word "Denali," which means "the great one," as a name for Mount McKinley for centuries. The state of Alaska has also been officially using the name Denali for Mount McKinley since 1975:

Interior Secretary Sally Jewell said the change recognizes that Denali is sacred to many Alaskans.

“The name Denali has been official for use by the State of Alaska since 1975, but even more importantly, the mountain has been known as Denali for generations,” said Jewell, who is responsible for the Board on Geographic Names, the federal body in charge of place names.

“With our own sense of reverence for this place, we are officially renaming the mountain Denali in recognition of the traditions of Alaska Natives and the strong support of the people of Alaska,” she said.

Alaska first formally requested the change when it recognized Denali itself in 1975. Denali means “the great one” in the local Athabaskan language.