A wild conspiracy theory holds that musician Jimi Hendrix faked his death and is now living as actor Morgan Freeman. 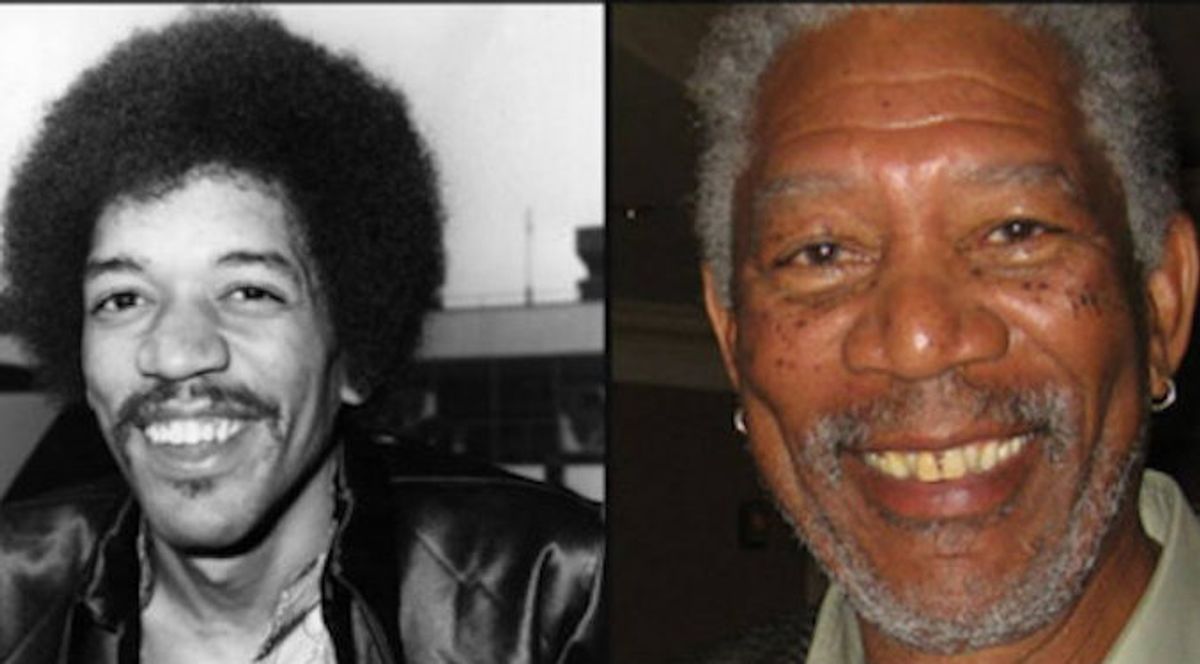 A bizarre conspiracy theory holding that U.S. musician Jimi Hendrix faked his death in 1970 and is now living as renown actor Morgan Freeman is frequently shared on social media. For instance, Newspunch, a website that has repeatedly trafficked in this sort of misinformation, published an article entitled "Morgan Freeman is Jimi Hendrix, Researchers Claim" in May 2018, stating:

Jimi Hendrix reinvented himself as actor Morgan Freeman in the 1970’s, shortly after faking his own death, researchers claim.

According to internet sleuths, Morgan Freeman’s sudden rise to fame in the 1970’s occurred after Hendrix supposedly died on September 18, 1970.

Newspunch later updated the intro and title of this article to make it clear that this rumor originated with conspiracy theorists and not "researchers":

We have updated the headline and opening of the article to make it clear that while the theory that Jimi Hendrix and Morgan Freeman are the same person is entertaining, it is extremely unlikely to be true.

While the first two claims may be accurate, they are also not especially convincing. After all, Freeman and Hendrix are far from the only people who enjoy music. Freeman does own a blues bar in Mississippi, but if liking blues music is the threshold for evidence, it's equally likely that Freeman is actually Robert Johnson, Howlin' Wolf, Freddie King, Little Walter, Big Bill Broonzy, Mississippi John Hurt, T-Bone Walker, or any other famous, deceased blues musician.

Freeman's appreciation for blues music probably speaks more to his upbringing in Memphis, Tennessee, and Chicago, Illinois, than it does to the claim that Freeman is actually a deceased musician.

Freeman and Hendrix also do bare a passing resemblance to one another: However, many of the image comparisons accompanying this rumor border on parody. The website WellAware1, for instance, attempted to draw a definitive link between Freeman and Hendrix based on the wrinkles seen in two photographs taken decades apart: Scribbling lines onto a photograph does not constitute evidence.

The final claim, holding that Freeman's career didn't begin until after Hendrix's death, is inaccurate.

Hendrix died on Sept. 18, 1970. A post-mortem examination found that Hendrix died of "suffocation due to barbiturate intoxication." A newspaper clipping on Hendrix' death can be found below:

While Freeman was not a household name at the time of Hendrix's death, his acting career began prior to 1970. Morgan's first onscreen appearance came in 1964 in a non-credited role in the Sidney Lumet movie "The Pawnbroker." Freeman also appeared in at least four stage productions, including "Hello, Dolly!," "The Dozen," and "Exhibition," prior to Hendrix's death. Here's a newspaper clipping from 1969 featuring an unflattering review of "The Dozens" published in The Herald-News: 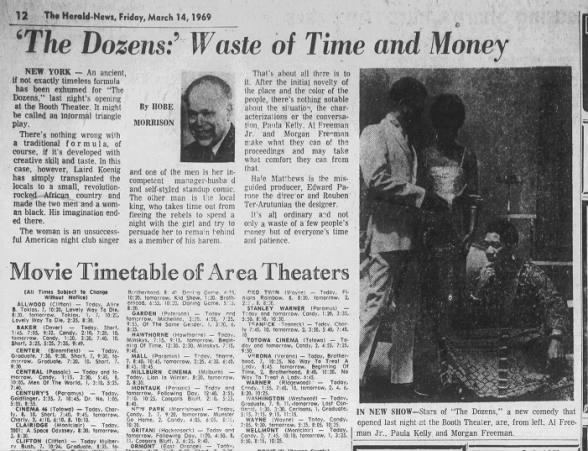 It seems a bit implausible that Hendrix was moonlighting as an actor at the same time he was performing as a musician just so that he could fake his death and pursue a career in the movies.