Were More Votes Than Voters Recorded in Detroit in 2016?

Precincts in Detroit showed more votes than voters due to inaccurate voter tallies by poll workers rather than voting fraud. 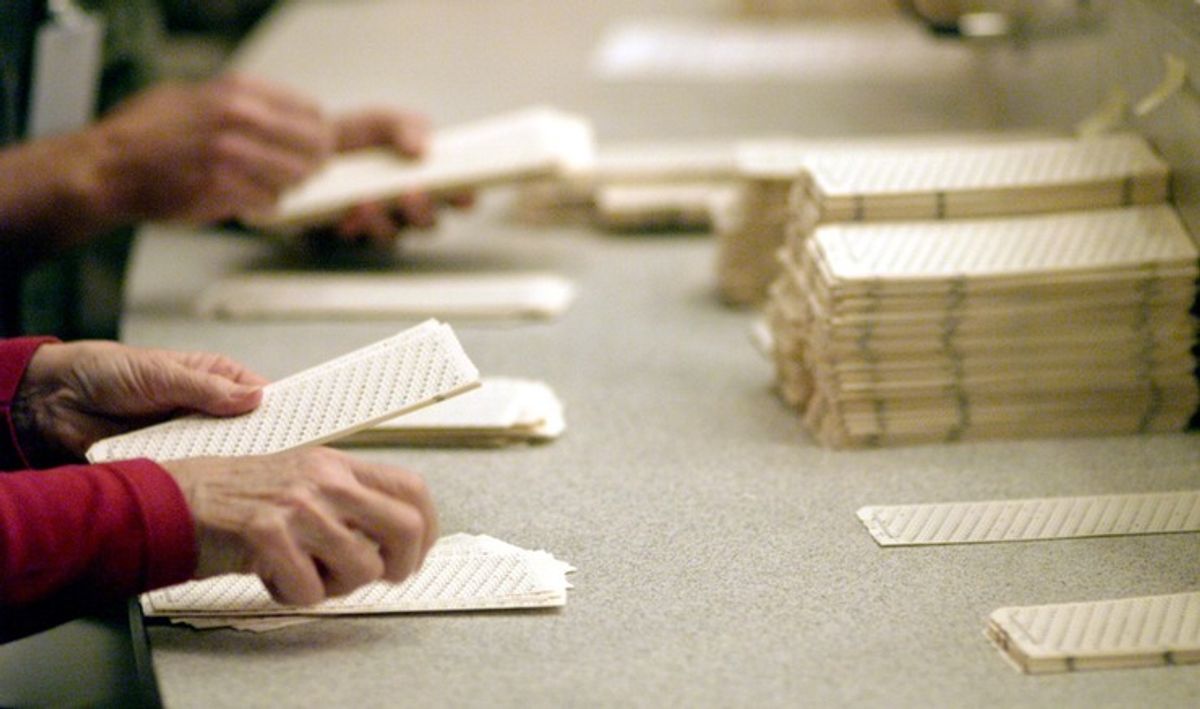 The discrepancy did not involve Detroit's recording more votes than registered voters, but rather precinct poll workers miscounting the number of people who voted.

In mid-December 2016, a number of web sites reported that "more votes than voters" were uncovered in post-election processing in Detroit, suggesting (or stating outright) that the discrepancy was clear proof of voter or electoral fraud:

Jill Stein's recount efforts in Michigan have uncovered what looks like systemic election fraud in Detroit, where roughly 95% of the votes cast were cast for Hillary Clinton. Sixty percent of precincts in Wayne County had to be disqualified from the statewide recount because of "irregularities." According to Fox News judicial analyst Judge Andrew Napolitano, those irregularities look "organized" and "government involved."

County records prepared at the request of The Detroit News after ballot irregularities were discovered revealed that 37 percent of Detroit precincts registered more votes than voters during the election.

But one prominent early Detroit news article on the subject explicitly reported that the issue was not "more votes than registered voters":

Voting machines in more than one-third of all Detroit precincts registered more votes than they should have during [the] presidential election, according to Wayne County records prepared at the request of The Detroit News.

Detailed reports from the office of Wayne County Clerk Cathy Garrett show optical scanners at 248 of the city’s 662 precincts, or 37 percent, tabulated more ballots than the number of voters tallied by workers in the poll books. Voting irregularities in Detroit have spurred plans for an audit by Michigan Secretary of State Ruth Johnson’s office, Elections Director Chris Thomas said.

Overall, state records show 10.6 percent of the precincts in the 22 counties that began the retabulation process couldn’t be recounted because of state law that bars recounts for unbalanced precincts or ones with broken seals.

The problems were the worst in Detroit, where discrepancies meant officials couldn’t recount votes in 392 precincts, or nearly 60 percent. And two-thirds of those precincts had too many votes.

“We’re assuming there were (human) errors, and we will have discussions with Detroit election officials and staff in addition to reviewing the ballots,” Thomas said.

The Detroit News was first to report that more than half of Detroit would be ineligible for the recount because of the irregularities. The results were based on county reports obtained by The News.

As of 15 December 2016, the Detroit Free Press reported that human error was clearly the primary issue:

Detroit's election paperwork was in such disarray that the Wayne County Board of Canvassers almost missed its two-week deadline to certify the presidential election ... [Ninety]-five poll books, lists of people who cast ballots, were delivered late to the board. Five of those precincts never did turn in a poll book, according to a memo from the Wayne County Clerk's Office to state election officials.

"We had to delay the start of the meeting," said Krista Hartounian, chairwoman of the Board of Canvassers. "Staff was still working as we called the meeting to order ... This time Detroit did have problems that it didn't have before," she said.

Other problems found in Detroit's handing of the election included 13 precincts that turned in poll books with missing voters. Staffers working for the board of canvassers were forced to flip through hundreds of individual voter applications to compile the count of people who voted in those precincts.

The recount effort also showed that 392 of Detroit's 662 precincts couldn't be recounted because the number of ballots in the ballot box didn't match the number of people listed as voting in the poll book. Some had too many ballots, others, not enough.

Among the discrepancies found by Wayne County were:

So while elections officials in Detroit confirmed that voting irregularities involving excess vote counts existed, that issue was about inaccurate head counts taken by poll workers rather than fraud. The discrepancies mostly involved a handful of votes per precinct, and neither candidate was believed to have been favored by the errors.

Reports of equipment malfunctions in Michigan precincts were widely covered after the 8 November 2016 general election.