A photograph showing moose sitting in a kiddie pool watching as a car burns is a composite of multiple images. 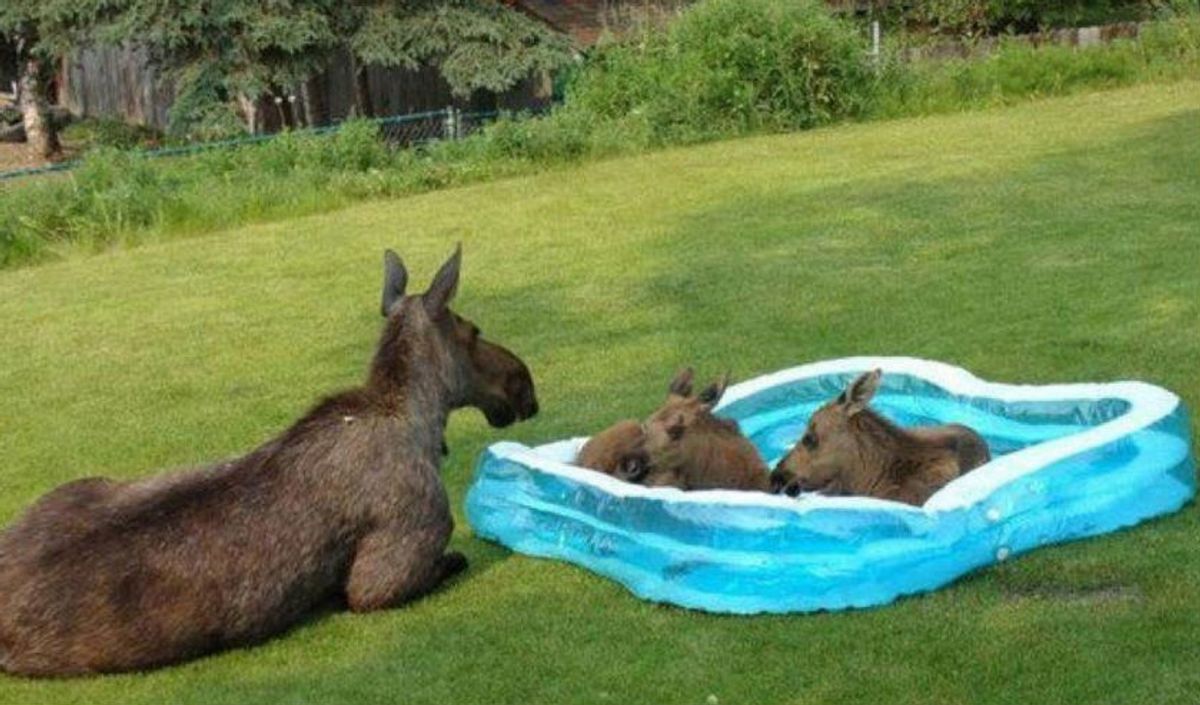 A photograph purportedly showing a moose and two calves enjoying a kiddie pool as they watched a car burn across the street has been circulating online for several years. While it is frequently shared as a genuine (albeit bizarre) item, this image is a composite of at least two separate photographs. The photograph of the car on fire first appeared on online when it was published to Reddit in May 2013: It seems as if they were trying to jump start it. Obviously they don't know their cars too well. The whole neighborhood has gathered for the impromptu neighborhood bonfire.

While we haven't been able to locate the specific origin of the moose image, we know that photograph was also posted separately to Reddit in May 2013: Unsurprisingly, the first version of the image featuring moose in a kiddie pool watching a car fire appeared on (of course) Reddit, shortly after the two source images were posted.