Did a Montana Man Sell Jerky Made From Human Meat? 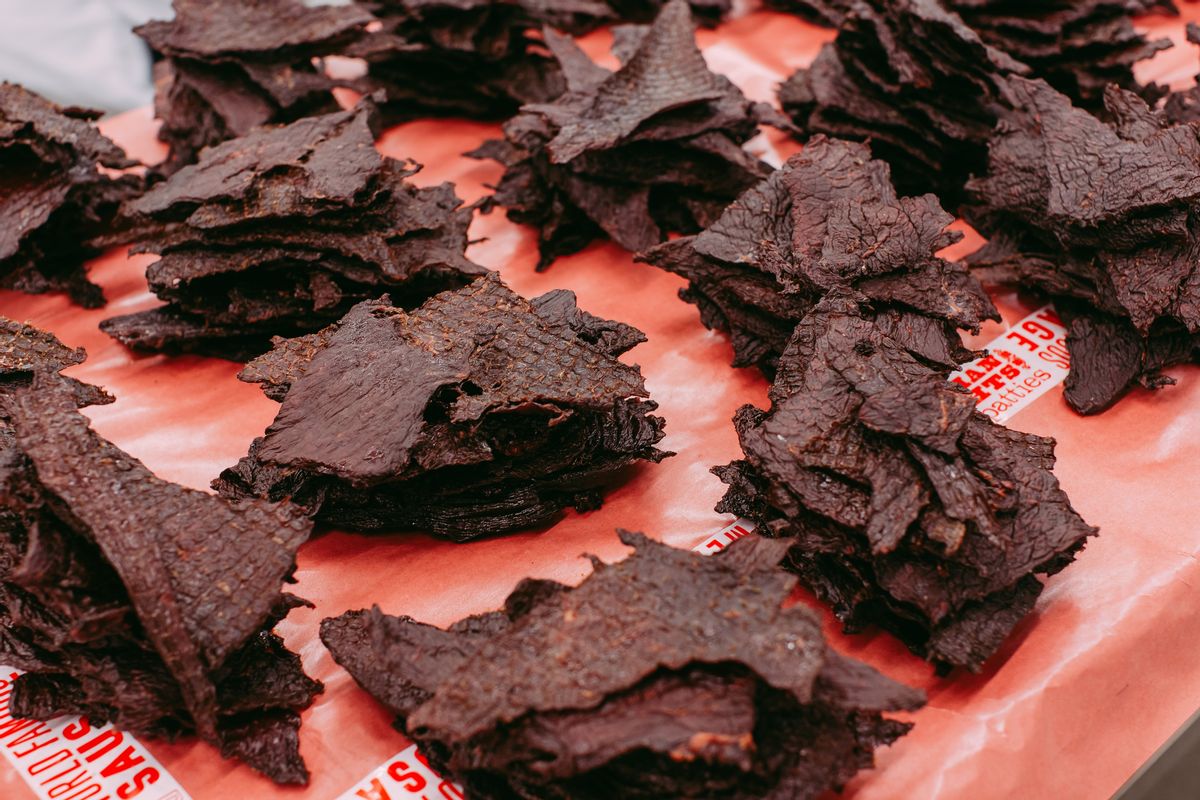 Claim:
In 2020, police in Montana arrested a man after the jerky he sold was found to contain human meat.
Rating:

On Feb. 22, 2020, the website Ringsssss published an article positing that police in Butte, Montana, had arrested a man on suspicion of selling jerky made from human meat.

72 year old Shep Arnold has been arrested for selling dehydrated human meat A.K.A. jerky at his general store “Shep’s Goods”. Well not all “Shep’s Goods” are “Good”. Arnold has been running his store for the last 35 years and over time there became a cult following for his distinctive jerky. Most everyone who had the opportunity to visit Butte, would get a some of Shep’s jerky...

When the jerky made its way back to the Jack Links factory, it was given to the in house scientists to run tests on in hopes of deciphering what ingredients Arnold was using for his jerky. What they didn’t expect was that the meat wasn’t that of a cow, but of a HUMAN! Tests were ran by an independent lab to verify the results by Jack Links. Again Human meat. Local authorities arrested Arnold on suspicion of using human meat for his jerky that he sold to the public and police needed to find the supply of this meat.

"Ringssss is a fabricated satirical newspaper and comedy website. Ringsssss uses invented names in all its stories, except in cases when public figures are being satirized. Any other use of real names is accidental and coincidental."

Ringsssss.  "Montana Man Arrested After His Best Selling Jerky Is Found to Be Made of Human Meat."     22 February 2020.