Misspelled Tickets Issued for 'State of the Uniom' Address?

Sitting senators tweeted images of the misspelled tickets on 29 January 2018. 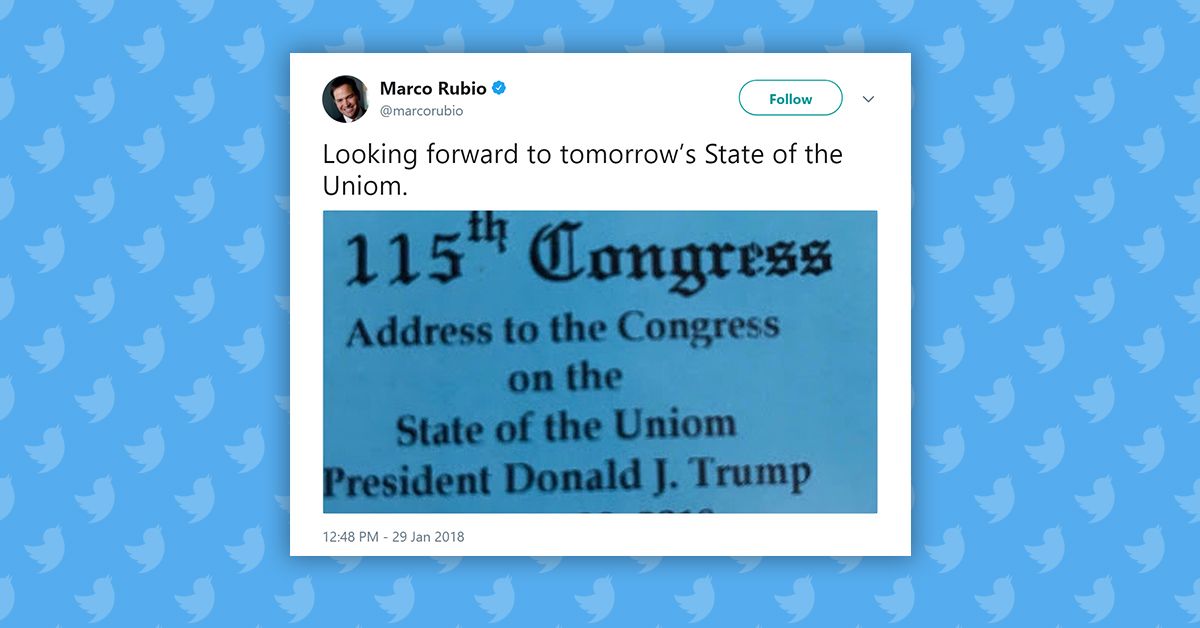 Claim:
Tickets issued for President Trump's first State of the Union address contain a misspelling of the word "union."
Rating:

One day before President Trump's first State of the Union address on 30 January 2018, images appeared on social media of invitations to the event issued by the House of Representatives in which the word "Union" was misspelled "Uniom."

Rep. Raul Grijalva (D-Arizona) and Senator Marco Rubio (R-Florida), among others, tweeted images of the tickets:

Just received my ticket for the State of the Union. Looks like @BetsyDeVosEd was in charge of spell checking... #SOTUniom pic.twitter.com/ZgFTGtTkzv

Although many were quick to blame Republicans and the White House for the snafu, the actual responsibility for issuing the tickets rests with the office of the House of Representatives' sergeant-at-arms. NBC News reported that a source in that office acknowledged the misprint and said replacement tickets are being printed for redistribution.

Vitali, Ali and Moe, Alex.  "Tickets to First Trump State of the Union Being Re-Printed After Misspelling."   NBC News.  29 January 2018.