The honor Adelson received, the Presidential Medal of Freedom, is considered the highest civilian award. 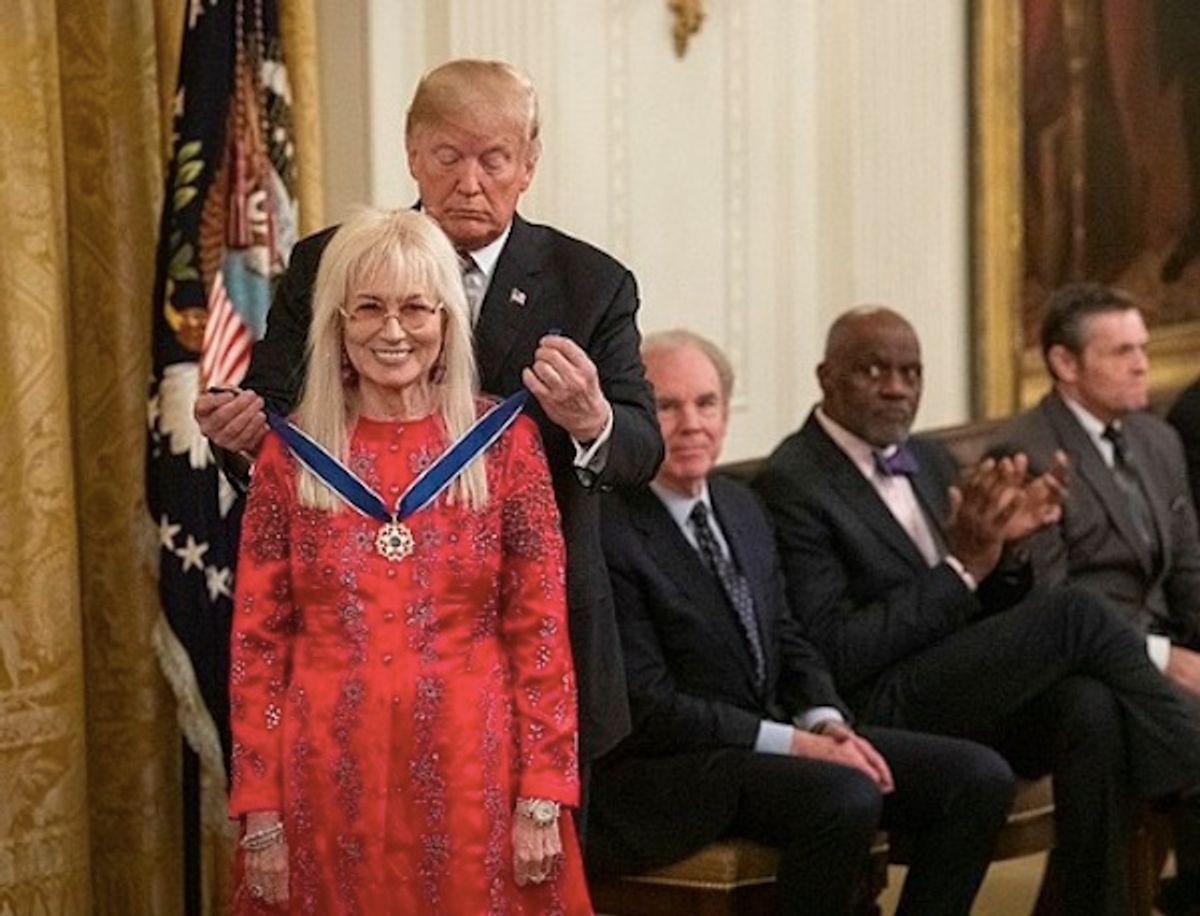 Claim:
Miriam Adelson was given the Presidential Medal of Freedom for donating to a fund created to help Trump associates who were prosecuted in the Russia investigation with their legal bills.
Rating:

Miriam Adelson was bestowed with the Presidential Medal of Freedom after she and her husband, Sheldon, donated $500,000 to a fund to helps Trump associates with legal fees associated with the Russian interference probe.

Whether the decision to recognize Adelson with a Medal of Freedom was influenced by her donations to the legal defense fund (and other political contributions to Trump and Republican causes) is unknown.

On 1 February 2019, the website ThinkProgress.org reported that "Miriam Adelson was awarded the Medal of Freedom after donating $500k to Trump aides’ legal expenses." Readers took note of that headline and asked whether it could be believed.

What is true is that Dr. Miriam Adelson, a physician, and her Republican mega-donor husband, Sheldon Adelson, gave millions of dollars to President Donald Trump's campaign in 2016 and other GOP candidates in 2018. The Adelsons poured $113 million into Republican causes during the 2018 midterm-election cycle after donating $20 million to Trump's 2016 presidential campaign and $5 million toward his inauguration ceremonies.

According to IRS documents available online, the Adelsons also donated to the Patriot Legal Defense Fund Trust, launched in 2018 for the purpose of helping Trump associates who were prosecuted in an ongoing investigation into Russian interference in the 2016 election with their legal fees.

The fund "was formally established in the State of Delaware on February 27, 2018, operating as a tax-exempt political organization under Section 527 of the Internal Revenue Code."

Whether Dr. Adelson was given the Medal of Freedom as quid pro quo for her family's massive political contributions and gift to the legal defense fund is unknown. It is true she received the honor on 16 November 2018, about a month and a half after she and her husband gave the Patriot Legal Defense Fund Trust, LLC, a total of $500,000 on 1 October 2018:

According to the White House, President Trump awarded Dr. Adelson the Presidential Medal of Freedom, the nation's "highest civilian honor" for her philanthropic efforts:

Miriam Adelson is a committed doctor, philanthropist, and humanitarian. She has practiced internal and emergency medicine, studied and specialized in the disease of narcotic addiction, and founded two research centers committed to fighting substance abuse. With her husband, Sheldon, she also established the Adelson Medical Research Foundation, which supports research to prevent, reduce, or eliminate disabling and life-threatening illness. As a committed member of the American Jewish community, she has supported Jewish schools, Holocaust memorial organizations, Friends of the Israel Defense Forces, and Birthright Israel, among other causes.

The award caused a stir among some of President Trump's critics. In an opinion piece for NBC News, columnist Robert Schlesinger wrote: "The fact Miriam Adelson has also made the cut, however, perfectly captures the crassly transactional nature of Donald Trump and his presidency. Because despite whatever adulatory nonsense Trump conjures about Adelson (the White House press release notes her financial support of medical research and Jewish causes), the $133 million [$20 million to Trump's 2016 campaign and $113 million to GOP candidates in the 2018 midterms] elephant in the room is going to make [the] ceremony feel very crowded indeed."