Millions of Muslims March Against the Islamic State?

Reports that millions of Muslims protested against ISIS and that the news media ignored the event are misleading. 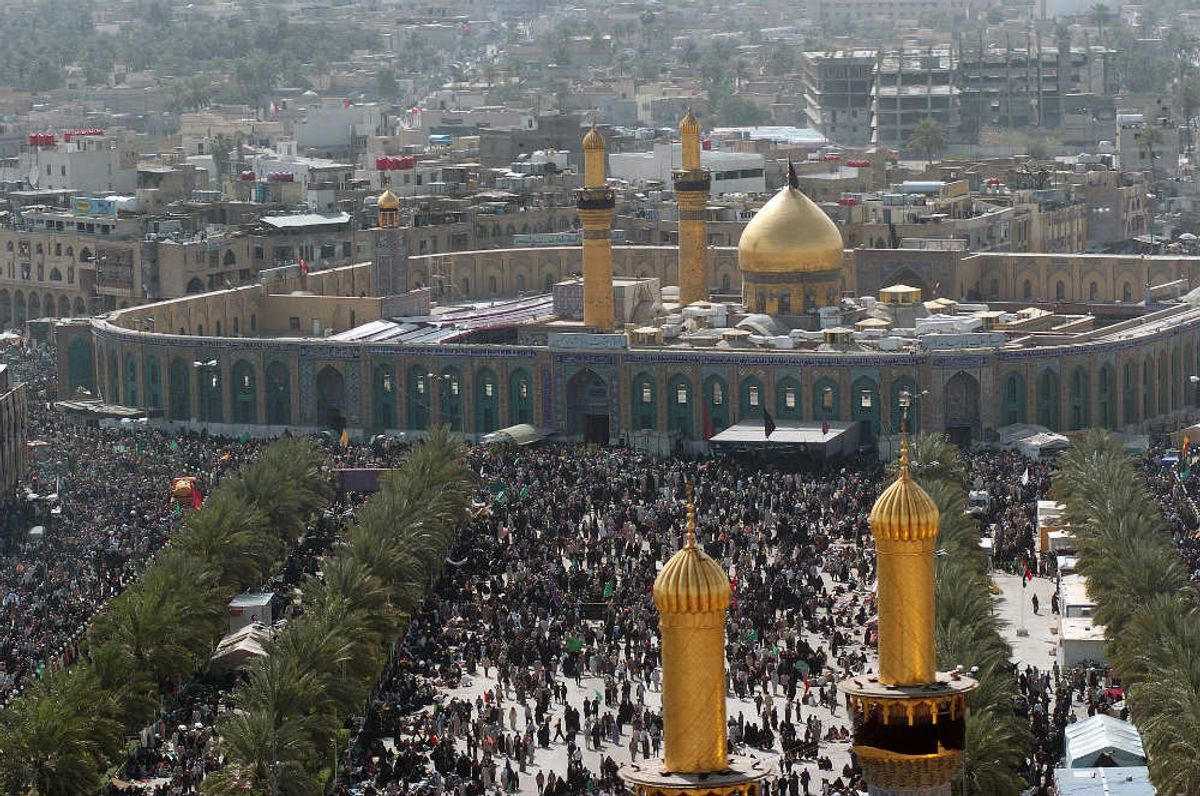 Claim:
Millions of Muslims protested against the Islamic State in November 2016, but a "media blackout" prevented people from hearing about the event.
Rating:

Millions of Muslims took part in a mass pilgrimage for Arbaeen, an annual religious holiday, in spite of Islamic State presence in nearby areas.

The pilgrimage was not a massive protest against ISIS, nor did a "media blackout" prevent news agencies from covering the event.

On 22 November 2016, the American Herald Tribune web site published an article (which was uncritically aggregated by other sites such as MintPress News under the misleading headline "Media Blackout as Millions of Muslims March Against ISIS in Iraq"). In reality, millions of Muslims did not march against the Islamic State, nor did a "media blackout" result in news agencies' ignoring such an event.

Although the original article was published under a misleading clickbait title, it was at least based on a real event: millions of Shia Muslims did embark on a pilgrimage in November 2016 to visit the shrine of Imam Hussein in Karbala, Iraq.  This pilgrimate is an annual undertaking for Arbaeen, which marks the end of forty days of mourning of the martyrdom of Hussein:

Millions of Shia Muslims have taken part in one of the biggest marches in the world, as they travel through Iraq in celebration of a famous Muslim martyr.

The marchers made their way to the city of Karbala, 62 miles south west of Baghdad, on Sunday and Monday for the holy day of Arbaeen, which marks the end of a 40-day mourning period following Ashura, the religious ritual that commemorates the death of the Prophet Mohammad's grandson Imam Hussein in 680 AD.

Large crowds visit the shrines of Imam Hussein and his half-brother Abbas in Karbala, where they were killed in a revolt against the Umayyad ruler Yazeed in the 7th century AD when they refused to pledge allegiance to Yazeed's Umayyad caliphate.

The pilgrimage was reported (as it is every year) by multiple mainstream news outlets. While it is a religious event and not specifically a political one, some news outlets reported that the annual pilgrimage has taken on a defiant tone as attacks from the Islamic State have plagued the area:

Large-scale security operations, involving 24,000 soldiers and police, were put in place during this year's march due to fears Isis forces in and around its last major stronghold of Mosul may seek to strike Baghdad or Karbala during Arbaeen.

Karbala, around 50 miles, south west of Baghdad, faces the desert of Anbar, a vast province that was until recently an Isis bastion and where jihadists still carry out frequent attacks.

Last week, a suicide bomber killed six people near Karbala in an attack claimed by the so-called Islamic State.

The pilgrimage has taken on additional meaning in response to this threat, becomimg a protest in recent years against Isis terrorists.

Millions of Muslims did embark on a religious pilgrimage for Arbaeen in November 2016, but that phenomenon is an annual event which is duly covered by the news media every year, not an unprecedented gathering involving huge crowds of protesters whom reporters all over the world collectively decided to ignore.