Were the Milky Way and 3 Musketeers Candy Bars Switched at Birth?

3 Musketeers: The American candy bar that was named after a French literary creation and was once Neopolitan. 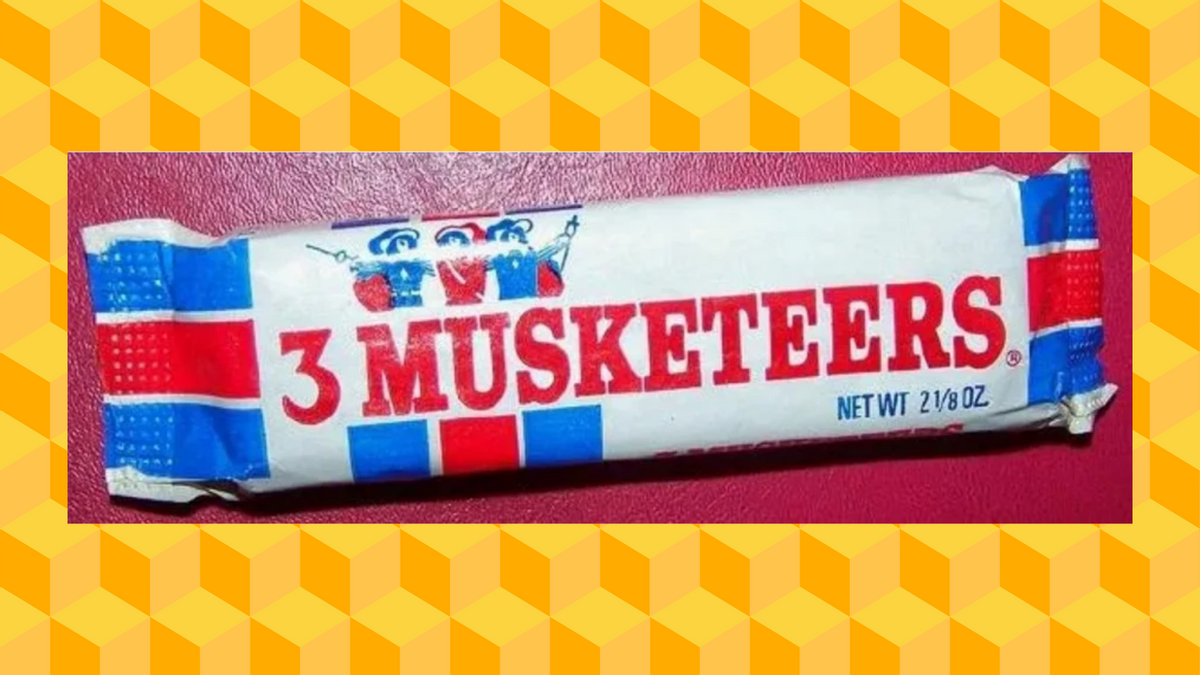 Claim:
The Milky Way and 3 Musketeers candy bars were each given the wrong names when their wrappers were inadvertently switched.
Rating:

Consider the following claim about the origins of the Mars Company's popular Milky Way and 3 Musketeers candy bars:

So, the labels were switched, and both bars were so popular, the candy company couldn't very well reverse themselves and change the names back after they were such a hit. And that is the Just So Story of why 3 Musketeers has only two ingredients.

Many of the items covered on our site exemplify the notion that we human beings don't like things that don't make sense, but we really do like interesting stories. So much so, in fact, that we'll invent and cling to fanciful, fictitious explanations that seem more satisfying or understandable to us than mundane realities, even when the subject is as trivial as candy bars.

It's easy to see why some people might puzzle over the name of Mars' 3 Musketeers candy bar: The confection has no obvious connection to the literary creations of Alexandre Dumas (especially now that representations of the Three Musketeers characters are no longer featured on the bars' wrappers), and name isn't reflective of any quality of the candy itself.

Its sibling bar, Milky Way, would seem to fit the name better, consisting as it does of three primary components: chocolate-malt nougat, caramel topping, and a chocolate covering, while the 3 Musketeers bar boasts but two components: fluffy chocolate nougat with a chocolate covering. Hence a simple theory to explain it all -- the bars are both misnamed because their wrappers were inadvertently switched when they were first introduced, and by the time the mistake was discovered it was too late for their manufacturer to feasibly switch the names back.

The obvious death knell to this explanation is that the 3 Musketeers and Milky Way candy bars were not "released on the same day," or even in the same decade. Frank C. Mars introduced the Milky Way bar in 1923, but his Mars Company didn't begin producing 3 Musketeers bars until 1932.

The specific answer to why the 3 Musketeers bar is so named has to do with the fact that it was once a considerably different type of confection. When first introduced in the 1930s, 3 Musketeers was not (as it is now) a single chocolate bar. Rather, the wrapper housed three separate bars, each with a different flavor of fluffy, milk chocolate-covered nougat: one vanilla, one chocolate, and one strawberry:

Eventually the vanilla and strawberry bars were dropped and 3 Musketeers became a single chocolate bar, but the name (and symbolism) remained:

By the way, the Milky Way candy bar's name was not derived from the galaxy that is home to our solar system, as many assume. Instead, the confection was formulated to replicate the taste of a malted milk shake and was therefore named after a drink of that nature popular in the 1920s.