Did US Leave Military Dogs Behind in Afghanistan? 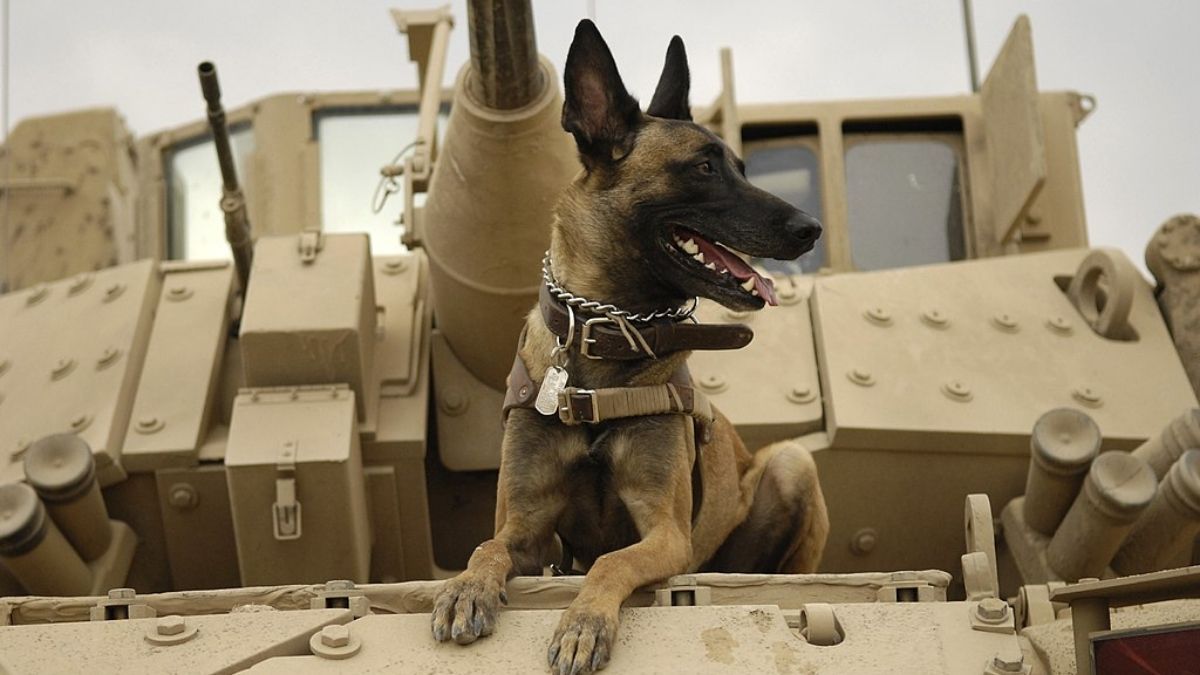 The U.S. military did not leave dozens of military working dogs behind as it withdrew troops from Afghanistan. The viral pictures show rescue dogs under the care of Kabul Small Animal Rescue. These dogs largely belonged to Afghans, embassy employees, and independent defense contractors who were unable to bring their animals with them as they evacuated.

As the last American troops left Afghanistan in August 2021 after nearly 20 years, a number of rumors circulated on Twitter about the withdrawal. One viral claim was that dozens of U.S. military service dogs had been abandoned at an airport in Kabul: This photograph appears to truly show dogs at an abandoned airport in Afghanistan, but these are not military service dogs. These are rescue dogs who were in the care of Kabul Small Animal Rescue.

John Kirby, a spokesperson for the United States Department of Defense, wrote on Twitter:

The Military Working Dog Team Support Association, a nonprofit that works to support military dogs and their handlers, also disputed this account, writing on Facebook: "We are 100% certain that there are zero US military working dogs abandoned in Kabul. Zero. The US military did not leave a single MWD behind."

The United States military evacuated a number of service dogs in mid-August 2021. Here's an ABC News report about some of those evacuation efforts:

Richard Engel, the chief foreign affairs correspondent for NBC News, noted at the time that many people were outraged that the military was evacuating dogs instead of people.

The U.S. Department of State's Diplomatic Security Service Facebook page said that all of the dogs from their Canine Training & Operations Center had been evacuated on September 1: What Dogs Were Left Behind?

The dogs in the viral photograph are under the care of Kabul Small Animal Rescue (KSAR). NPR published an article on Aug. 25 about the group's efforts to evacuate dogs that had been abandoned by people who had fled the area. The NPR report states that these dogs belonged to local Afghans, embassy workers, other rescue groups, and defense contractors who were unable to take the dogs with them as they evacuated:

As part of the mass evacuation out of Kabul, Afghans and foreigners desperate to leave are departing with just the clothes on their backs and sometimes a small bag. In their rush to flee, many must leave behind their pets because evacuation flights don't allow animals, Maxwell-Jones said.

Staff members have responded to calls from owners — including local Afghans and workers from area embassies who are rushing to the airport or who have already evacuated — asking the organization to save their pets. Other local rescue groups and defense contractors have also brought animals to the Kabul Small Animal Rescue that they couldn't take themselves.

One possible explanation for the confusion over this photograph has to do with the difference between contract working dogs and military working dogs. While the viral photograph does not show any military dogs left behind, it likely includes several dogs who belonged to independent defense contractors.

Irrespective of the outcome, this gross oversight of justice must be stopped from happening again, as it did in Vietnam too. To that end, we call on Congress to take action to classify contract working dogs on the same level as military working dogs. Failure to do anything less, is a failure of humanity and a condemnation of us all.”

What Happened to The Dogs?

KSAR has been documenting its attempts to get the animals out of the area. As military flights fell through, the group has been working to secure funding for private flights. On Aug. 28 the group wrote on Facebook:

We are all exhausted as we round the corner on our fourth day of Kabul Airport mayhem. It has been difficult for everyone and we have had some success, but have a long way to go and not much time. We will remain hopeful and use the time we have remaining to do our very best to move out the staff animals. We are eternally grateful for all the assistance.

Lori Kalef, director of programs at the animal rescue group SPCA International, provided an update on Aug. 31. The SPCA statement said some of the dogs under the care of Kabul Small Animal Rescue were unable to gain passage on evacuating military aircrafts, and that most of the animals were released in the airport.

“We are heartbroken that the aircraft we secured to transport the rescued dogs of Kabul Small Animal Rescue out of Afghanistan were not ultimately allowed to take the animals and their caretakers safely out of the country ... Our team has been working around the clock and has exhausted every possible option and resource we could in our mission to rescue the dogs before the U.S. military withdrawal from Afghanistan. We’ll continue to do everything we can to evacuate Kabul Small Animal Rescue’s staff and animals from the country after August 31. We cannot thank our supporters enough for everything they’ve done to help the dogs and cats of Kabul and their caretakers.”

The group plans to return to the airport when it's safe and try to re-rescue any animals that were abandoned.