Did Mike Nesmith Learn to Play Guitar Due to a Firecracker Injury? 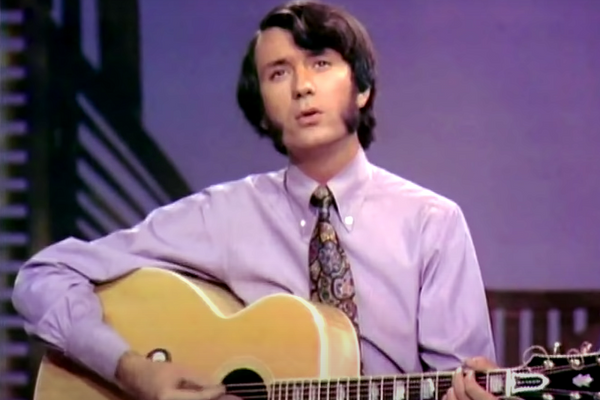 Claim:
Monkee Mike Nesmith took up playing the guitar to regain dexterity in fingers injured by a firecracker explosion.
Rating:

This was probably the single most often cited "fact" about any of the four Monkees to appear in the multitude of teen fan magazines devoted to the group during their heyday: that Mike Nesmith took up playing the guitar to restore dexterity to fingers damaged when a firecracker exploded in his hand.

It was the perfect bit of interesting information to head the sidebar to a magazine article, especially since it helped to convince the public that at least one of the Monkees could actually play a musical instrument. But, it was completely false. Although Nesmith did injure his hand in an accident as a youngster, the injury had nothing to do with a firecracker, and he didn't take up the guitar until years later.

The way Nesmith describes the story, he and some neighborhood kids were smashing rocks with a sledgehammer one day. Mike was holding the target rock, and the sledgehammer came down on his hand instead of the rock. Because Mrs. Nesmith followed the beliefs of Christian Science, young Mike was not taken for medical treatment, and the bones in his hand were therefore not set and did not heal properly. He permanently lost the use of one finger on his right hand as a result, a condition that was not ameliorated by his learning to play guitar.

Mike didn't take up the guitar until several years later, when he was in his 20s. He had joined the U.S. Air Force out of high school, and while on pass one weekend he saw Hoyt Axton performing at a folk club in Oklahoma. When Nesmith's stint in the Air Force ended after, as he put it, he "tipped over a general's plane one morning while cleaning it" (he was in fact honorably discharged), he asked his parents to stake him to a guitar, which he taught himself to play:

I figured that the easiest way to learn was by trial and error. I played records and tried to pick out the right chords as I listened. People told me I must be mad, that they way to do it was to go to a teacher or at least buy a tutor book. The result was that I could do a lot of things with a guitar that just weren't meant to be done.

Nesmith also noted in Infinite Tuesday, his "autobiographical riff," that when he moved from Texas to California after marrying his pregnant girlfriend, he had difficult playing the guitar due to the injured finger:

I had a nice guitar, a gift from my mother and stepfather at the time, but the ring finger on my right hand was ankylosed, so I was not a good player and likely never would be. Before the move I could neither read nor write music.

A memorable background story that could be used for promotional purposes was an essential part of the résumé of 60's pop stars, so the fictional firecracker tale — likely the invention of a publicist who spun it from the true thread of Nesmith's having suffered a hand injury as a child — has been continually published as fact for going on six decades now.