Can You Make Popcorn by Microwaving an Ear of Corn?

A short-form kitchen hack video led many to believe it's possible to make popcorn by microwaving an ear of corn, but it has to be the right kind of corn.. 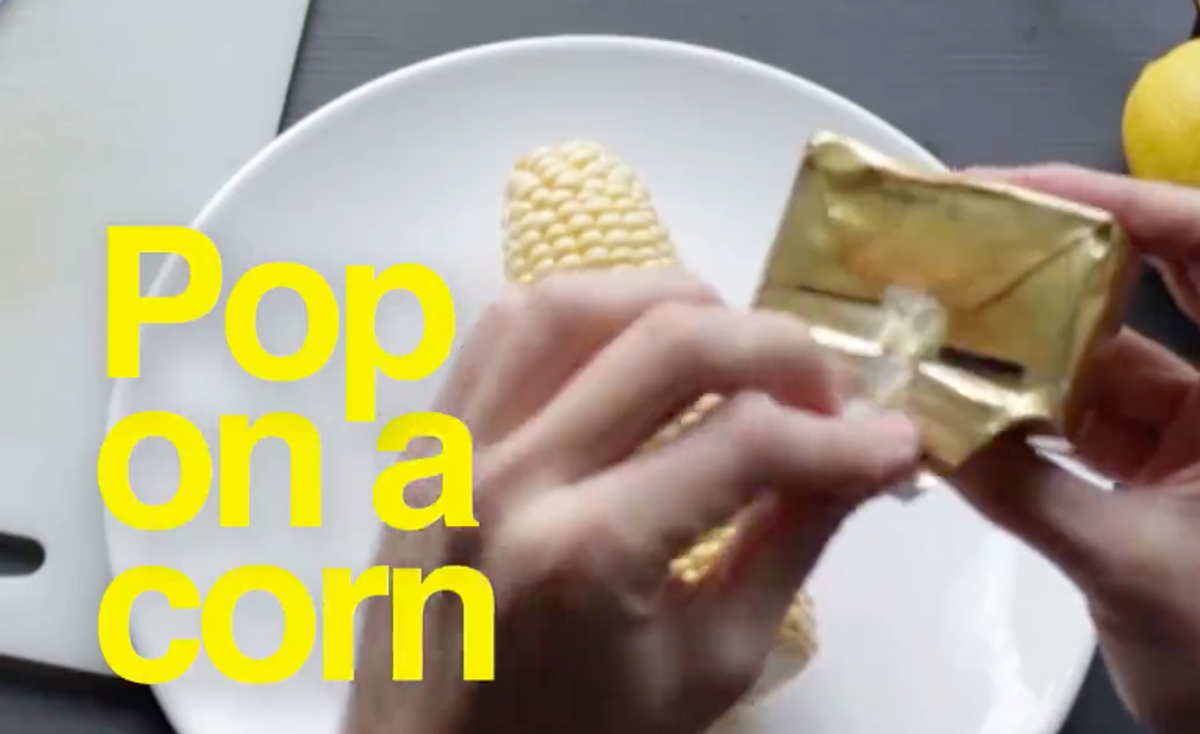 Claim:
You can microwave an ear of corn to make popcorn.
Rating:

Some popcorn is available in cob form, but it's a hard-to-find specialty food.

You cannot butter and pop standard or sweetcorn, nor is attempting to make popcorn from an ear of corn safe.

In February 2016, a video that purported to show it to be possible to make popcorn from an ear of corn inexplicably became a social media sensation, although versions of the video had been appearing online for several years:

Another video came by way of Sun Gazing, which based a post from a single YouTube video:

Who knew you could take a farm-fresh ear of corn and generate your own homemade popcorn?!

I literally could not believe my eyes and EARS as I listened to the popping going on in this man’s microwave.  He explains and illustrates how to do it, with a really soothing “Mr. Rogers” tone in his voice.  All you need is lunch-sized brown paper bags and a fresh ear of corn ... I’m trying this fresh popcorn snack while corn on the cob is still available.  Let us know if you think you will try this healthy alternative, to store-bought popcorn.

The man in the video clarified that the ear of corn used was specifically popcorn (not sweetcorn, which produces a different kind of kernel):

Many newer versions of the claim credited a BuzzFeed video, but we were unable to locate the clip, although we did find a multi-part "microwave hacks" video. The "DIY Popcorn" segment demonstrated using a brown bag and popcorn kernels (not fresh corn) to make a homemade bag of microwaved popcorn:

We also found several failed attempts to pop corn on the cob. A 30 November 2015 Reddit thread involved one such endeavor: In that thread's comments, the user explained which mitigating factors possibly led to their failure to succeed in popping the corn:

i tried for 7 mins, it overcooked the corn, so yay silly me i tried for 15 mins with corn covered with butter in a microwave save box. Off course i didnt realise that super heated corn would melt thru it! RIP one nuker soaked with toxic smoke, i have since bought a new nuker!

There's a good reason so few people have reported success in popping popcorn from an ear of corn.  The kernels are different, with a harder outer shell. It's also prepared for popping in a different way, according to Modern Farmer:

[T]assels on sweet corn and ﬁeld corn stand upright at attention. But popcorn plants are noticeably different — they have ﬂoppier tassels ... popcorn typically pops after being dried; the heated kernels retain a modicum of moisture that turns to steam, expanding corn into the pop zone.

In an undated "Good Things" segment, lifestyle guru Martha Stewart demonstrated to viewers how to pop corn from dried ears of popcorn. Stewart didn't delve into the difference between dried popcorn and ears of sweetcorn in the brief clip, and a single comment on the video read:

We followed exactly what Martha said in the video, but after about 1min 40sec, the bag caught fire and our microwave started zapping. The popped corn acted as kindling to the flames and we literally had to drown our microwave with a bucket of water. Please use caution when using this recipe.

While it remains possible to pop corn on a cob, it has to be popping corn. Standard field corn (or sweetcorn) cannot not be buttered and popped in the same way.  Many "dinner hack" clips you see don't make the distinction between popping corn and normal corn, so consider this: corn on the cob is regularly cooked in the microwave by people heating their dinner with no resulting accidental popcorn.  However, if you try to make popped corn on the cob and use the wrong type of corn, you risk setting something on fire, or worse.

In short, don't attempt to pop corn on the cob unless you've purchased popcorn specifically sold for that purpose.