Is This a Real Pic of Michael Jackson and Biggie Smalls Eating Together? 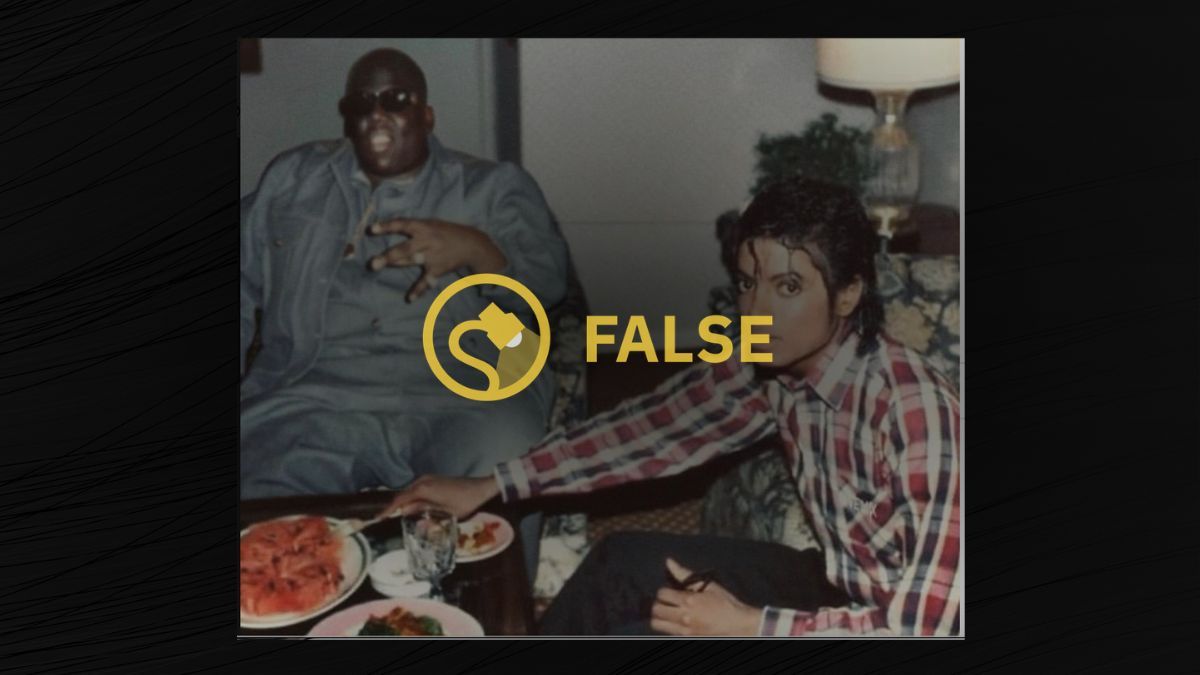 In November 2022, some social media users shared an image allegedly showing famed singer Michael Jackson and rapper Biggie Smalls (aka Notorious B.I.G.) sharing a meal together. In the image, Biggie (real name: Christopher George Latore Wallace) is seated in the background, while Jackson is in the foreground, helping himself to food. Here's a screenshot of the image being shared online: 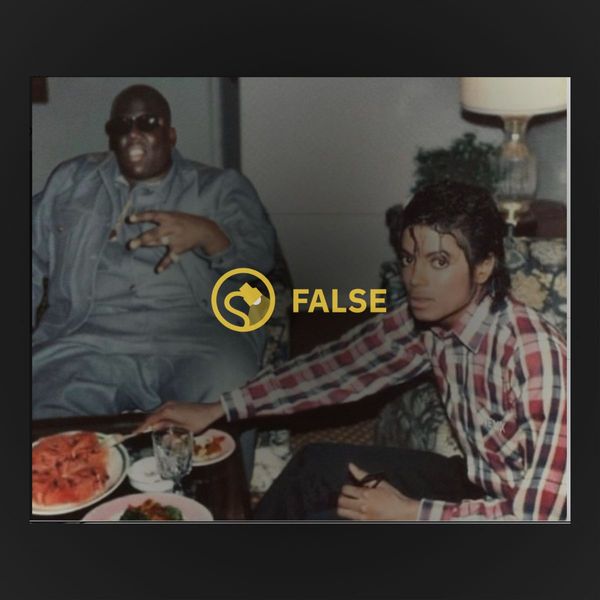 This image (sadly) isn't real. It is a composite of two separate photographs.

In the real photograph of Michael Jackson, he is sitting alone eating. A chair sits in the background, but it's empty. The picture can be found on mjworld.net, a U.K.-based fan site. It was taken at Caribou Ranch, a recording studio in Colorado.

The image of Biggie can be found at BET.com. The image was flipped from left-to-right in the composite above. In the real picture, Biggie is seated next to his then-wife, singer Faith Evans.

Smalls died in 1997, while Jackson died in 2009. Their untimely deaths left behind enormous musical legacies but also waves of controversies.

"When Couples Hit the Stage Together." BET, https://www.bet.com/photo-gallery/dqomdb/when-couples-hit-the-stage-together/dl4it7. Accessed 23 Nov. 2022.