Did Meryl Streep Mock a Disabled Person on a Late Night Talk Show?

An animated image purportedly showing Meryl Streep mocking a disabled person during an appearance on a late night talk show is not what it seems. 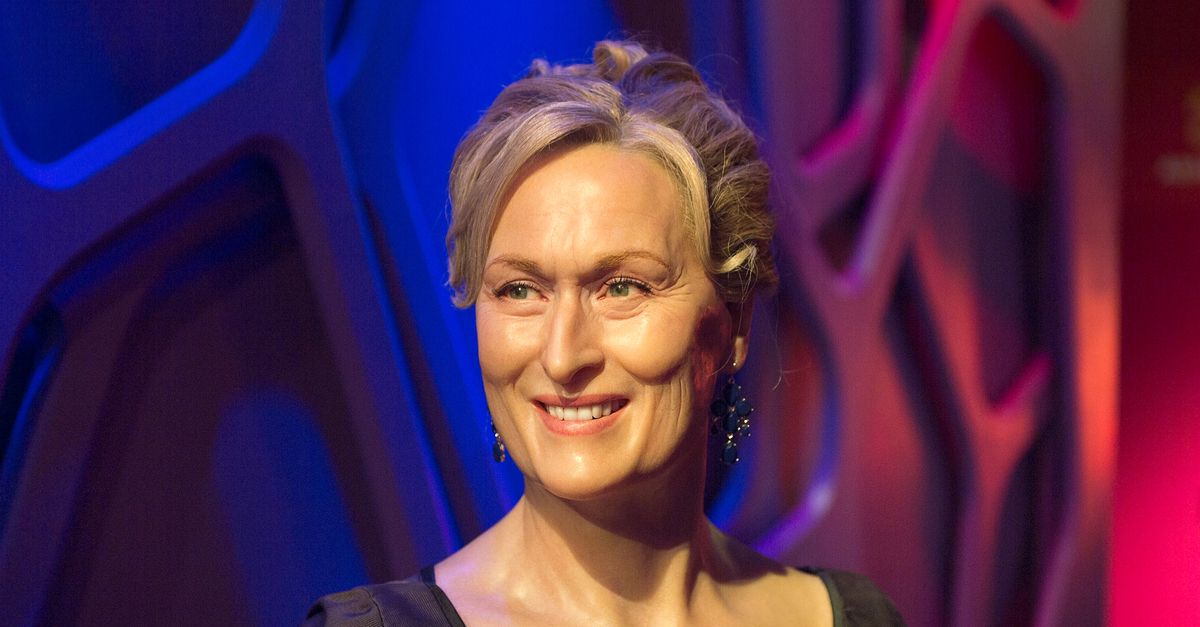 Several rumors aimed at discrediting Meryl Streep were circulated in January 2017 shortly after the actress delivered a controversial speech at the Golden Globes in which she criticized President-elect Donald Trump for (among other things) reportedly mocking a disabled reporter. For example, a video was circulated purportedly showing the actress applauding for Roman Polanski (who fled the U.S. to avoid sexual assault charges) at the 2003 Academy Awards (TRUE) and an article was published claiming that she was fired from a major movie project for lying about Donald Trump (FALSE).

#MerylStreep made fun of mentally challenged on late night tv here's proof her entire speech was a fraud pic.twitter.com/vhjhEJPPsH

The above-displayed image does depict a real moment from a talk show on which Streep appeared, but it had little to do with the mentally challenged.

This clip was taken from a guest appearance by Streep made on The Tonight Show with Conan O'Brien  on 27 July 2009 to promote her movie Julie and Julia. During the interview, O'Brien asked Streep about the movie 1985 movie Out of Africa, and the actress related a story about how a portion of the movie was filmed using real lions. The relevant portion of the interview (starting at around the 6:00 mark of the following video) is transcribed below:

Streep: I did feel pretty safe except on the last day of shooting (director Sydney Pollack) wanted the lions to ... they imported all of the lions from California.

Conan: You get a more laid back lions that way.

Streep: You do. They were kind of relaxed. And they were not charging me in the right way. There's a scene inside of a boma, which is an enclosure for cattle made of thorns and stuff. And the cattle were on one side and then there was me with my whip and this little was just sitting there ... because she was chained.

So I'd go (whip sound) and she was supposed to charge me with the camera covering the side so it doesn't show her leash. And she just wouldn't do it. So on the last take Sydney told them to take the leash off. Because it was a wrap the next day and if they got the shot. They got the shot.

And Sydney says it didn't happen. But it did happen.

In short, the animated image supposedly showing Meryl Streep mocking a disabled person actually captures a portion Streep's appearance on The Tonight Show with Conan O'Brien in which she told (and partially acted out) a story about being scared by a lion on the set of Out of Africa.