Did Meryl Streep Applaud Roman Polanski at the Academy Awards?

A video clip showing Meryl Streep applauding for Roman Polanski at the Academy Awards in 2003 came to the forefront after the actress' controversial 2017 Golden Globes speech. 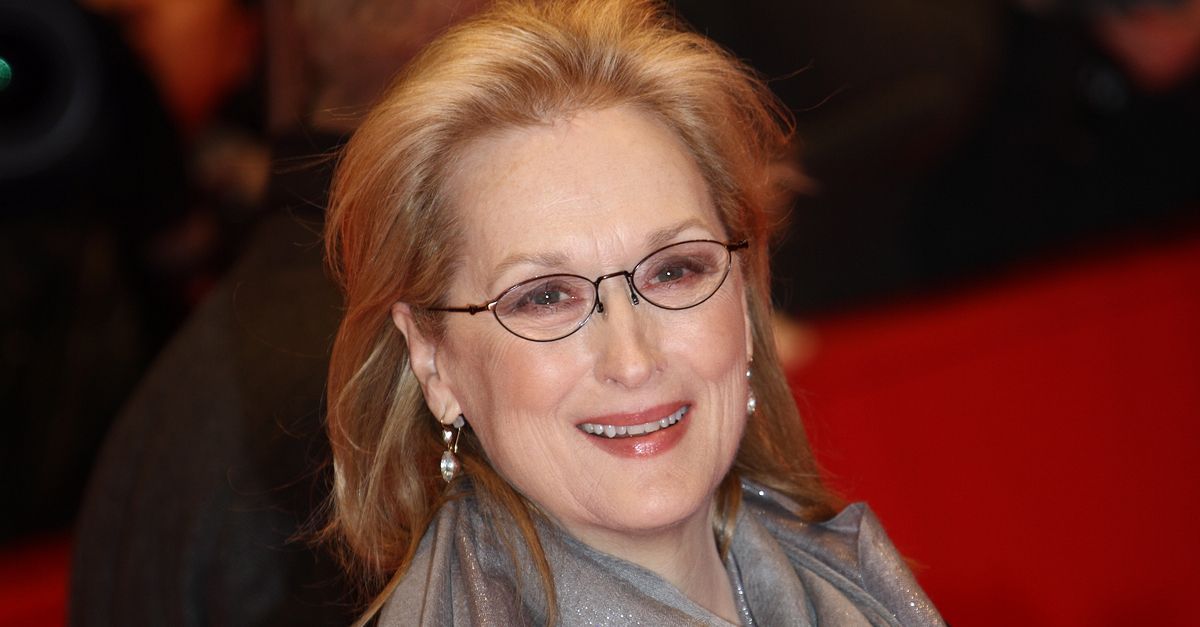 Claim:
Meryl Streep applauded for Roman Polanski at the Academy Awards in 2003.
Rating:

On 9 January 2017, the day after after Meryl Streep delivered a speech critical of President-elect Donald Trump as she was awarded the Cecil B. DeMille Award for lifetime achievement at the annual Golden Globes ceremony, an image macro purportedly showing the actress cheering for director Roman Polanski — who fled the United States in the 1970s to avoid imprisonment for the sexual assault of a minor — at the Academy Awards ceremonies in 2003 was circulated on social media: The image of Steep's applauding (along with nearly everyone else present) was indeed taken from the Academy Awards ceremony of 2003, just after Polanski was announced as the winner in the Best Director category for his film The Pianist. The event captured in the screenshot can be glimpsed at the 1:10 mark of the following video:

This video was widely shared online in an effort to portray Streep (and other Hollywood elites) as hypocritical:

Well well well… it turns out while Meryl Streep has a problem with the President Elect Donald Trump, she is perfectly fine with Roman Polanski, who as a 43 yr old, RAPED a 13 year old girl. In fact, Streep even gave Polanski a standing ovation.

You can read details about Polanski’s sick crime here.

I guess these are “Liberal Hollywood values” actors abide by. Standing ovation for rapists, and long-winded diatribes against a man looking to put America First. Are you proud of that hypocrisy, Meryl?

Streep's speech at the Golden Globes also sparked the ire of president-elect Donald Trump, largely because the actress brought attention to a 2015 incident when Trump reportedly mocked a handicapped reporter:

But there was one performance this year that stunned me. It sank its hooks in my heart. Not because it was good; there was nothing good about it. But it was effective and it did its job. It made its intended audience laugh, and show their teeth. It was that moment when the person asking to sit in the most respected seat in our country imitated a disabled reporter. Someone he outranked in privilege, power and the capacity to fight back. It kind of broke my heart when I saw it, and I still can’t get it out of my head, because it wasn’t in a movie. It was real life. And this instinct to humiliate, when it’s modeled by someone in the public platform, by someone powerful, it filters down into everybody’s life, because it kinda gives permission for other people to do the same thing. Disrespect invites disrespect, violence incites violence. And when the powerful use their position to bully others we all lose.

Trump responded to Streep's comments on Twitter, calling her one of the "most over-rated" actresses in Hollywood and denying that he had "mocked" a disabled reporter:

Meryl Streep, one of the most over-rated actresses in Hollywood, doesn't know me but attacked last night at the Golden Globes. She is a..... — Donald J. Trump (@realDonaldTrump) January 9, 2017

"groveling" when he totally changed a 16 year old story that he had written in order to make me look bad. Just more very dishonest media! — Donald J. Trump (@realDonaldTrump) January 9, 2017