Was a Mermaid Discovered on the River John in 1918?

It's difficult to discover something that does not exist. 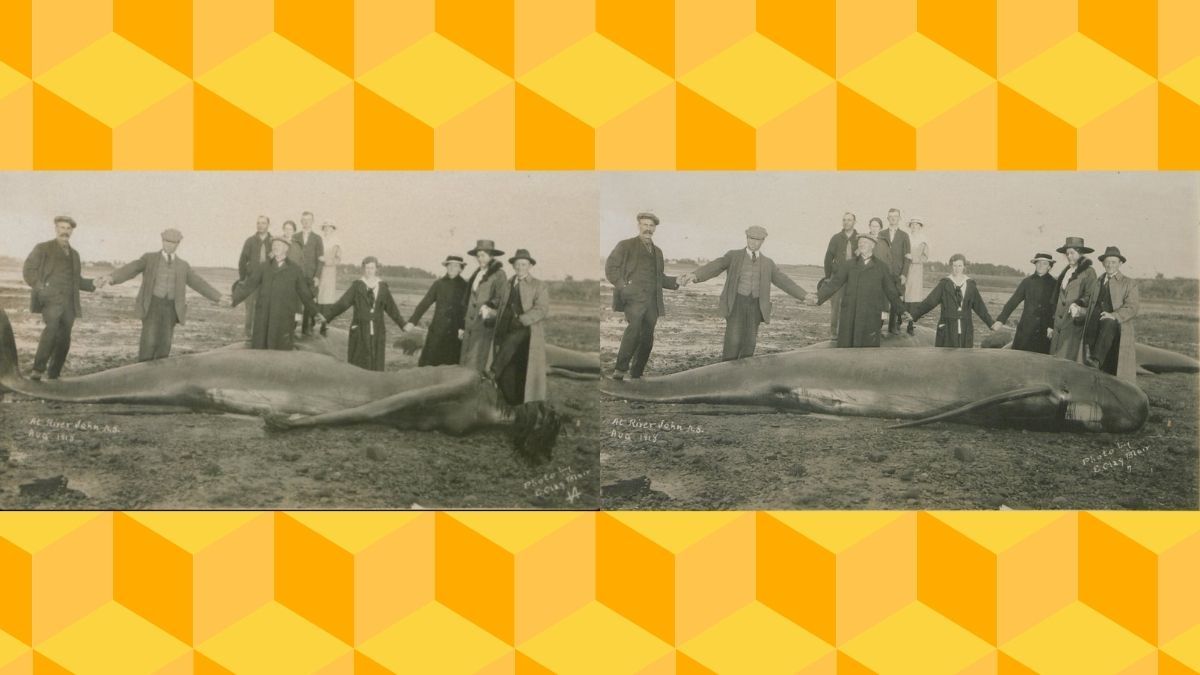 Claim:
A photograph shows a mermaid that was discovered in Nova Scotia in 1918.
Rating:

In May 2021, a photograph circulating on social media supposedly showed a mermaid that had been discovered along the River John in Nova Scotia in 1918: This was not a genuine photograph of a mermaid, but a digitally altered image of a beached whale.

It was created by Eduardo Valdés-Hevia, a digital artist whose Twitter bio states "my pictures are slightly edited."

Here's a comparison of the doctored mermaid image (left) and the genuine photograph (right):

The genuine photograph on the right comes from the "Picturing Canada" collection, a series of photographs taken between 1895 and 1923 that were digitized by the British Library in 2012 and made available via Wikipedia. Details for this specific image are scarce. The only information available comes from the title: "At River John, Nova Scotia, August 1918. [Beached whales.]."

The digital artist who created this mermaid image has made other similar artworks. The following image, for example, supposedly shows a group of people wrangling some sort of giant bug on a beach: