Does This Photo Show a Real Zebra with Menorah Stripes?

Zebra stripes are cool ... question is whether they're THIS cool. 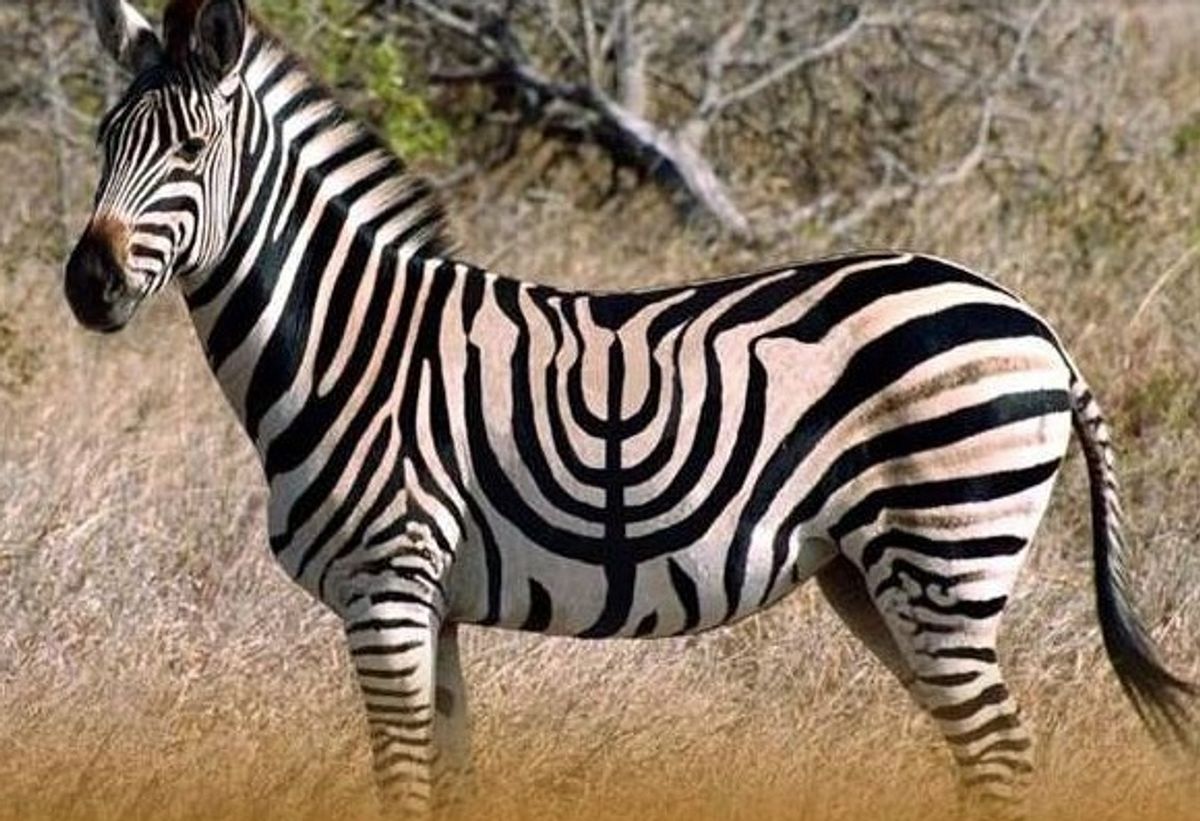 Claim:
A viral image shows a real zebra that has stripes in the shape of a menorah.
Rating:

The start of Hanukkah on Dec. 22, 2019, arrived online with an altered photograph of a zebra bearing stripes in the shape of a menorah. This image has been on the internet since at least 2012, and though the underlying photograph of a zebra is real, the pictured zebra doesn't have menorah-shaped stripes. The original image (sans menorah) can be found on iStock, a stock image provider. It was taken at Kruger National Park in South Africa. The altered version has circulated widely throughout the years, with a tendency to resurface prominently around Hanukkah.

Lighting candles is central to the celebration of the eight-day Jewish holiday, during which a candle is lit each night to commemorate what is known as the Miracle of Hanukkah. As NPR reports, "Jews celebrate their victory over a tyrant king and the rededication of the Temple in Jerusalem. As the story goes, a small quantity of oil to light the Temple's menorah miraculously lasted eight days."