Is This a Fossil of a Megalodon Tooth Embedded in a Whale Bone?

Did a megalodon take on a whale in an encounter that has been preserved for the ages? 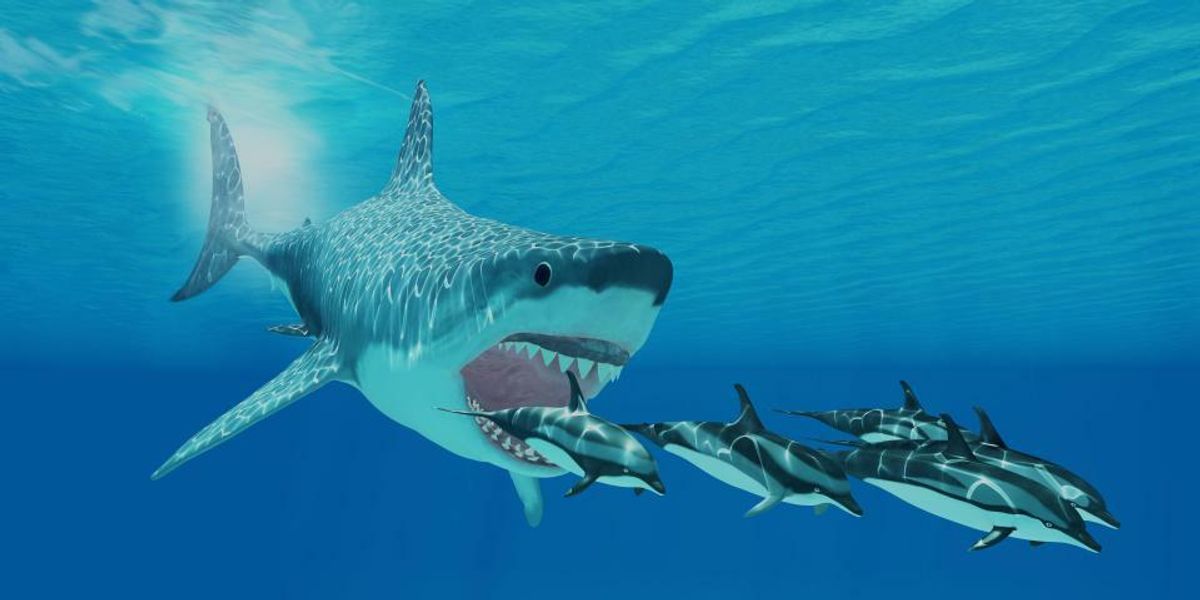 Claim:
A photograph shows a genuine fossil of a megalodon tooth embedded in a whale bone.
Rating:

A photograph purportedly showing the tooth of a megalodon -- a prehistoric shark that could reach sizes of nearly 60 feet in length -- embedded in a whale bone is frequently shared online with the claim that it represents the "most badass fossil in existence": While this image likely shows a genuine megalodon tooth as well as a genuine whale bone, these two artifacts were not discovered at the same time, in the same location, or in this particular arrangement. This picture actually shows a tooth that was artistically mounted by a fossil seller.

The photograph was originally posted on Reddit in July 2012 under the title "The newest addition to my museum of a house: a megalodon tooth stuck in a whale vertebrae!" Users were skeptical of the image, however, and noted that similar items could be purchased on eBay for relatively low prices.

The original poster asked their father, who had purchased the item, about it an returned to the thread with this reply:

My dad just came home and I asked him, and his response was, "It's a real tooth and a real vertebra from a whale, but are you kidding me?! Of course the guy put them together! If it originally came like that, it would be worth millions of dollars and be in a museum!" So yea, they are both real, but the tooth was not originally lodged in there -.-

Another picture showing a megalodon tooth embedded in a whale bone can be found on the web site Fossilera, where it is accompanied by a similar explanation: The tooth and the bone are both authentic, but the tooth was artistically mounted in the bone before it was sold. Fossilera similarly noted that it is highly unlikely anyone would discover a genuine fossil of megalodon tooth and a whale bone connected in this fashion: This is a fossil Megalodon tooth which has been artistically mounted in a fossil whale cervical (neck) vertebrae, representing predator and prey. Whales were one of the main prey items on the Megalodon, their fossilized bones often bear tooth marks, and Megalodon teeth often show significant feeding damage from striking bone due to feeding.

Realistically the massive bite forces would have caused the tooth and/or the vertebrae to fracture, so you wouldn't naturally have a intact tooth embedded in a bone like this. But, it makes for a cool, and conversation starting display.

Fossils Online also has an example of a megalodon tooth embedded in a whale bone. Again, this item is accompanied by a description which noted that the "tooth has been placed in the vertebra": Interesting display piece. Paperweight for someone's office? Book end? The tooth has been placed in the vertebra. This was not found like this. On very rare occasions, the tip of a shark tooth is found imbedded in whale bone. Bite marks are usually left behind, but rarely a tip of a tooth is found. This shows the interaction between the two species in a more artistic fashion. The vertebra measures approximately 5 1/2" tall.