Is This a Picture of Children Giving a Meerkat a Bath?

Sometimes even pets uncomplainingly go along with children's play. 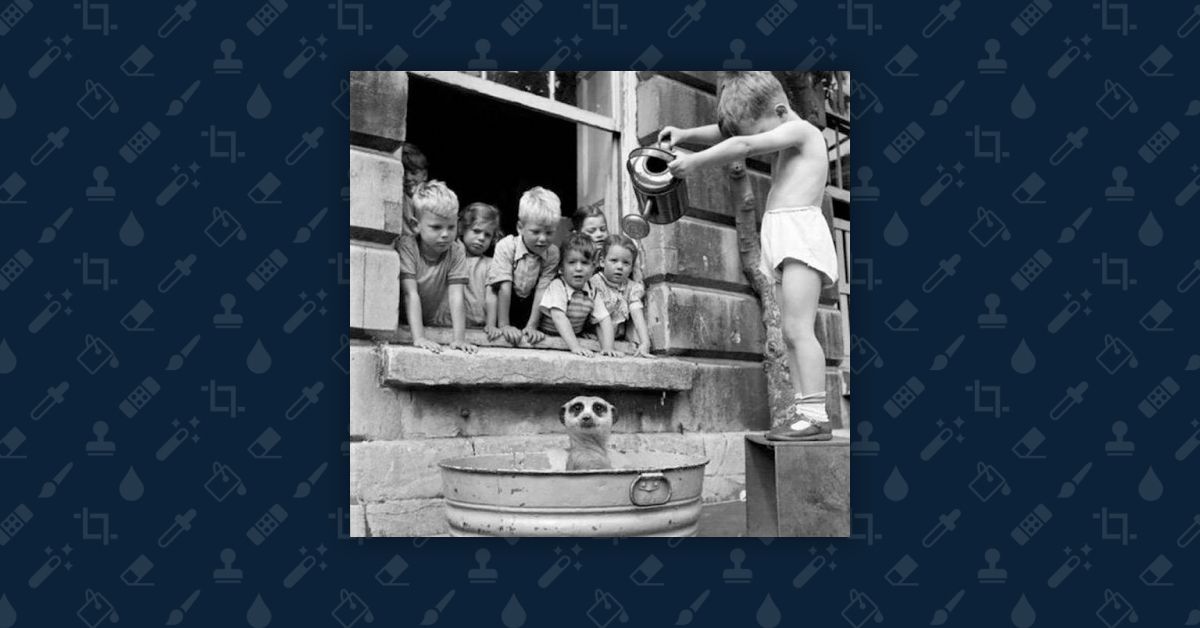 Claim:
A photograph shows a group of children in South Africa giving a meerkat a bath.
Rating:

A photograph purportedly showing a group of children giving a meerkat a bath frequently appears on social media, along with faulty claims -- for example, that the photograph was taken in the 1950s in South Africa: Although it's true that the photograph was taken in the 1950s, no meerkat was involved in the original image, which shows a child getting a bath in Bristol, England -- not South Africa. The photograph is available via Getty Images, which describes it this way:

Little one-yr-old, Georgina Rumph, likes to be in the swim.

In fact she just love's a tub with some-water [sic] in it. However, a shower's another thing. The silly watering can cause little Georgina to get upset. This scene, was taken at Ashley Road Day nursery, Bristol. August 1953 (Photo by WATFORD/Mirrorpix/Mirrorpix via Getty Images)

Here's a comparison of the fake meerkat image (left) with the original image of Georgina (right):