Tired, Poor, But Not Disabled 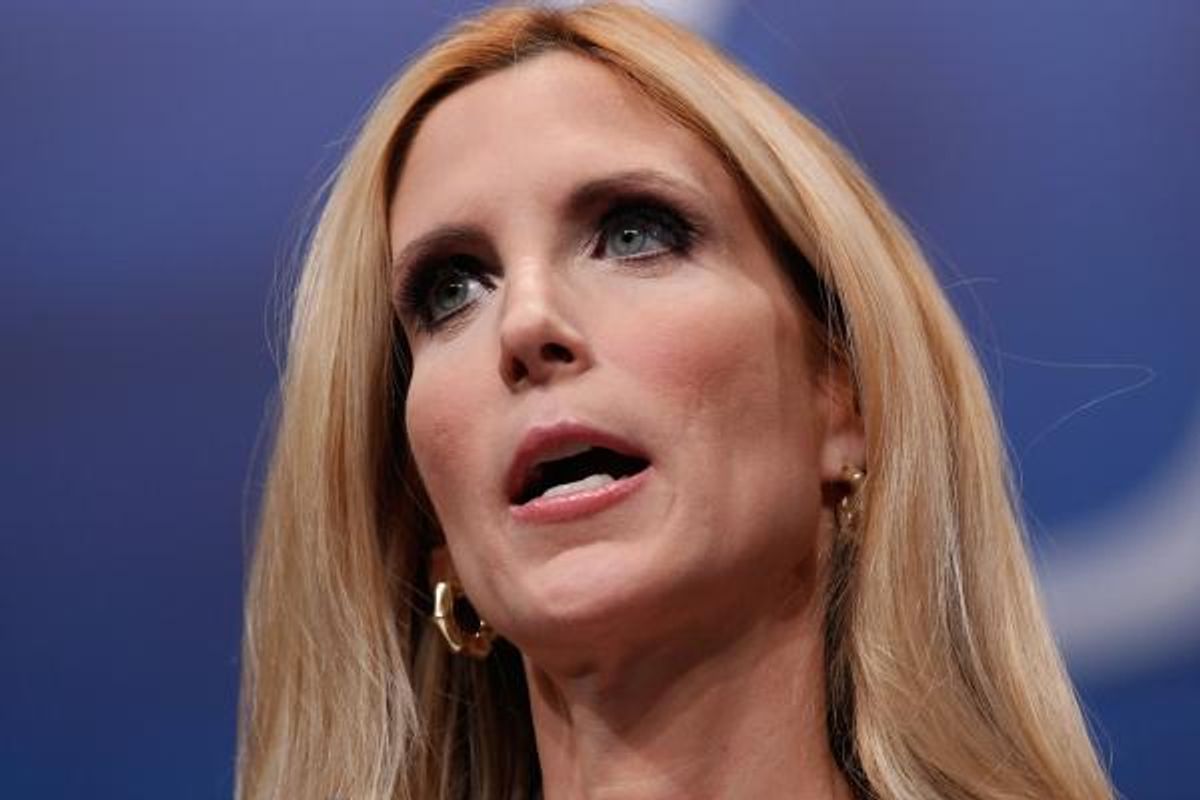 :   Ann Coulter said that "cripples" shouldn't be allowed to become citizens of the United States.

Origins:   On 8 June 2015, the entertainment Facebook group Stop the World, The Teabaggers Want Off posted a photograph of conservative commentator Ann Coulter along with a quote ostensibly uttered by her about how "crippled" (i.e., blind or wheelchair-bound) people should not be allowed United States citizenship: This is not a genuine quotation, however. One of the Stop the World, The Teabaggers Want Off group's stocks in trade is posting memes with fabricated quotes from conservative figures. The group has previously published dubious diatribes attributed to such political notables as Sarah Palin, Mitt Romney, and Duck Dynasty star Phil Robertson.

Although the Facebook group Stop the World, The Teabaggers Want Off often includes source citations for their fictional quotes (e.g., the above-displayed quote allegedly came from Coulter's latest book), they are rarely accurate. A disclaimer notes that the content published by the Facebook group is for "entertainment purposes" only:


This page is for entertainment purposes. It is NOT meant to be taken seriously. It is primarily satire and parody with a mix of political memes and messages.

Although in this case the quotation offered by Stop the World, The Teabaggers Want Off was not a literal one and was not taken from the cited source, Coulter did say something of this nature during a radio interview promoting her book. However, what she expressed was not that persons with disabilities should not be allowed to immigrate to the U.S. and become citizens, but rather that U.S. Citizenship and Immigration Services (USCIS) should not make accommodations to ensure that such persons are not excluded from USCIS programs or activities because of their disabilities:


Coulter [said] that she was appalled that there is an exception to the English-language requirement for naturalized citizens for certain older people who have been legal residents for decades, who she implied don’t “love this country.” She also took exception to accommodations for citizenship applicants with disabilities.

“The INS has waived the English-language requirements for many immigrants, and it’s not just — that obviously goes to the heart of it, are you switching allegiance, do you love this country? — but beyond that, how about the wheelchair-only section? How about the section for the blind? Look, wish these people well, but we’re not running an international charity here,” she said.