Did Jerry Lewis keep a significant portion of the funds raised during the annual MDA Labor Day Telethon? 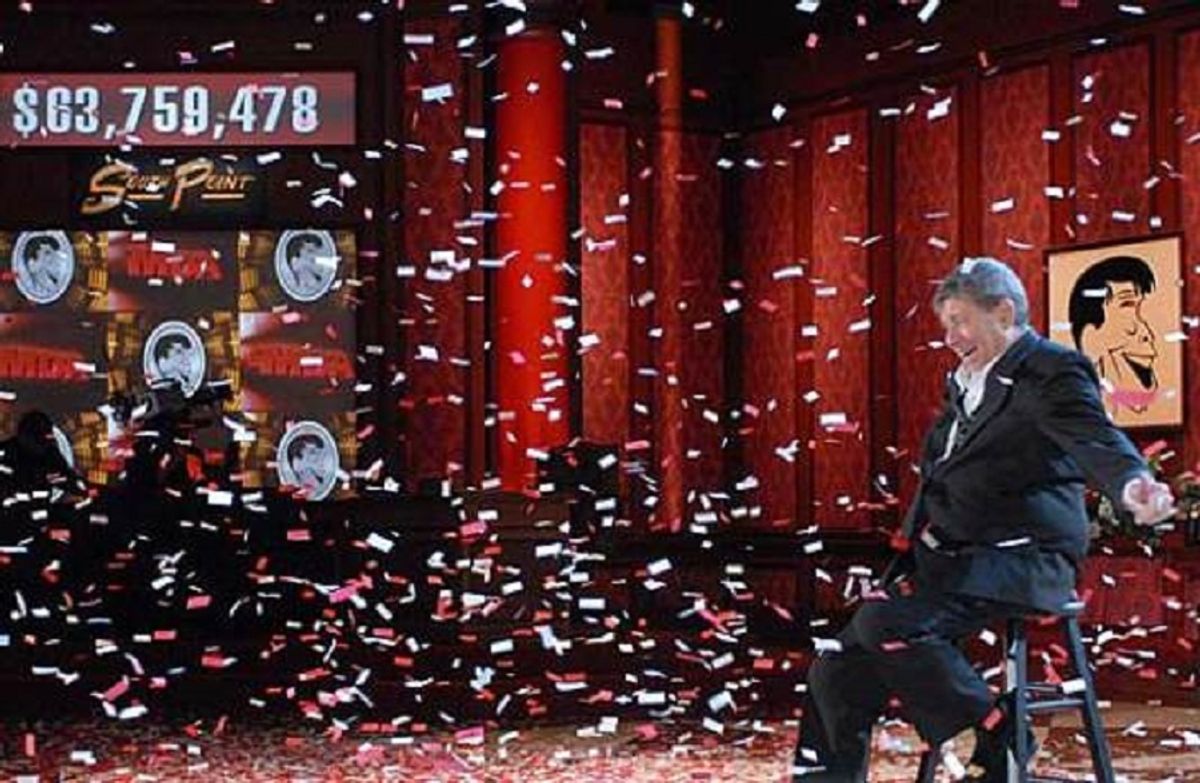 Many of us who grew up in the U.S. in the mid-20th century came to associate a familiar pattern of television events with major holidays. Eastertime always brought a network airing of the classic MGM film The Wizard of Oz, the extended Thanksgiving weekend kicked off with Macy's Thanksgiving Day Parade and continued with a bevy of pro football games, the Christmas season was marked by a variety of seasonal animated specials (e.g., Rudolph the Red-Nosed Reindeer, A Charlie Brown Christmas), and New Year's Day started off the calendar with a day-long block of college football bowl games.

From a kid's perspective, at least, Labor Day wasn't an important holiday in our part of the country — it didn't provide us with an additional day off (falling as it did during the tail end of summer vacation) and it wasn't accompanied by traditions that brought us neat stuff like fireworks, candy, or presents; it served mainly as a unwanted reminder that summer break was nearly up and a new school year was about to begin. Nonetheless, Labor Day did have its own distinctive TV moment: the annual Jerry Lewis-hosted MDA Labor Day Telethon.

Watching a bunch of celebrities we'd never heard of earnestly trying to solicit donations to cure a disease unfamiliar to us wasn't exactly compelling children's fare, but in those (when television for us consisted of just three networks and a handful of local stations) we watched whatever was on, and one could hardly view television on Labor Day weekend without catching at least a glimpse of Jerry Lewis gamely broadcasting around the clock, as the numbers on the MDA tote board grew ever larger and larger in a frenzied countdown to the finale.

From an adult perspective, though, comedian Jerry Lewis is recognized for having spent several decades as a tireless champion who raised for the service and research programs of the Muscular Dystrophy Association (MDA) during his 54-year association with that organization (an association that ended in 2011). His familiar annual Labor Day weekend telethons for "Jerry's kids" began in 1966 with a broadcast that was aired by a single New York City television station and brought in over in pledges and eventually grew into day-long events carried by hundreds of TV stations.

Inevitably, though, there are always some cynics who believe that nobody could spend so much time raising so much money for altruistic reasons, and the whole charade must have been a front for personal gain:

My co-worker was telling me that her mother refuses to give to the Jerry Lewis Telethons because she claims that he only has to donate 10% of what he collects and gets to keep the rest.

There was no truth to this view, however: everyone associated with the MDA star Jerry Lewis, to the numerous and performers who also appeared on the telecasts, to the operators who answered the pledge his or her time without monetary compensation. The MDA's (which, as a non-profit organization, they are required to make public) details, in reports prepared by independent auditors, where all the money they have taken in from various sources (including their annual Telethons) goes, and not a penny of it ended up in Jerry Lewis' pocket.

As the MDA's Telethon FAQ noted:

Jerry Lewis receives no pay for his tireless year-round work for MDA. He is MDA's "number-one volunteer" and star of the Telethon.

Other celebrities serve as Telethon co-hosts and performers. None of the celebrities on the Telethon receive any pay for their efforts.

Although many casual Telethon viewers may not be aware of it, the Muscular Dystrophy Association does much more than just sponsor medical research to develop a cure for muscular dystrophy and other neuromuscular diseases. Among their many activities and programs, the MDA:


Like most long-running, well-known events, the MDA Labor Day Telethon spawned its own subset of legends. Answers to two of the questions most commonly posed about the MDA Telethon are as follows: