Does a McDonald's sign acknowledge the chain's use of "french fry grease" to warm coffee? 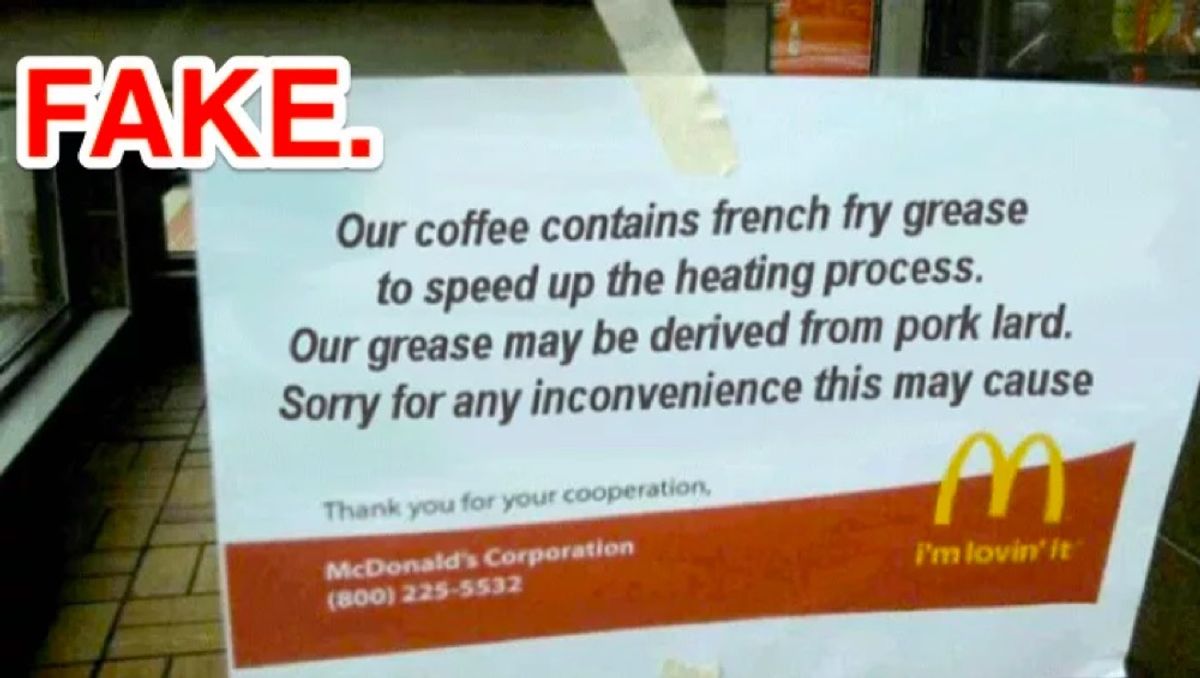 Claim:
A McDonald's sign acknowledges the chain's use of "french fry grease" to warm coffee.
Rating:

Fake news and hoaxes have spread more slowly on Facebook since the social network cracked down on sites that primarily traffic in spreading misinformation under the rubric of offering "satire," and such is the case with the fake sign shown above, which supposedly informs McDonald's customers that the chain uses "french fry grease" in their coffee to "speed up the heating process."

As is common for such hoaxes, it didn't take long for the "sign" to begin spreading via social media warnings:

For all my Moslem friends who eat at McDonald's beware - did you know the fat that is used to fry the chips/fries... https://t.co/LWeSpQ2Hnf

McDonald’s Exposed For Using Left Over "French Fry" Grease in its "Coffee" https://t.co/e9wLkP8CCI

Now only was this sign a digital forgery that was rehashed and regurgitated by a bevy of fake news sites in June 2015, it was also just a recycled version a similar hoax dating back to at least 2011. In the earlier version, the fabricated sign claimed that McDonald's was imposing a surcharge on black customers to offset robbery losses: One obvious hoax giveaway is that the toll-free contact number displayed on these signs (800-225-5532) is actually for KFC, not McDonald's.