During an appearance on Fox News, U.S. Sen. Mitch McConnell seemed to indicate he would support the former president if he ran again. 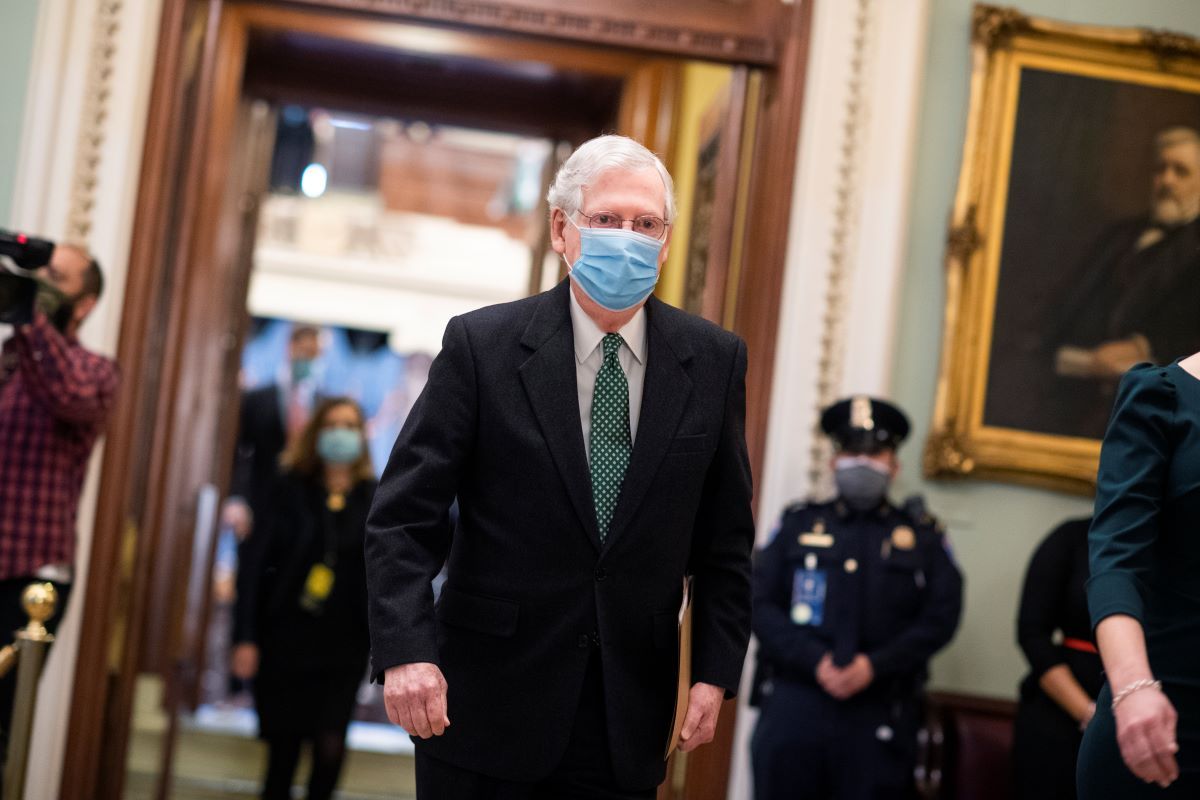 Claim:
U.S. Senate Minority Leader Mitch McConnell said "absolutely" when asked if he would support former President Donald Trump if he was the Republican Party's nominee in 2024.
Rating:

During an appearance on Fox News on Feb. 25, 2021, U.S. Senate Minority Leader Mitch McConnell appeared to agree that he would support former U.S. President Donald Trump in 2024 if Trump were the Republican Party's nominee for president.

The exchange with Fox News host Bret Baier sparked numerous headlines and social media posts, with some observing that McConnell's comment was notable because he had recently also blamed Trump for inciting a deadly riot at the U.S. Capitol on Jan. 6, 2021.

NBC reporter Sahil Kapur posted a video of the exchange:

Some reports questioned whether McConnell heard Baier's question correctly. A tweet from McConnell's spokesman David Popp, however, seems to suggest McConnell said exactly what he meant to say:

McConnell stated, "Well, there's a lot to happen between now and '24. I've got at least four members [of Congress] that I think are planning on running for president, plus some folks and governors and others. There's no incumbent. Should be a wide-open race and fun for you all to cover."

Baier then asked, "If the president was the party's nominee, would you support him?"

McConnell replied, "Uh, the nominee of the party? Absolutely."

We reached out to Popp by email asking if any further clarification was needed, but didn't get a response in time for publication.

Trump was impeached by the House of Representatives for incitement of insurrection following the Jan. 6 riot at the U.S. Capitol that killed five people. But most Senate Republicans, including McConnell, voted not to convict him. McConnell, however, called Trump "practically and morally responsible" for the violence.