Does This Photograph Show a Couple Kissing During the 1971 May Day Protests?

When advertisements imitate scenes from the past, modern commercial creations often become mistaken for history. 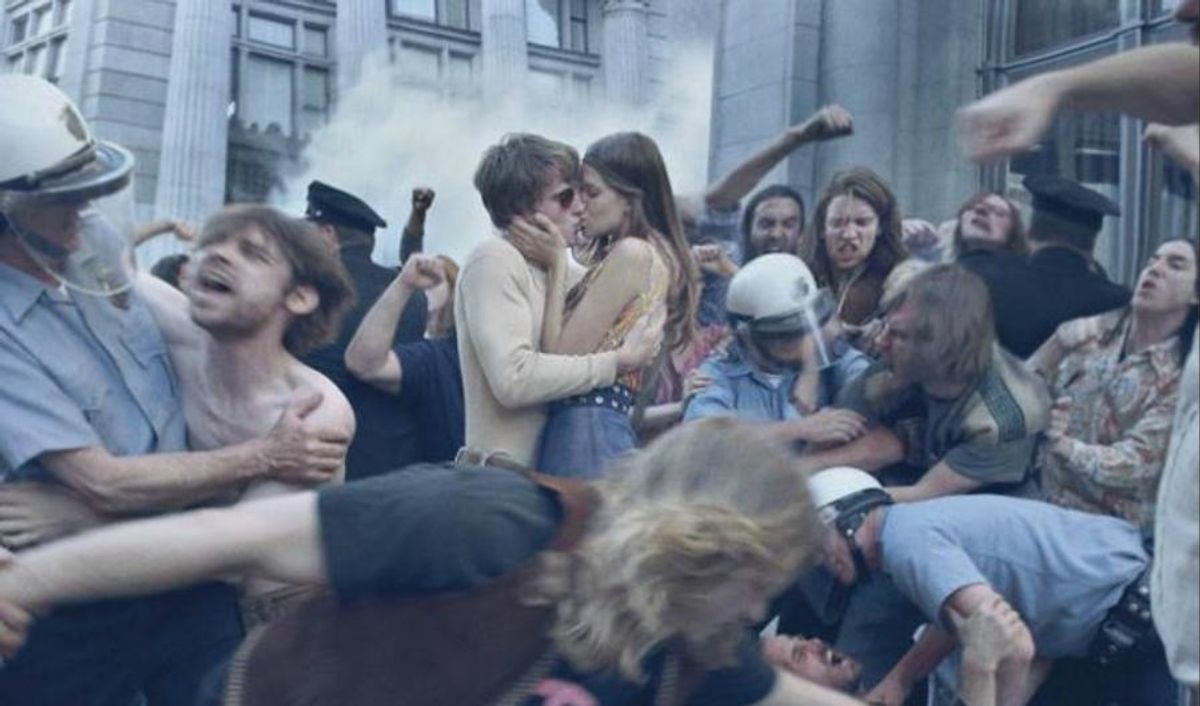 Claim:
A photograph captures a couple kissing amidst the 1971 May Day protests.
Rating:

On 1 May 1971, some 35,000 protesters camped out in West Potomac Park near the Washington Monument park in Washington, D.C., in preparation for a demonstration against the Vietnam War. But the Nixon administration canceled the protester's permit, and over the next few days U.S. Park Police, Washington Metropolitan Police, the D.C. National Guard, and federal troops clashed with, and dispersed, many of the protesters. The civil disobedience activities that took place in D.C. that week have since become known as the "1971 May Day Protests."

On 27 April 2018, the "History Lovers Club" Twitter account tweeted a photograph touted as "one of the most beаutiful photos ever taken," an image supposedly showing a young couple passionately kissing during the May Day protests, heedless of the violence occurring all around them:

One of the most beаutiful photos ever taken, a couple kissing in the 1971 May Day Protests. pic.twitter.com/oUJtyysKrE

However, this photograph dates from several decades after the 1971 May Day protests and has nothing to do with that event. It's actually an image created for a 2012 advertising campaign for Ray-Ban brand sunglasses, called "The Kiss" and featuring the slogan "Never Hide":