The Republican state senator attracted nationwide coverage and widespread criticism in April 2019, but what did she actually say? 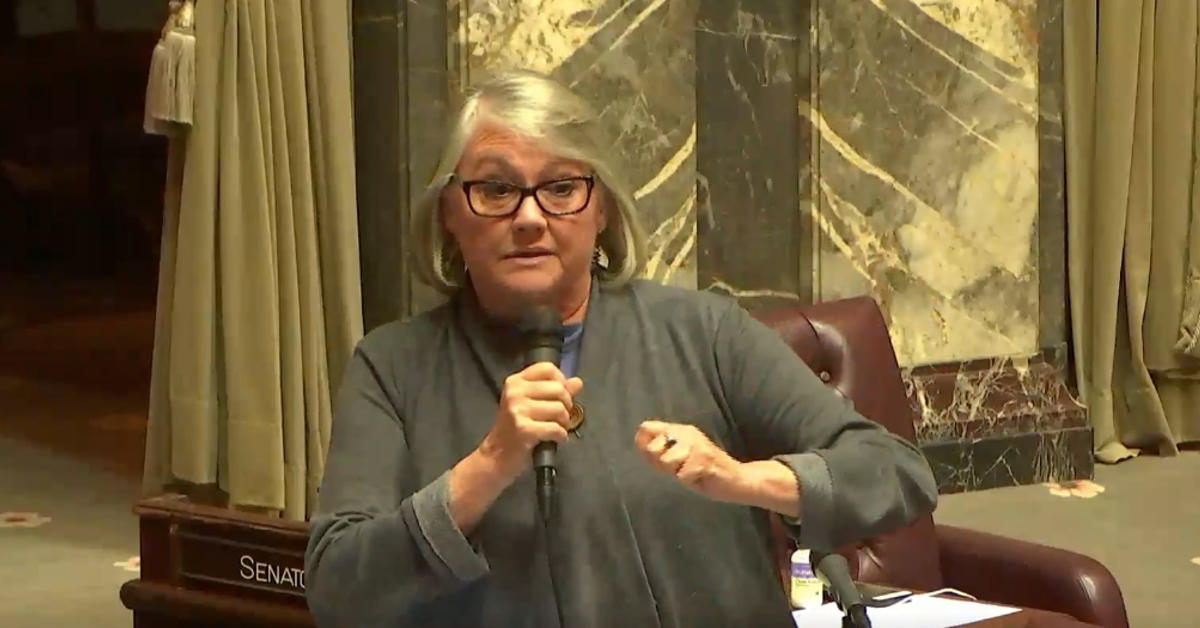 On 16 April, Washington state Sen. Maureen Walsh said nurses in Critical Access Hospitals with relatively few patients "probably do get breaks" and "probably play cards for a considerable amount of the day."

Walsh was speaking specifically about nurses at small, rural Critical Access Hospitals. She was not referring to all nurses in all contexts.

In April 2019, Washington state Sen. Maureen Walsh attracted local and national attention — and criticism — for remarks she made during a debate about legislation intended to improve nurses' working conditions.

On 19 April, the website Nurse.org posted a widely shared article whose headline read: "Senator Remarks Go Viral: Nurses 'Play Cards for a Considerable Amount of the Day.'" The article went on:

"Yes, you read that correctly, Senator Maureen Walsh of Washington State (R-Washington State) seems to believe that nurses actually have time to sit around and play cards at work. Nurses everywhere are responding that they are actually busy saving lives and rarely receive their lawful breaks.Senator Walsh made the comments on April 16, 2019, and was said to be referring to the nurses who work in critical access hospitals. She believes that they should be exempt from Washington State bill SHB 1155 that would protect nurses from mandatory overtime and protect their meal and rest breaks."

Walsh did say, of nurses in certain hospitals, that they "probably play cards for a considerable amount of the day," and she has since said she regrets having done so. However, she made her remarks in a very specific context, and was not referring to all nurses everywhere, despite the impression given in much subsequent commentary and reporting.

The Walla Walla senator was speaking during a Washington Senate floor debate on 16 April, on the subject of SHB 1155, a piece of legislation that would require health-care providers to give clinical employees uninterrupted meal and rest breaks during their shifts, except in emergencies.

More specifically, Walsh was speaking in support of Amendment 724, which was put forward by her Republican colleague State Sen. Curtis King. That amendment would exempt a certain category of hospitals (Critical Access Hospitals) from the requirements of the bill.

Critical Access Hospitals (CAHs) are smaller, typically rural hospitals with fewer than 25 in-patient beds that are legally designated as CAHs by the federal Centers for Medicare and Medicaid Services. Because they typically serve relatively isolated rural communities, they receive certain financial support and benefits from the federal government in order to ensure their ongoing sustainability.

Walsh supported the proposed exemption of CAHs from the meal and rest-break requirements in SHB 1155, arguing that staff there were not typically as busy as their counterparts in other hospitals, and therefore did not require such mandatory regular breaks. In the interest of completeness, here are Walsh's remarks in full, which can also be watched here (beginning at around 9:10):

I understand helping with employees and making sure that we have rest breaks and things like that, but I also understand that we need to care for patients, first and foremost. And by putting these types of mandates on a Critical Access Hospital that literally serves a handful of individuals — I would submit to you those nurses probably do get breaks. They probably play cards for a considerable amount of the day. But the reality is this bill does not apply to Critical Access Hospitals.

In a statement sent to Snopes, the Washington State Nurses Association rejected one of the premises of Walsh's call for CAHs to be exempted from the proposed new requirements, arguing that, far from being in grave financial danger, "the majority of these small, rural hospitals are financially healthy and well equipped to implement SHB 1155’s patient safety standards," adding that: "Over the last four years of reports, the total net income (surplus) for Washington’s 40 critical access hospitals is $208,657,776, with an average surplus of $5,216,444 per hospital.

When one views Walsh's remarks in their full and proper context, it's clear that her "playing cards" comment related specifically to nurses in CAHs ("those nurses"). She was not claiming that all nurses everywhere spend much of their working days playing cards.

This is in contrast to the impression created by much of the subsequent coverage of her remarks. For example, Nurse.org summarized her remarks as "Nurses 'play cards for a considerable amount of the day,'" without reflecting that Walsh was actually describing only a relatively small subcategory of nurses.

On 19 April, Juliana Bindas started an online petition on Change.org that called for Walsh to follow a nurse around during a 12-hour shift. The text that accompanied the petition (which had more than 500,000 signatures as of 22 April) also provided a misleading characterization of the senator's comments, claiming "Senator Maureen Walsh stated that we as nurses mostly spend our 12 hour shifts playing cards."

Similarly, many online memes and social media responses markedly failed to recognize that Walsh's remarks had referred to a specific cohort of nurses, and not all nurses in every context. Headlines published by major national news outlets including CNN and The Hill also failed to reflect the specific context of Walsh's comments, instead giving the misleading impression she had been talking about all nurses.

On 20 April, Walsh told the Tri-City Herald newspaper she regretted her comments, saying "I was tired. I said something I wish I hadn't." In a statement provided to the local KEPR television station, the state senator elaborated further and clarified that her remarks were indeed specifically in reference to nurses at CAHs:

"My Mother was [a registered nurse] for many years and I have the greatest respect for nurses. The comment made about the ability to play cards was referring to the staff at the very rural and small critical access hospitals who may only serve a handful of patients and [where] the staffing mandates are unnecessary."

On 16 April, the Washington State Senate passed Amendment 724, along with the revised version of SHB 1155, which subsequently included an exemption for CAHs. In the House, a different version of the bill had already been passed, meaning the legislation was scheduled for reconciliation between the two chambers, as of 22 April.