The politicians traded a few barbs after word got out about a maskless gathering of young Republicans in December 2020. 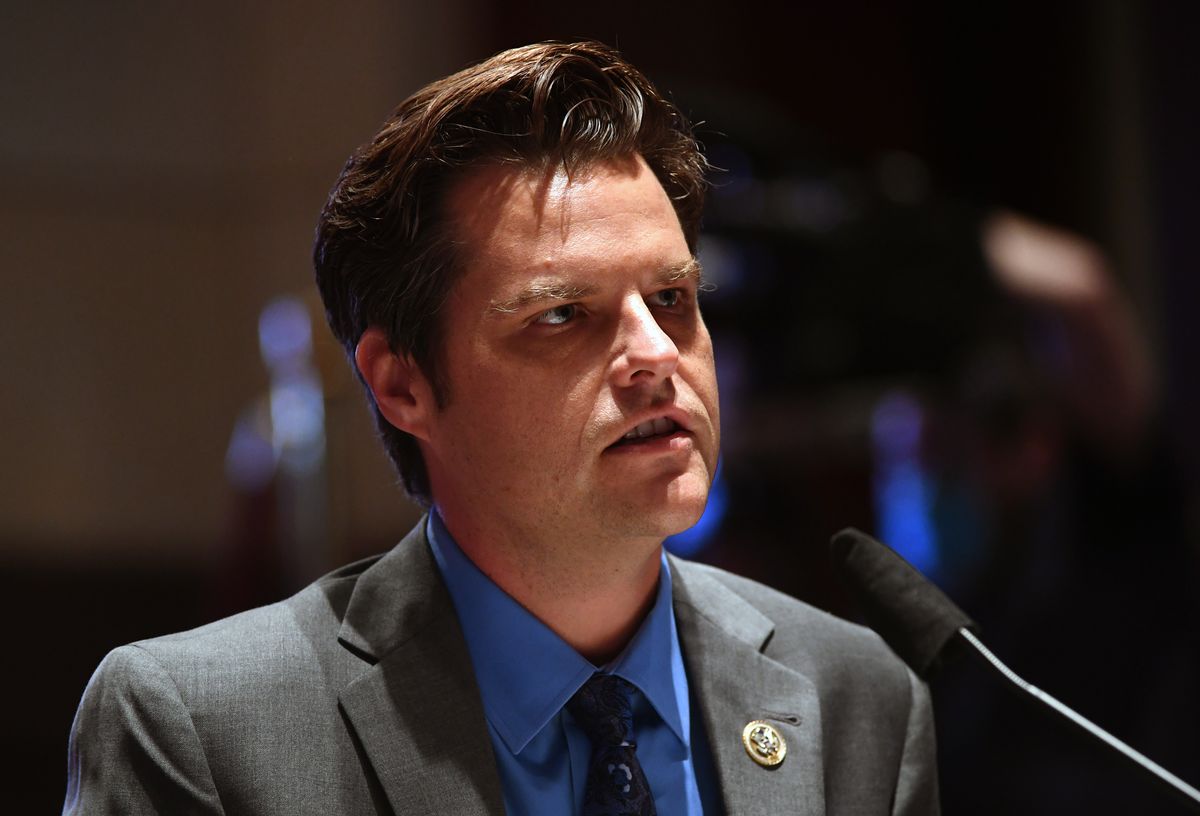 It is true that Murphy called Gaetz "Matt Putz" and also referred to him as a "fool." Video of the "Matt Putz" moment was posted on Twitter:

That video was also retweeted by the account for @GovMurphy: NBC New York reported on the story, writing that it was out of character for the governor to go after another politician in such a manner:

The event was held Thursday night, and photos on social media show a tightly packed crowd -- with no masks -- surrounding Gaetz, who represents part of the Florida Panhandle and who was apparently a guest of honor at the event.

"That guy in the middle, the tall, handsome fella in the gray suit, that is Representative Matt Putz - oh sorry, Matt Gaetz, and based upon his past performances, it is obvious being a knucklehead is not beyond the pale for him," Murphy said at a news conference. "He was actually Sarah Palin's backup act for this event."

It's true that Gaetz attended a gala with the New York Young Republican Club, and he was pictured maskless with others at the event. While Gaetz was a guest speaker, the keynote speaker was listed as James O'Keefe of the conservative activist group Project Veritas.

Gaetz published a number of tweets in response to Murphy's calling him out, including one that said: "You’re gonna regret this tweet when you move to Florida like the rest of New Jersey." He also said he would be returning to New Jersey in the future.