A quote from a famous person would not magically appear for the first time on the internet long after their death. 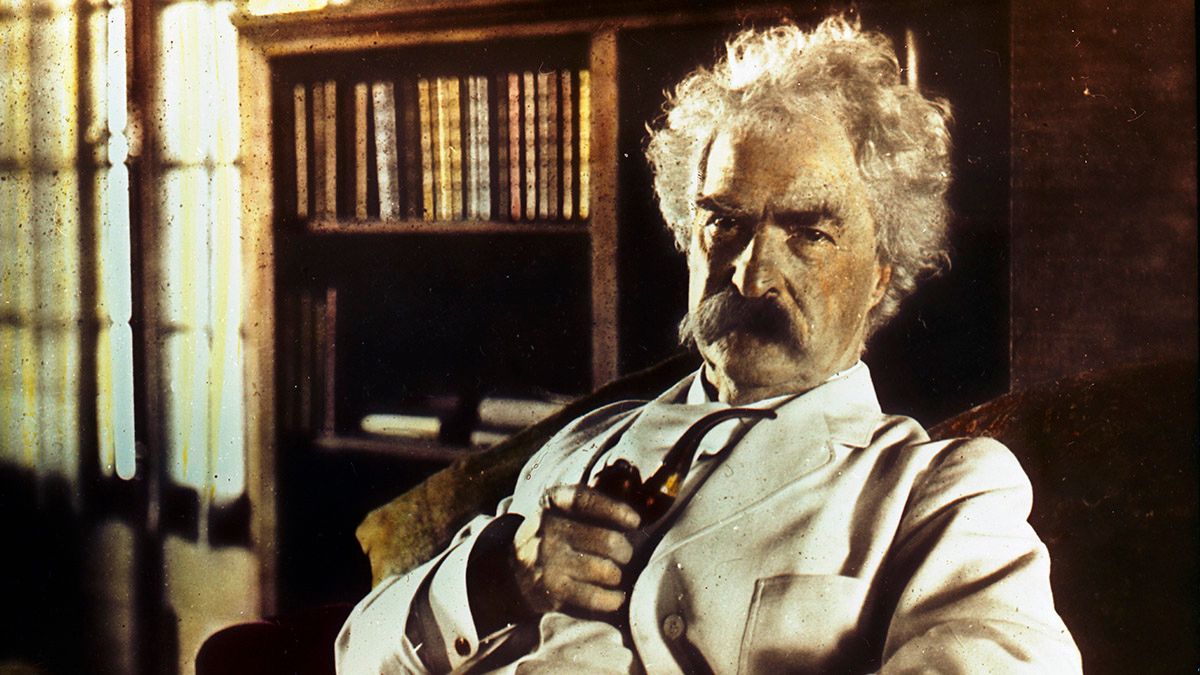 Claim:
Mark Twain once said, "The truth has no defense against a fool determined to believe a lie."
Rating:

On Nov. 2, 2022, we received an email from a reader who attached a quote meme and asked if it's true that author Mark Twain once said, "The truth has no defense against a fool determined to believe a lie." The reader said that they saw the meme on the Tribel social media app.

A quick search of old books on the Google Books search engine showed that this was not a genuine quote from Twain. We found no literature from the 20th century that mentioned the sentence. A quote from a famous person such as Mark Twain, which was a pseudonym of Samuel Clemens, would not suddenly appear for the first time on the internet long after his death in 1910. 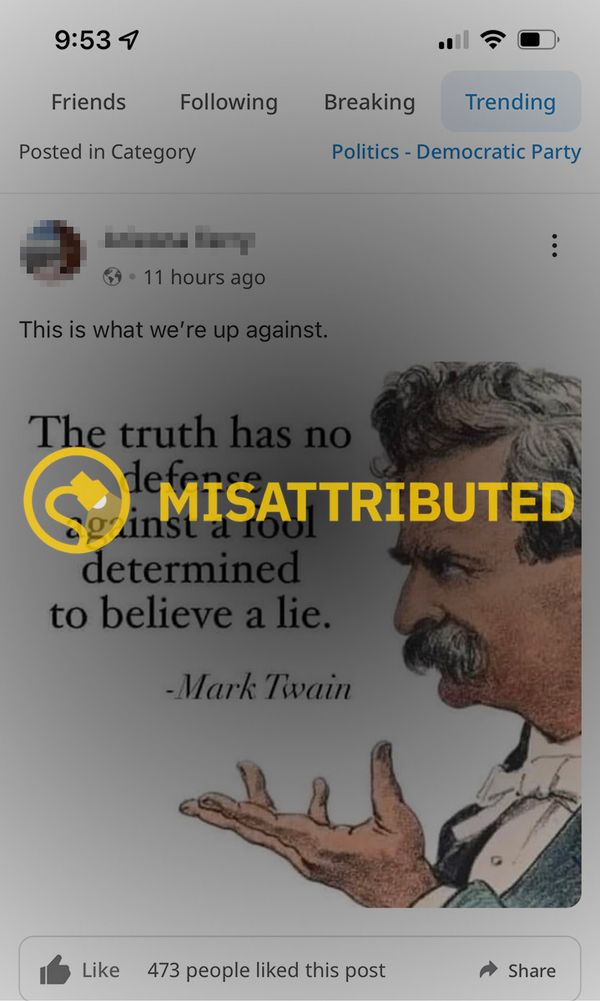 Several searches of Twitter filtered by individual years showed that the first mention of the exact quote with Twain's name may have been in a tweet dated March 16, 2021.

Previously, on Aug. 19, 2020, another user tweeted a similar quote with minor alterations in the words, but without Twain's name. It read, "The truth has no defense against a fool that is willing to believe a lie."

In addition to shares on social media, we found the misattributed quote on the political website Freedom Stump, on Reddit, and on iFunny.co.

In sum, there's no evidence that Twain ever said the words, "The truth has no defense against a fool determined to believe a lie."

Note: TruthOrFiction.com also previously reported on this quote in March 2022.