Did Mark Twain Say, 'In the Beginning of a Change, the Patriot Is a Scarce Man'?

We're happy to report that not all of the quotes attributed to Mark Twain on the internet are bogus. 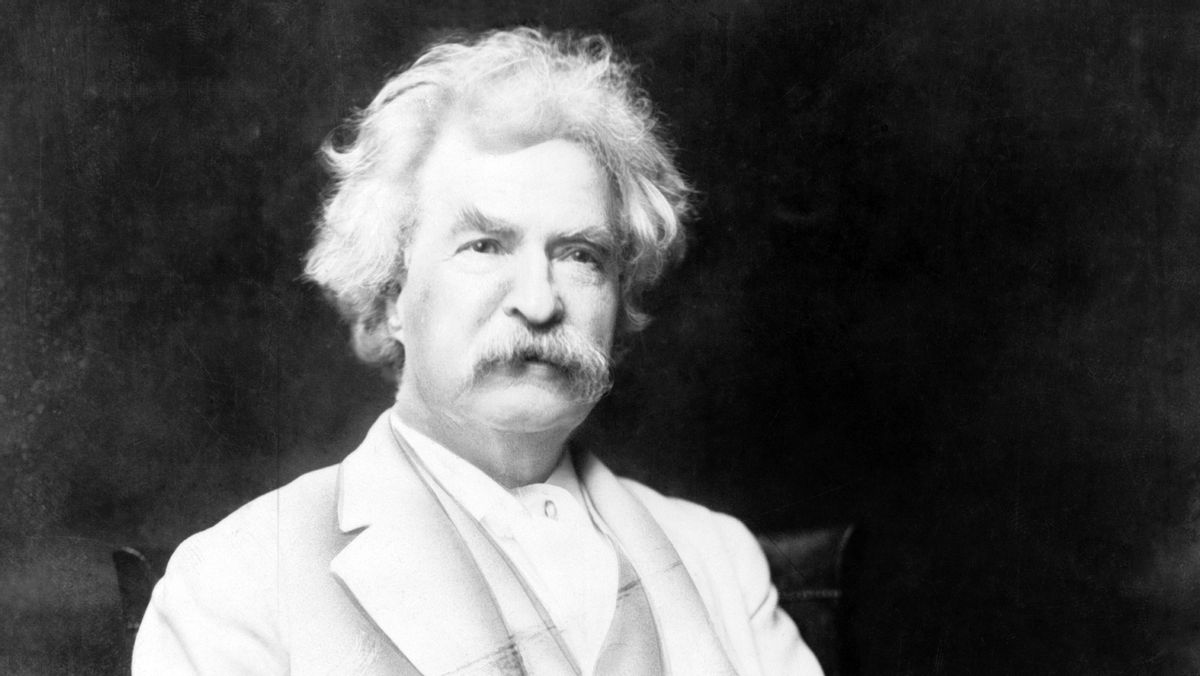 Image Via Library of Congress/Getty Images

Claim:
Mark Twain wrote: "In the beginning of a change, the patriot is a scarce man, and brave, and hated and scorned. When his cause succeeds, the timid join him, for then it costs nothing to be a patriot."
Rating:

Mark Twain (1835-1910), the author of "Huckleberry Finn" and "Tom Sawyer," remains one of the most celebrated American writers and humorists. He is certainly among the most quotable authors of all time, not to mention one of the most misquoted. For whatever reason, people like to attribute jokes and aphorisms to Twain that he never said or wrote.

In early 2023 we were alerted to a meme that was circulating with a quote attributed to Twain on the subject of patriotism. It had been greeted with some skepticism online, in part because some people pointed out that the year given for the quote, 1935, was 34 years after Twain's death. When we investigated, however, we found that the quote itself is properly attributed to him, and 1935 was the date it was first published. 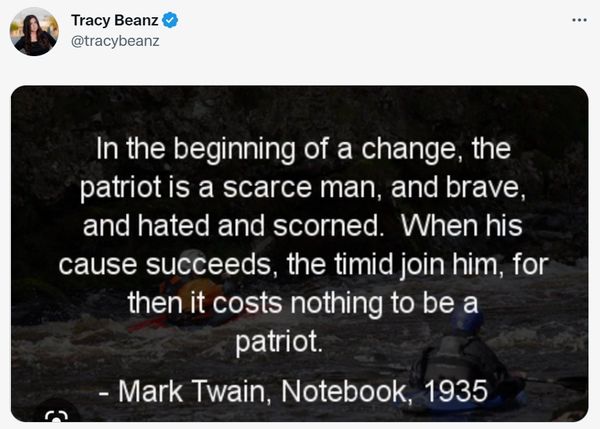 The passage is an excerpt from a section titled "Maxims in the Rough" from "Mark Twain's Notebook," a collection first published in 1935 by Harper & Brothers. Here is the full paragraph, plus the the three that immediately followed it, for context:

In the beginning of a change the patriot is a scarce man, and brave, and hated and scorned. When his cause succeeds, the timid join him, for then it costs nothing to be a patriot. The soul and substance of what customarily ranks as patriotism is moral cowardice — and always has been.

In any civic crisis of a great and dangerous sort the common herd is not privately anxious about the rights and wrongs of the matter, it is only anxious to be on the winning side. In the North, before the War, the man who opposed slavery was despised and ostracized, and insulted. By the "Patriots." Then, by and by, the "Patriots" went over to his side, and thenceforth his attitude became patriotism.

There are two kinds of patriotism — monarchical patriotism and republican patriotism. In the one case the government and the kind may rightfully furnish you their notions of patriotism; in the other, neither the government nor the entire nation is privileged to dictate to any individual what the form of his patriotism shall be. The Gospel of the Monarchical Patriotism is: "The King can do no wrong." We have adopted it with all its servility, with an unimportant change in the wording: "Out country, right or wrong!"

We have thrown away the most valuable asset we have —  the individual right to oppose both flag and country when he (just he by himself) believes them to be in the wrong. We have thrown it away; and with it all that was really respectable about the grotesque and laughable word, Patriotism.