Is This a Photo of the Mangbetu Tribe That Practiced Head Elongation?

Understanding the history of a centuries-old tradition is key. 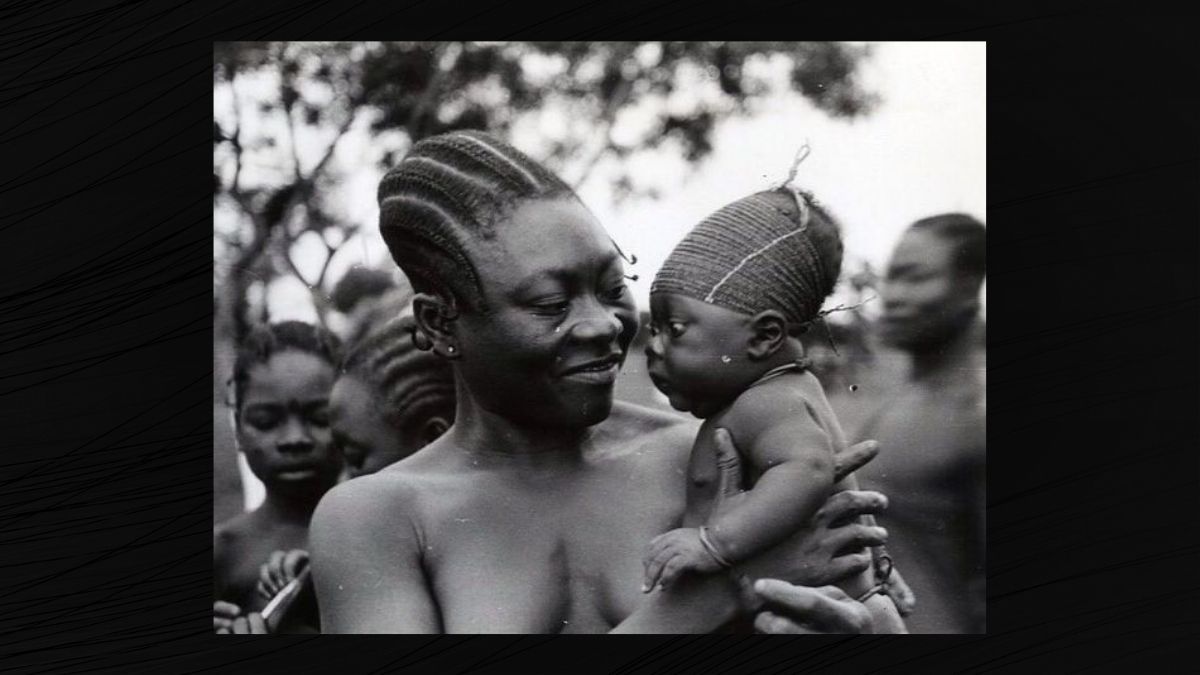 Image Via Reddit/National Museum of the Democratic Republic of Congo

Claim:
A photograph shows a mother and child from the Mangbetu tribe that practiced head elongation from a young age, believing it to be a sign of intelligence and beauty.
Rating:

A photograph that went viral on Reddit correctly shows a mother and child from the Mangbetu tribe in the Democratic Republic of the Congo that practices head elongation from a young age.

This practice is not unusual. People around the world have been molding and elongating their children’s skulls from an early age for thousands of years, and while it is less common today, the tribe continues to do it at a smaller scale.

According to Discover magazine, the practice involved using “cloth to tightly bind the heads of female children, beginning a month after birth, in a cultural tradition called 'Lipombo.'” Like many groups around the world, the Mangbetu believed that women's elongated heads were a status symbol and indicated beauty and intelligence.

Even the tribe's historical artifacts showcase those elongated heads. A figurative vessel in the Metropolitan Museum of Art collection details how their art was influenced by their ideals of beauty:

A distinctive tradition of anthropomorphic sculpture associated with Mangbetu culture developed about 1900. Although such forms predate the colonial presence, European patrons greatly expanded the demand for them. These works show the elaborate reed-reinforced coiffures and elongated heads once common among the Mangbetu, who in the past shaped infants' skulls by gentle pressure.

The images of women with elaborate coiffures is quite common in popular culture, with many claiming that artists like Beyonce also took inspiration from the Mangbetu tribe. According to the Smithsonian National Museum of African Art, this custom was also emulated by neighboring groups and was particularly common among the ruling classes of the Mangbetu tribe.

We tried to determine where the photograph was originally from, and found it shared on a Tripadvisor post from the National Museum of the Democratic Republic of Congo (MNRDC) in Kinshasa. A wall featuring the same photograph also showed up on Google’s travel page about the MNRDC. We reached out to the museum to learn more about its background. Eric Kuikende Banshona, an education researcher at the MNRDC, confirmed to us that it was indeed a photograph showing a woman and child from the Mangbetu tribe.

“This practice was one of the criteria to be considered as a beautiful girl and woman in the Mangbetu community,” he said. “At the same time the Budu tribe also practices this [and] up to now we can meet people with these kinds of heads so it is not an exclusively Mangbetu practice.”

He added that the idea of beauty is also a “complex concept in African understanding.”

The museum also looked into its archives and found that the photograph was taken in 1947 by a Ch. Eeman and was classified in the museum around 1980, by Joseph Cornet, a Belgian-born ethnologist and art historian. Banshona also described how the process for elongating the head goes: “[It] is performed from the first day of birth. The head is surrounded by cords or raphia that are removed every 2 or 3 days in order to be able to tighten them. The operation is completed [in] around 8 to 9 months.”

The actual health impact of such a practice is widely debated, with some arguing it adversely affects the brain's cranial lobes, while others say there are no discernible health effects.

We thus rate this claim as "True."