Do Manatees Control Their Buoyancy by Farting?

Manatees appear to have harnessed the energy-saving power of their manatoots. 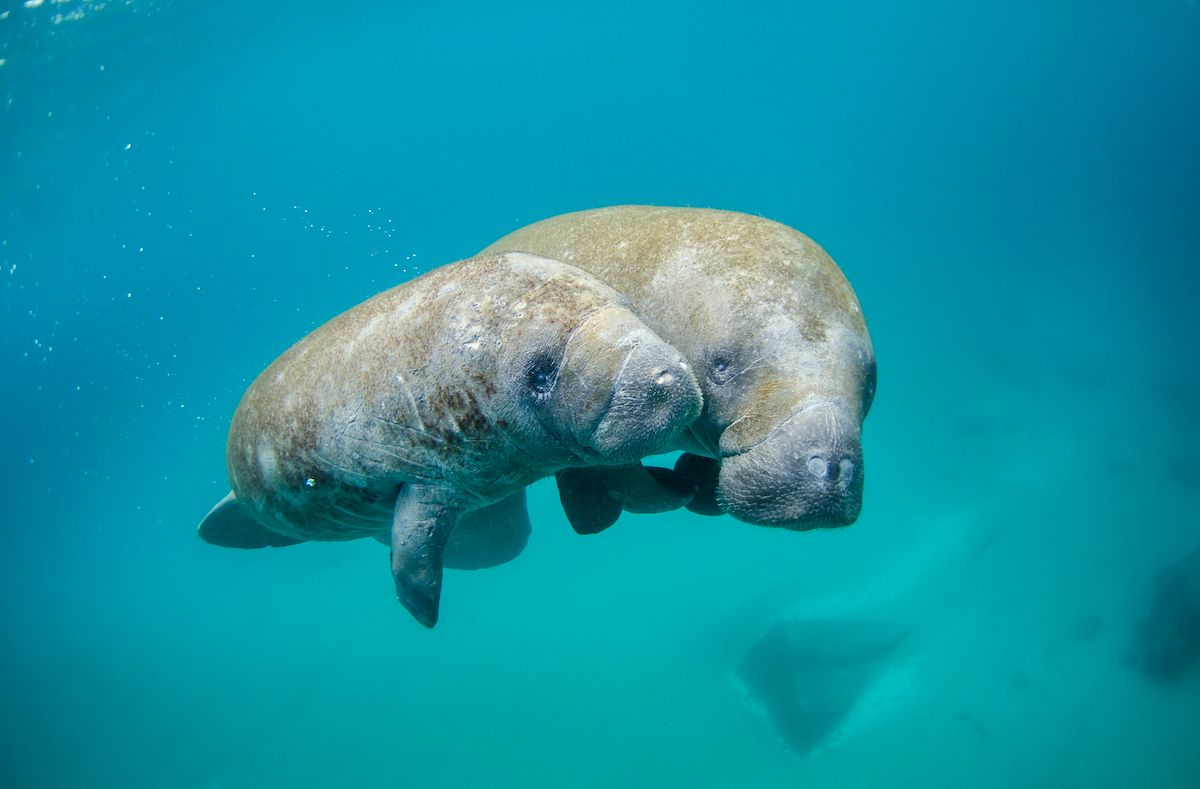 Manatees are incredibly intelligent marine mammals who show long-term memory and associative learning skills on par with dolphins. They are thought to have inspired the myth of the mermaid. (In 1493, Christopher Columbus saw three “mermaids” — in actuality, manatees — while sailing near the Dominican Republic.) And the sea cows talk to each other while playing and during intimacy.

Butt here’s the kicker: There is scientific evidence to suggest that they regulate their underwater buoyancy — their ability to rise and fall in the water column — by farting.

As depicted in an Instagram post shared on Dec. 10, 2020, informational illustrator Brian Ahearn claimed manatees can control their buoyancy underwater by passing gas. The post had received more than 10,000 likes at the time of this writing.

And while many populations remain relatively understudied, there is indeed scientific evidence to suggest that manatees flatulate to regulate their buoyancy.

(If you enjoyed that video, you might also appreciate these manatee toots.)

Unlike fish, manatees lack a specially designed organ known as a swim bladder that uses gas to regulate their buoyancy. To save energy while moving through the water column, manatees fart “just like humans do,” according to a blog post shared by Nanyang Technological University in Singapore.

As the only completely herbivorous aquatic mammal, according to the nonprofit organization Save the Manatee, the average adult manatee can measure just under 10 feet long and weigh between 800 and 1,200 pounds — and such size requires hefty portions. Manatees can consume up to 15% of their body weight in algae and seagrass every day. When this plant matter is broken down in the digestive tract, the production of methane occurs.

According to the Columbus Zoo, manatees can hold in their manatoots to get lighter and float near the surface. Letting one rip, on the other hand, allows the animal to sink lower in the water.

And this stinky little trick comes in handy. Manatees will surface every few minutes to breathe though they can hold their breath for up to 20 minutes, replacing 90% of the air in their lungs, reported Smithsonian Magazine. By comparison, humans replace just about 10%.

A study published in the peer-reviewed journal The Anatomical Record in April 2000 described observations showing that when manatees submerge, they are able to do so with minimal movement, indicating that there may be another force at play. And it goes both ways. Constipated manatees have also been recorded as lacking the ability to dive.

“Several manatees with buoyancy control problems have been rescued and taken to Lowry Park Zoo in Tampa, Florida. Observers reported that such distressed manatees exhibited a lack of buoyancy control, had distended caudal ends and that they floated with their tails higher,” wrote the study authors. “After treatment with a laxative, the animals expelled substantial volumes of gas, regained their buoyancy control, and then exhibited normal locomotory movements."

In addition to their flatulent talents, manatees hold a couple of specialized evolutionary tools up their flippers. With heavy skeletons and mostly solid bones, the added weight helps manatees to stay below water more easily. Additionally, the lungs and diaphragm of a manatee extend along almost the entire length of the animal’s back, essentially in the same plane as the manatee in water. Lastly, each lung is contained within a separate cavity, which also helps the manatee to both breathe and control its buoyancy.

Also known as “sea cows” for their seagrass-grazing, lackadaisical lifestyle, manatees are found in the Caribbean Basin, from the southeast U.S. to northeastern South America. Four populations of the marine mammal can be found around the globe, all of which belong to the scientific order Sirenia (so named for the manatee inspiration in the myth of mermaids). From the dugong found in the southeastern Pacific and Indian oceans to the Amazonian and West African manatees, each population is considered either endangered or soon to be.

You may also enjoy our collection of Flatulence Facts and Fallacies.