Did a Man Performing the ‘Bird Box Challenge’ Get Jumped and Mugged?

Now we have to be fearful about people acting out the avoidance of fears. 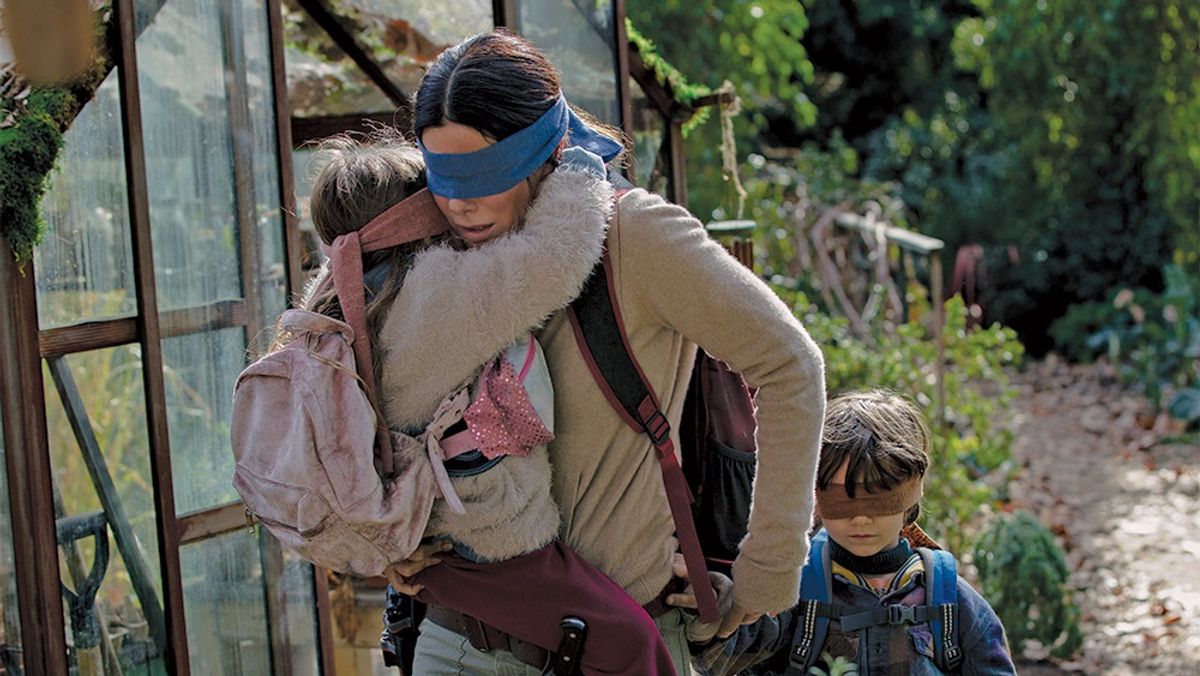 Claim:
Anthony Hanes was mugged in a "drug dealing neighborhood" while doing an online challenge inspired by the movie "Bird Box."
Rating:

The Netflix horror film Bird Box, starring Sandra Bullock, featured characters who must make a journey blindfolded in order to avoid seeing monsters who will otherwise drive them to suicide by taking the form of their worst fears.

Not long after the movie's December 2018, viewers began engaging in a "Bird Box challenge" that involved creating videos of themselves making their way around blindfolded (sometimes for up to 24 hours) and posting the results to social media tagged #BirdBoxChallenge:

So prevalent was the phenomenon that NetFlix tweeted out a plea for participants not to hurt themselves in performing the challenge:

Can’t believe I have to say this, but: PLEASE DO NOT HURT YOURSELVES WITH THIS BIRD BOX CHALLENGE. We don’t know how this started, and we appreciate the love, but Boy and Girl have just one wish for 2019 and it is that you not end up in the hospital due to memes.

The entertainment website Huzlers took advantage of the hoopla surrounding the film and the resulting social media phenomenon by publishing an article reporting that a man named Anthony Hanes had been mugged after accidentally wandering into bad neighborhood while making a "Bird Box Challenge" video:

Netflix’s new horror film “Bird Box” has people online attempting a new kind of challenge: going around blindfolded. The movie has spawned the internet sensation known as the #BirdBoxChallenge, with some people poking fun at the film.

Anthony Hanes tried to do the challenge himself and ended up in a drug dealing neighborhood know [sic] robberies. Anthony says all he remembers is someone screaming “WORLD STAR!!” as he was attacked and robbed by criminals. No one has yet been arrested but Anthony Hanes told police he knew it was a bad idea.

This story about Anthony Hanes getting mugged was just a bit of fake news, however.

One red flag: The story didn't mention where the alleged incident took place, referencing only a generic "drug dealing neighborhood." Another red flag could be spotted in the footer ofHuzlers.com, where the site identifies itself as a satirical publication: "Huzlers is the most infamous fauxtire & satire entertainment website in the world. If it's trending on social media you'll find it here!"

While this story may have been nothing more than a spoof, some people have truly been hurt while undertaking the "Bird Box Challenge. Needless to say, running around blindfolded isn't the safest activity, and some of these challenge videos ended with people falling over or running into walls.