A comedy video showing a football player tackling a child running for a touchdown was mistaken by some as genuine footage. 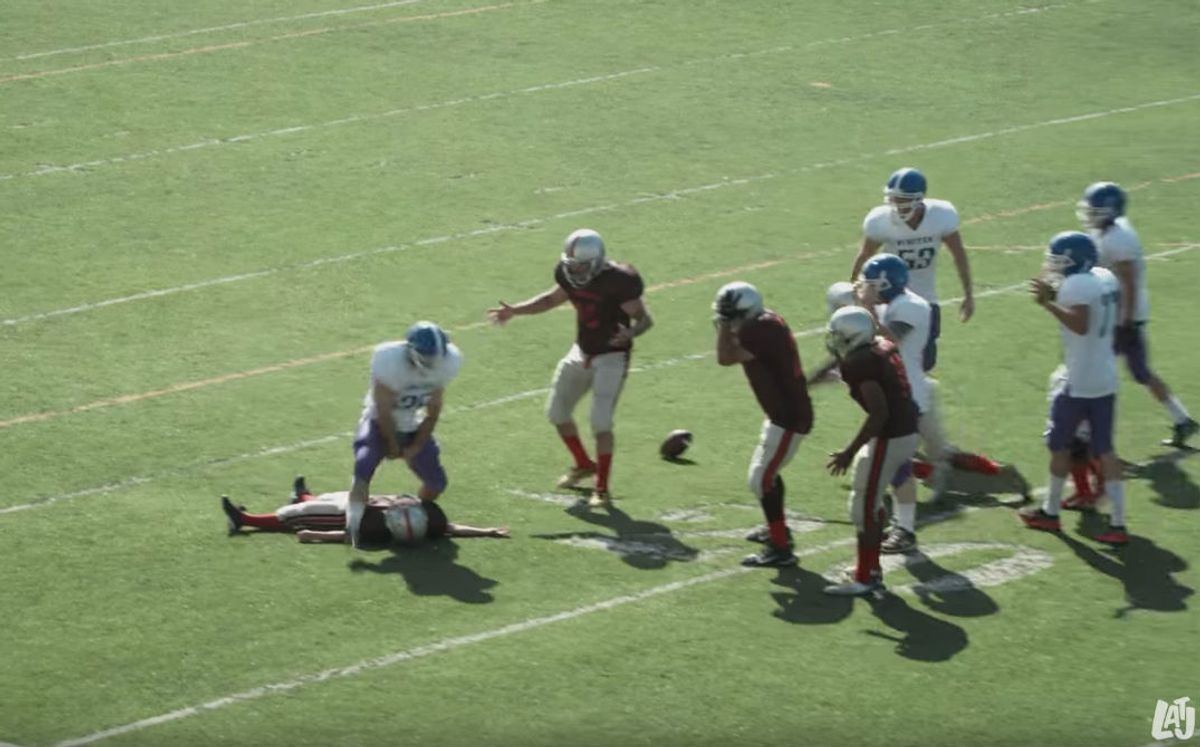 Claim:
A "Make-A-Wish" experience was ruined when a high school football player tackled a sick child running for a touchdown.
Rating:

In December 2016, footage appeared online purportedly showing a "Make-a-Wish" experience in which a sick child's attempt to score a touchdown abruptly ended when he was brutally tackled.

While various versions of this footage were shared with titles claiming that it depicted a real incident, this video was actually a comedy sketch from Jimmy Tatro.

The video was originally shared on the YouTube channel "Life According to Jimmy" on 12 December 2016, and was accompanied by a full list of credits, clearly indicating that it was a scripted sketch and not genuine footage of a failed "Make-A-Wish" (or, in some versions, "Grant-A-Wish") experience:

Further clues that the video was not real were in the description of the video on its YouTube page: "Tommy Douglas is granted his wish to score a touchdown for the Los Angeles Traffic."

While Los Angeles-area traffic is frequently described as being an entity unto itself, no such professional team by that name exists in Los Angeles.