Did Magic Johnson Donate Blood to Leukemia and Lymphoma Patients? 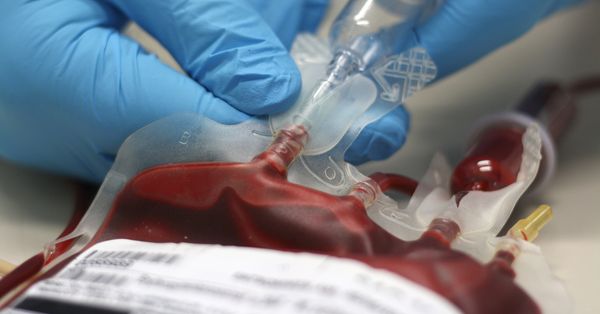 Back in March 2013, a Twitter user posted an image of Magic Johnson (who is HIV positive) having blood drawn alongside the worrisome claim that Johnson was "donating blood for charity," a rumor which later evolved to indicate the blood was to be used for leukemia and lymphoma patients: At the time the initial tweet began to circulate, the image was traced back to its original source, which proved to be a documentary titled Endgame: AIDS in Black America. The rumor died down until a fake news site rediscovered the picture and false attribution and ran with them, adding the embellishment about leukemia and lymphoma patients. That article stated:

Retired NBA star, Earvin "Magic" Johnson, has decided to run a blood drive in conjunction with American Red Cross to support the National Awareness Month for Leukemia and Lymphoma. So far, Johnson has had a of 1,827 donors including himself and has saved about so far.

Many people are finding it odd and a bit terrifying that Johnson is donating his blood as well since he has been diagnosed as HIV+ since November of 1991. Since then, it has been reported that Magic's HIV cell count remains so low that it is considered dormant. Although considered dormant, the virus still lives within Johnson.

The inaccurate attribution of the image of Magic Johnson's donating blood for leukemia patients "tipped" on social media once again when posted to the official page of comedian While the image itself is unaltered, it shows Johnson undergoing medical tests/treatment associated with his HIV-positive status, not donating blood for transfusions or organizing a blood drive in which he himself participated.