Was Madam C.J. Walker the First Woman To Become a Millionaire? 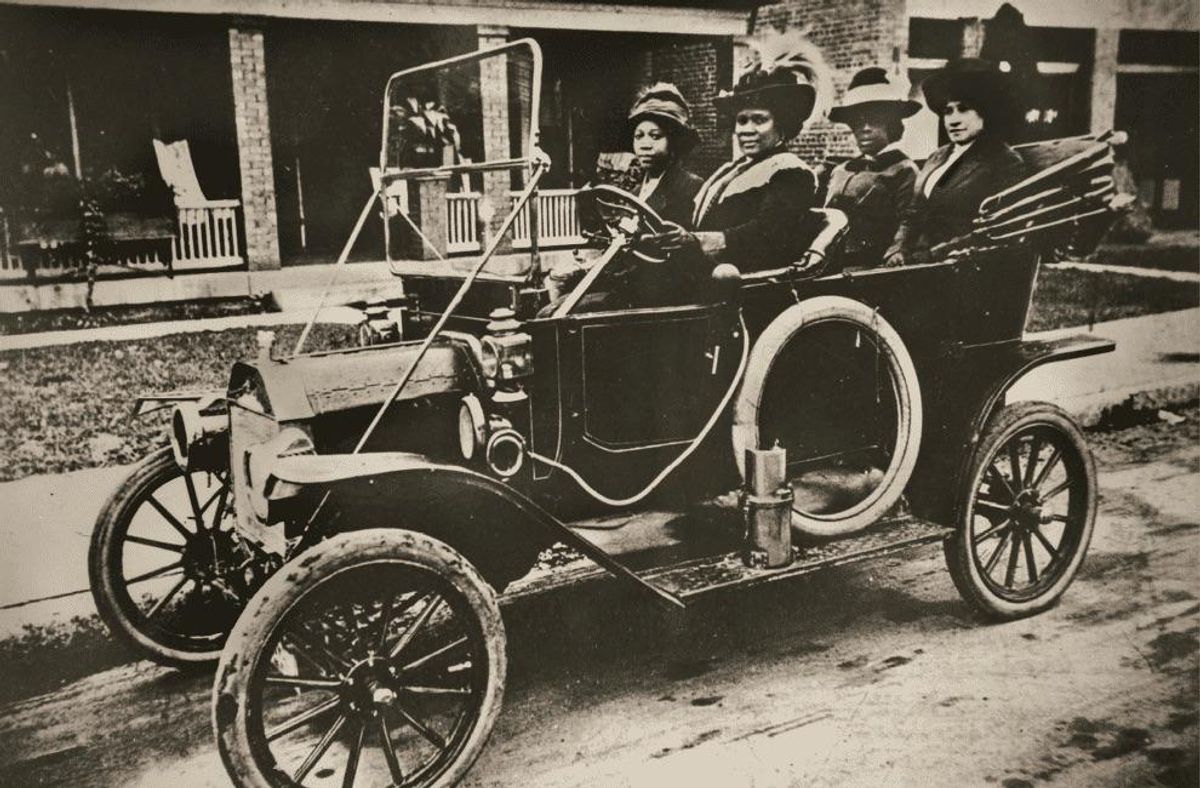 Claim:
A photograph shows Madam C.J. Walker, the first woman to become a millionaire in the United States.
Rating:

Madam C.J. Walker is widely considered to be the first woman to become a millionaire in the United States.

While Walker was certainly one of the first women to become a self-made millionaire, it's difficult to determine if she was indeed the first.

In February 2021, an old photograph supposedly showing Madam C.J. Walker in a luxury automobile with three other women was circulated on social media along with the claim that Walker was the "first woman to become a millionaire" in the United States:

Madam C. J walker in her luxury car in 1911 she was the first woman to become a millionaire by selling hair products, she used her wealth and influence to benefit fellow African Americans This photograph is genuine and this claim is largely accurate.

The Indiana Historical Society writes that Walker, born Sarah Breedlove, suffered from hair loss, dandruff, and other common hair problems, which drove her to find a solution. In 1905, she developed "Madam C.J. Walker's Wonderful Hair Grower" which she would then sell door to door, offering demonstrations of how to use the product: The company grew — Walker would later build a factory, a distribution center, and start several beauty colleges — and by the time of her death in 1919, the company was bringing in annual revenue of over $500,000.

The New York Age wrote after her death in 1919 that Walker was regarded at the time as the world's richest Black woman with an estimated worth of more than $1 million. In addition to overseeing a very successful company, the paper noted that Walker also owned several pieces of real estate, including two properties in New York valued at $700,000 and $400,000. While the Guinness Book of World Records lists Walker as the "first woman to earn a personal fortune of more than $1,000,000," they note that it's possible that another woman achieved the feat first. Some historians claim that Mary Ellen Pleasant, for instance, reached this milestone a decade before Walker's passing. By some estimates, Pleasant, a Black woman who made her fortune investing in real estate and gold, may have amassed nearly $30 million (combined with her partner) before her death in 1904.

While it isn't entirely clear if Walker was the first woman to become a self-made millionaire, she was certainly one of the first. Here's a video from the Smithsonian about Walker's life: