We investigated a claim about the song's most famous version. 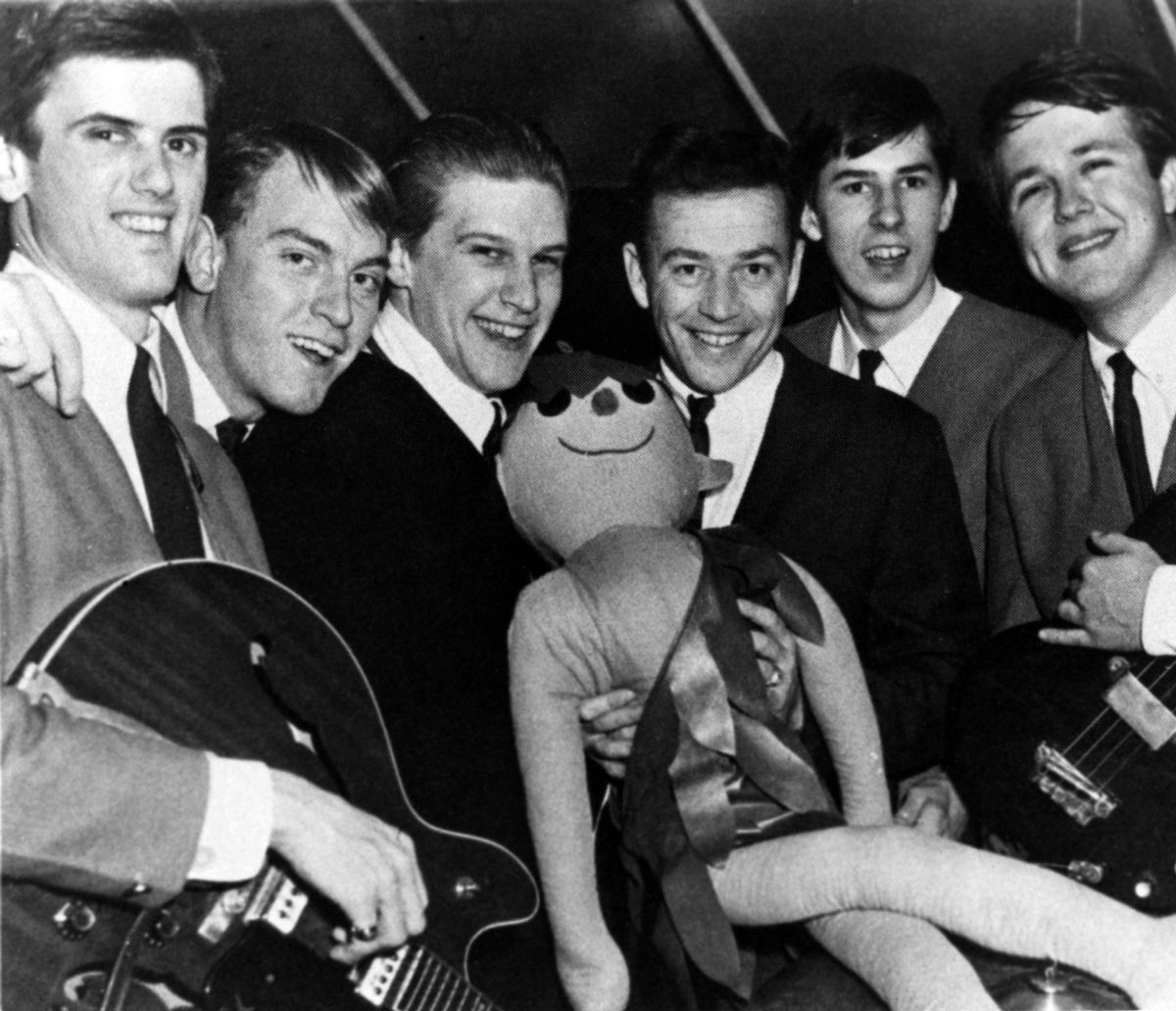 Claim:
Someone yelled the word "Fuck!" during The Kingsmen's 1963 recording of "Louie Louie."
Rating:

On Nov. 6, a popular TikTok video claimed that Lynn Easton, the drummer for The Kingsmen, yelled "Fuck!" during the band's classic recording of "Louie Louie."

Before The Kingsmen recorded the song in 1963, it was written and first performed by Richard Berry, according to The Indianapolis Star. Berry composed it in 1955 and released it in 1957 under the band name Richard Berry and The Pharaohs. (He had no relation to Chuck Berry.)

For our research, we turned to author Dave Marsh's 1993 book. It had quite the lengthy title: "The History and Mythology of the World's Most Famous Rock 'n Roll Song; Including the Full Details of Its Torture and Persecution at the Hands of the Kingsmen, J. Edgar Hoover's FBI, and a Cast of Millions; and Introducing for the First Time Anywhere, the Actual Dirty Lyrics."

According to page 97 in the book, it's true that drummer Lynn Easton yelled "Fuck!" during what is widely considered to be the definitive recording of "Louie Louie." While listeners might find it difficult to make out that specific word, we found that Marsh's book was well researched. He even interviewed Jack Ely, the singer and guitarist who belted out the lyrics for the hit song.

The moment in question can be heard at the 0:54 mark in the song in this YouTube video.

According to Marsh's book, The Kingsmen recorded the song at the "primitive" Northwest Recorders in Portland, Oregon. The band arrived at the studio for their scheduled time at 10:00 a.m. on Saturday, April 6, 1963.

Several challenges led to the recording of "Louie Louie" that the world is best familiar with today.

First, Marsh published that Ely was "forced to stand on tiptoe" because of the fact that the microphones were "hung from a large boom stand." It also didn't help that he had braces on his teeth, nor was it perhaps usual for a rock 'n' roll band to be up so early in the morning, as Marsh noted. On top of all of that, a rumor even stated that the band had recently performed a "marathon" session of music at a club for teenagers, perhaps straining Ely's voice.

In Marsh's book, he published details about the moment when Easton yelled "Fuck!" during "Louie Louie":

After he'd made his adjustments, [Robert] Lindahl retreated into the engineer's booth, where he sat with Ken Chase, who observed through the large soundproof window. Easton hit the downbeat and crashed about a third of the way through the first verse when Chase's voice suddenly squawked through the intercom: "Wait! Wait a minute! Gotta change a couple of things in here." The band stood idly strumming and banging while the "producer" and engineer fiddled with knobs and dials.

A couple minutes later Chase called, "Okay, let's just do a run-through, just so I can set the levels." Easton counted the song off and again kicked into "duh duh duh, duh duh." Ely squalled upward at the mike as hard as he could. The band was nervous; this may have been a rinky-dink setup but it was their shot. Ely yawped like Donald Duck in a rage on "Okay, let's give it to 'em, right now!" The others' nerves showed, too: Just before the vocal came back in, Lynn Easton clacked his sticks together and cussed, "Fuck!" Although Lynn was off-mike, he said it loud enough to register slightly on the tape, and he never quite recovered the beat, stuttering and stumbling throughout the rest of the take. When they got to the guitar break, Mike Mitchell fumbled his way through the Rich Dangel-inspired solo as if he'd never heard of the song before. By the time Jack yelped his final "Let's go!" they sounded relieved to be finished. Now they waited for Chase to call for the first real take.

Instead, his voice came through the intercom: "Okay! That was great. What do you guys wanna put on the backside?"

The version that the band thought was a rehearsal ended up being the recording that's been heard around the world for decades.

In Peter Blecha's 2009 book, "Sonic Boom!: The History of Northwest Rock, from Louie, Louie to Smells Like Teen Spirit," he wrote that Eastman "allegedly dropped a drumstick during the second chorus," prompting him to yell "Fuck!" during "Louie Louie." This was slightly different than Marsh's account that Easton "clacked his sticks together." He also referred to the studio as Northwestern, Inc., not Northwest Recorders. We were unable to track down the studio's official name.

On page 137 of Blecha's book, he mentioned that the Raiders, also known as Paul Revere & the Raiders, performed at the Vancouver, Washington Trapadero Teen Club on March 30, 1963. It's unclear if The Kingsmen also performed at the club on the night before their April 6 recording, or if the bands were confused for one another when listeners told the story of Eastman's expletive moment.

In sum, it's unclear what exactly happened with Easton's sticks while he was drumming that caused him to yell "Fuck!" during "Louie Louie." However, what is clear is that two books about the song's history both mentioned that the obscenity happened during the 1963 recording made by The Kingsmen, whether listeners can make the word out or not.

We previously reported on the completely separate saga regarding the controversy and FBI investigation that ensued about the song's lyrics after it became popular.

Blecha, Peter. "Sonic Boom: The History of Northwest Rock, from 'Louie Louie' to 'Smells Like Teen Spirit.'" Hal Leonard Corporation, 2009.
Marsh, Dave. Louie Louie: The History and Mythology of the World's Most Famous Rock 'n Roll Song; Including the Full Details of Its Torture and Persecution at the Hands of the Kingsmen, J. Edgar Hoover's FBI, and a Cast of Millions; and Introducing for the First Time Anywhere, The. University of Michigan Press, 2010.
Nast, Condé. "Is This the Dirtiest Song of the Sixties?" The New Yorker, 6 May 2015, https://www.newyorker.com/culture/cultural-comment/jack-ely-louie-louie-the-dirtiest-song-of-the-sixties.
"Richard Berry (the Man Who Wrote LOUIE LOUIE)" " The Louie Report. https://www.louielouie.net/blog/?page_id=2667.
"That Time Indiana Teens Ratted out Dirty 'Louie Louie' Lyrics, and the FBI Got Involved." IndyStar, https://www.indystar.com/story/entertainment/2019/01/02/kingsmen-louie-louie-richard-berry-song-lyrics-dirty-version-fbi-investigation-indiana-teens/2240339002/.