Did Lou Holtz Praise Hitler as a Great Leader?

An old quote resurfaced as the former football coach was awarded the Presidential Medal of Freedom in December 2020. 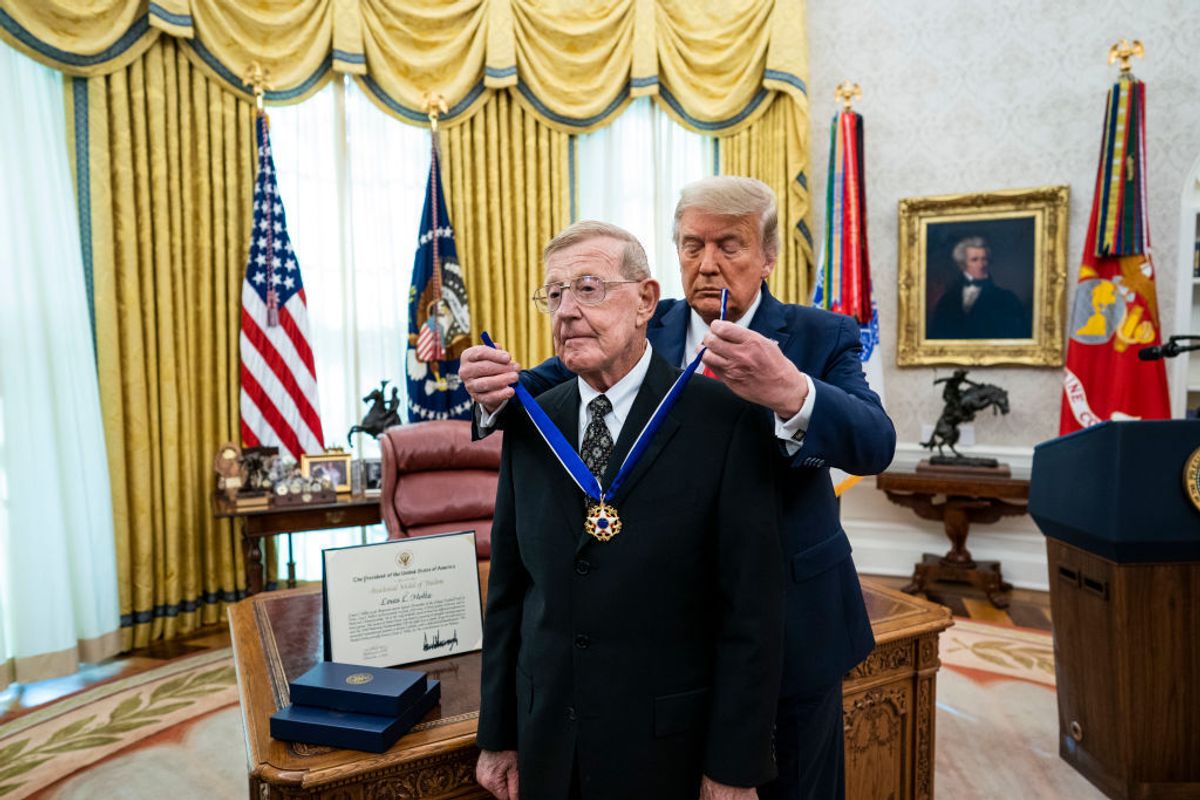 Lou Holtz once said "Hitler was a great leader."

Holtz later clarified that he meant to say a "bad leader." The football coach also issued an apology for making a Hitler reference during a sports broadcast.

On Dec. 3, 2020, former college football coach and television analyst Lou Holtz was awarded the Medal of Freedom by U.S. President Donald Trump during a ceremony in the Oval Office. CNN reported:

The Oval Office ceremony included a tightly packed audience of dozens of people, many of whom were not wearing masks, according to reporters in the room.

As Holtz was being honored for this award, some social media users noted that he had once praised the leadership of Nazi Führer Adolf Hitler:

We have not been able to find a video of this remark. A contemporary article from the New York Daily News, however, noted that Holtz' walked back his comment after he was prompted by one of his co-analysts.

Holtz, a studio analyst for the network, said on a Friday night "GameDay" show that Rodriguez may well be a leader of men, but then added, "Ya know, Hitler was a great leader, too."

ESPN said it has no plans to suspend Holtz, as it did ESPN.com columnist Jemele Hill in June, after Hill compared rooting for the Boston Celtics to rooting for Hitler.

Holtz also issued an apology for the remark, saying:

"Last night while trying to make a point about leadership, I made an unfortunate reference. It was a mistake and I sincerely apologize."

Holtz truly did once say that "Hitler was a great leader." The football coach may have misspoken, however, and later issued an apology for the remark.