Did Chicago Mayor Lori Lightfoot Refuse To Give Interviews to White Journalists?

A letter to the Chicago press on the two-year anniversary of the mayor's inauguration drew fire from conservative media. 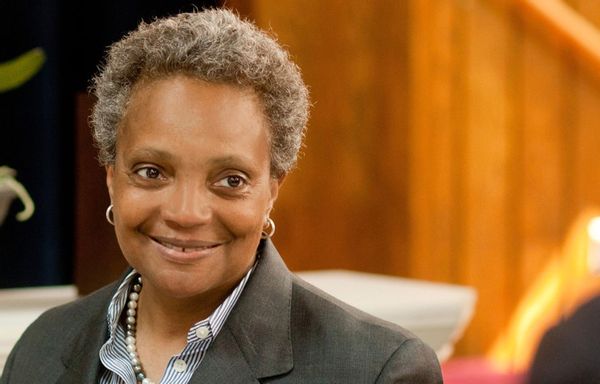 Image Via Lori Lightfoot for Chicago

Claim:
Chicago Mayor Lori Lightfoot announced she would not do interviews with white journalists.
Rating:

Lightfoot sent a letter to the Chicago press stating that on the two-year anniversary of her historic inauguration, she would only grant one-on-one interviews to journalists of color to highlight the lack of diversity in the news media.

It's not true that Lightfoot refused to do any more interviews with white journalists. Her decision was limited to one-on-one interviews for one day.

On May 19, 2021, during a segment on his Fox News show "Tucker Carlson Tonight," host Tucker Carlson compared Chicago Mayor Lori Lightfoot to the Nazis.

"If some day the Chicago police round up the entire population of the city, Lori Lightfoot would have no trouble pulling the right ones out of line for punishment," Carlson stated. "By the way in case you're wondering, yes, that was a Nazi reference. It was deserved. Lori Lightfoot is a monster."

How did Lightfoot, Chicago's first female, Black, and openly gay mayor get compared to the Nazis by Carlson, a media figure who has been criticized for promoting racist conspiracy theories on his program?

Carlson's comments represented hyperbolic outrage over a decision made by Lightfoot to only do one-on-one interviews with journalists of color for one day, a symbolic gesture to highlight the lack of diversity in newsrooms.

On May 19, 2021, Lightfoot issued a letter to the Chicago press stating that as mayor, she hoped to break up the status quo "that has failed so many residents across our city." But, she noted, that status quo exists not just at City Hall but in public and private institutions.

That includes, Lightfoot's letter stated, the news media that cover Chicago City Hall. Lightfoot's letter said that since her 2019 inauguration, the country has "faced an historic reckoning around systemic racism," a reference to the massive racial-justice demonstrations in the spring and summer of 2020 sparked by high-profile killings of Black people, including the murder of George Floyd.

"I have been struck since my first day on the campaign trail back in 2018 by the overwhelming whiteness and maleness of Chicago media outlets, editorial boards, the political press corps, and yes, the City Hall press corps specifically," she wrote, later adding that the news media have failed to evolve with the norms and needs of the times. "Diversity matters and without it, how can you as the media truly speak to the needs and interests of the diverse and nuanced constituency you claim to serve until you do the work necessary to reflect that constituency."

In response to Lightfoot's move, the National Association of Black Journalists (NABJ) released a statement that said, while it couldn't support the decision to exclude journalists from interviews on the basis of race, the decision does highlight the fact that "Black and Brown journalists have been quietly excluded from a number of access points over the years." The statement further read:

While the mayor has every right to decide how her press efforts will be handled on her anniversary, we must state again, for the record, that NABJ’s history of advocacy does not support excluding any bona fide journalists from one-on-one interviews with newsmakers, even if it is for one day and in support of activism. We have members from all races and backgrounds and diversity, equity and inclusion must be universal. However, the mayor is right in pointing to the fact that Black and Brown journalists have been quietly excluded from a number of access points over the years. We know first hand it is painful and unhealthy for our communities.

NABJ is also gravely concerned to see that a city with such a diverse population has no fair representation of communities of color in its local press corps.

This local issue is reflective of what is happening around the country and we continue to work to change the status quo. We have been successful in a number of areas to dramatically improve access and promotions for Black journalists, especially during the awakening and racial reckoning stemming from George Floyd’s death.

A lack of newsroom diversity isn't a new issue by any means. A 2018 analysis by Pew Research Center noted that newsrooms are less diverse than the overall U.S. workforce. Pew reported that, "More than three-quarters (77%) of newsroom employees – those who work as reporters, editors, photographers and videographers in the newspaper, broadcasting and internet publishing industries – are non-Hispanic white."