Lord of the Rings Donut

An image purportedly showing a donut with "Muslim writing" on it actually depicts a pastry with Orkish writing in frosting. 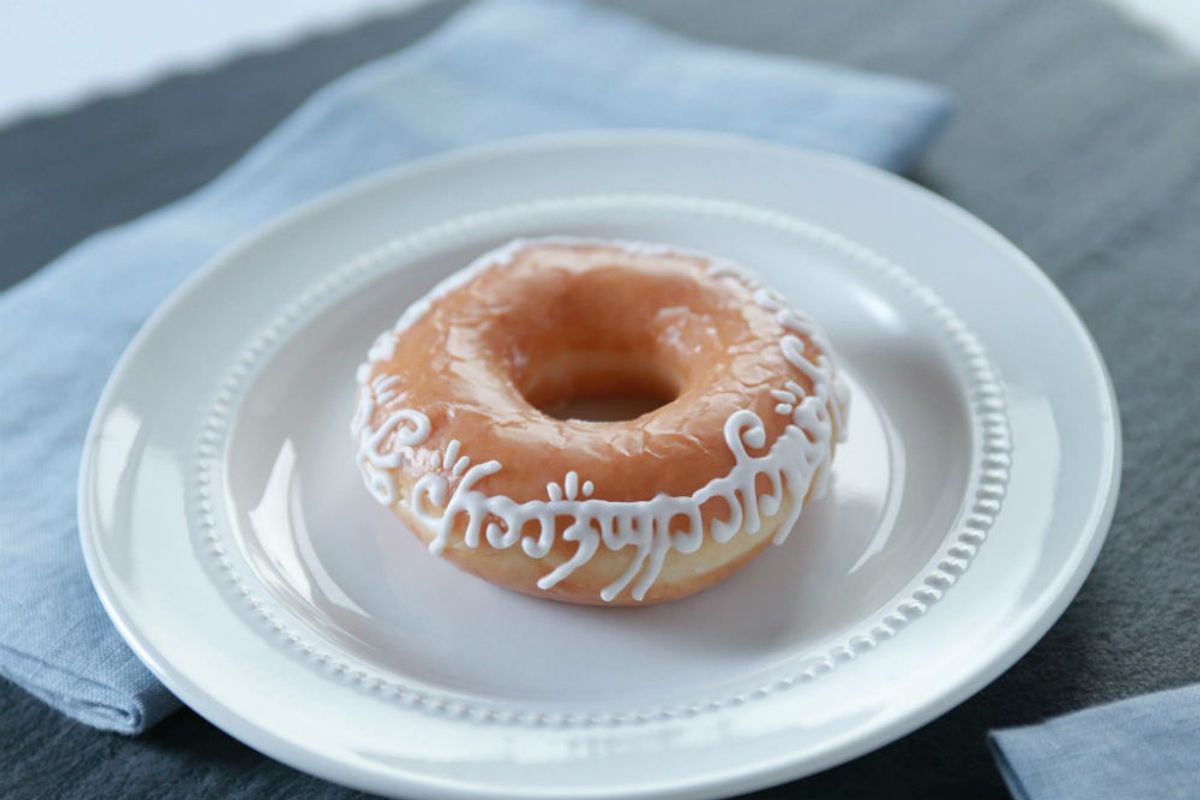 Claim:
A photograph shows a donut with "Muslim writing" on it.
Rating:

An image purporting to show a donut covered with "Muslamic writing" on it appeared on social media in December 2016, alongside the claim that the pastry was handed out at a school: Although it was a spoof from a Facebook page called "Mordor First" (once again proving that one can never be completely sure where the Internet is concerned), the claim was apparently believable enough for people on social media to share it to their unsuspecting acquaintances, albeit without any information about the school that was guilty of handing out the "discraceful", "Muslamic" donut.

The treat displayed here was actually created by Rosanna Pansino in June 2015, and shows a donut ringed with frosting letters in Orkish (or more specifically, Black Speech), a fictional language created by author J.R.R. Tolkien for his Lord of the Rings trilogy:

Today I made fun and easy Lord of the Rings donuts! I really enjoy making nerdy themed goodies and decorating them. I'm not a pro, but I love baking as a hobby.

Perhaps unsurprisingly given the Internet's love for both donuts and Tolkien, this was not the first Lord of the Rings-themed donut to make its way around the internet. In April 2014, artist Mirach Ravaia shared her version of the donut: A variation of this meme was posted to the entertainment Facebook group "Christians For Michele Bachmann," which claimed  that these donuts were actually being given away at Starbucks: Of course, the frosting on the above-displayed donut does not call for Shariah law (or even Shakira law). Our Orkish is rusty, but we were able to roughly translate it as:

In English, this means: